NHDPlusV2 benefits from significant improvements to its primary ingredient datasets as well as a more robust stream flow estimation process, which incorporates runoff estimates from a USGS national water balance model. There are also new components, such as, excess potential evapotranspiration, major water withdrawals and additions and network-interpolated adjustments to align with gaged flows.

NHDPlusV2 consists of the following components:

NHDPlusV2 attribute and vector data are distributed by hydrologic regions (HUC2) or, in the case of regions 10 and 03, parts of hydrologic regions. These regions or parts of regions are called Vector Processing Units (VPUs). The NHDPlusV2 raster components are distributed by sub-parts of VPUs called Raster Processing Units (RPUs). A national shapefile of the VPU and RPU boundaries is available.

In addition to the user guide and metadata, the release notes that are posted with each VPU contain supplemental information describing data lineage.

Select the data region of your choice by clicking on the map below or selecting the name from the list. 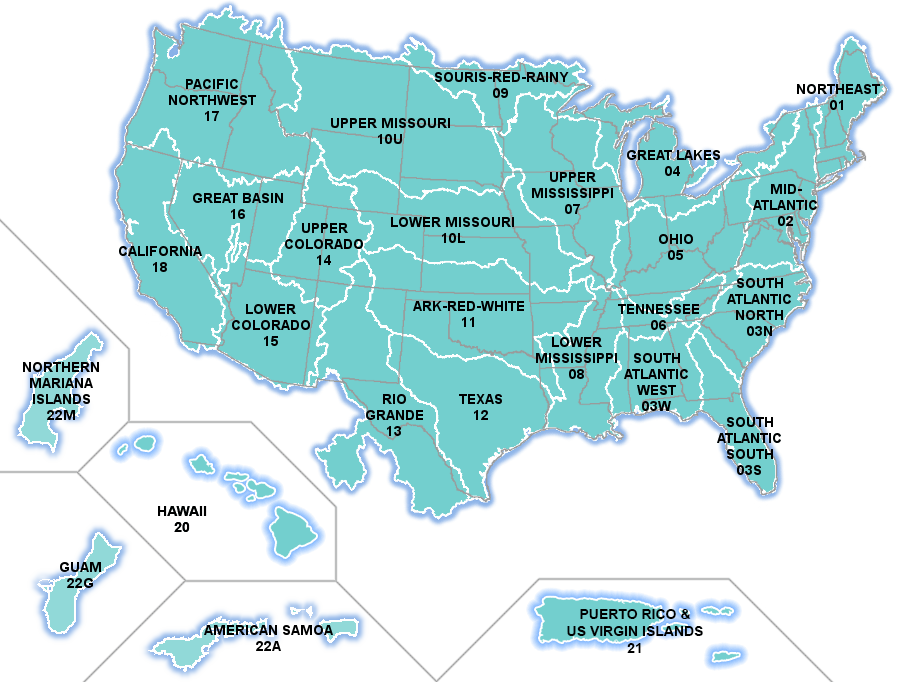