The WATERSKMZ Tool is a compressed Keyhole Markup Language (KML) file that provides easy access to geospatial WATERS data and services. The current release of the tool requires the use of Google Earth Exitversion 5.0 or higher. 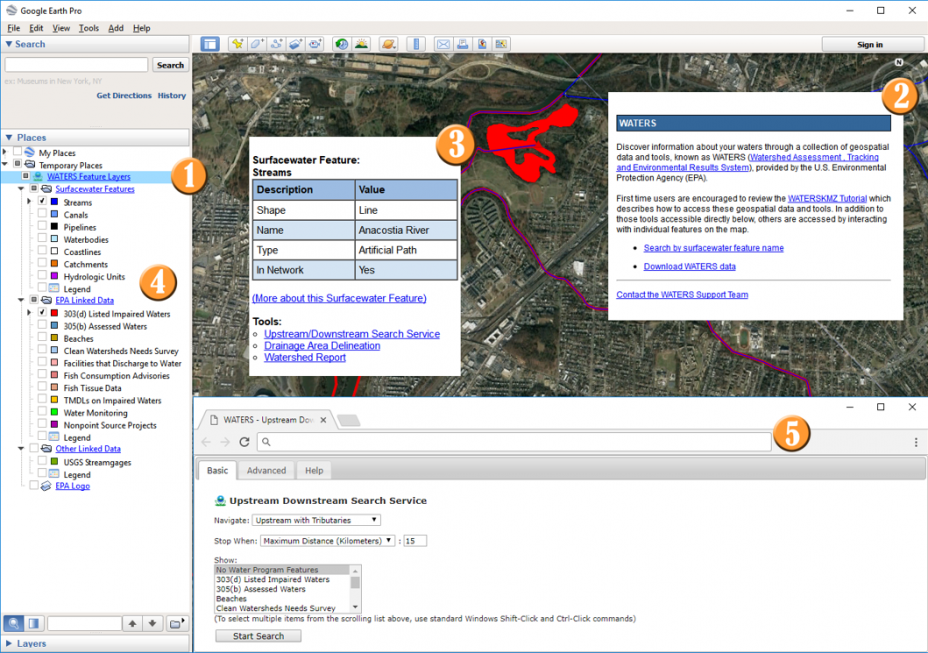 Please refer to the underlying data and/or services web page for metadata related to the WATERSKMZ.

The user is responsible for reading and evaluating dataset limitations, restrictions, and intended use. For additional information, please see WATERS Terms of Use and Disclaimer.