Whether in drought-prone regions of the country or on the shores of a glimmering lake, a WaterSense labeled home makes sense for any home-buyer. Using water more efficiently not only saves the resident water, energy, and money on their utility bills, but can also benefit entire communities by reducing stress on local infrastructure. You can help consumers and your community save water for future generations by helping identify products and homes that have earned the WaterSense label.

The market for "green" homes has consistently been—and is expected to remain—one of the healthiest segments of the residential real estate industry. If you are a real estate professional, now is the perfect time to set yourself apart in your local market by making yourself an expert on the next generation of green building—water efficiency.

By partnering with WaterSense and constructing homes to earn the label, builders can establish their commitment to conserving natural resources in the communities they serve. EPA has created tools and resources to help builders promote their WaterSense partnership, build homes to meet EPA's criteria, educate homeowners about the home's features, and market newly labeled homes.

University City Magazine profiled the first family to move into a home built to the Single-Family New Home Specification. For more information, please read the article (3 pp, 1.4 MB, About PDF).

zHome: The First Community of All WaterSense Labeled New Homes in the Nation 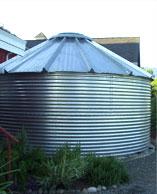 In January 2012 the zHomeExit community in Issaquah, WA became the first community of homes in the Nation in which every home had earned the WaterSense label. It is the first, zero-energy, carbon-neutral townhome community in the US, and in addition to the homes each earning the WaterSense label, zHome also received the Forest Stewardship Council’s 2011 award for the best residential project in North America.

zHome has gone above and beyond the WaterSense specification for homes by including a multitude of WaterSense products and water-efficient design, with a net reduction of 70 percent in potable water use compared to a typical King County home. 2010 WaterSense Partner of the Year, Cascade Water Alliance, provided WaterSense labeled toilets, showerheads, and bathroom faucets, as well as innovative, real-time use monitors for every unit to ensure maximum efficiency. Each zHome unit also includes a rainwater harvesting tank (ranging in size from 1,000 to 1,800 gallons) that is used for clothes washing and toilet flushing. 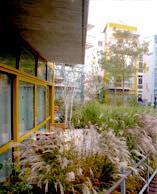 The water savings continue outside as well. In addition to choosing plants that provide habitat for birds and wildlife, the landscaping uses drought-tolerant plants that don’t require watering once they’re established and are enhanced by using nutrient-rich compost that helps hold water, improve soil quality, and reduce runoff. In the end, the landscape didn’t cost more, it just a took smart landscape design. 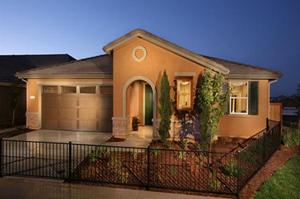 In November 2010, national builder KB HomeExit made history at its Springwood community in Roseville, California, when it completed construction of the first new homes built to the WaterSense New Homes Specification. In addition to committing to build every home in the Springwood community to earn the WaterSense label, KB Home quickly expanded its offerings of WaterSense labeled homes to other communities in Florida and Texas.

Each WaterSense labeled home is designed to use 20 percent less water than a typical new home inside and out—for a family of four, that's a difference of about 50,000 gallons of water per year compared to a typical home, or enough for nearly 2,000 loads of laundry and as much as $600 in annual utility bills! In addition to building the first WaterSense labeled homes, the company has incorporated WaterSense labeled products into every one of the thousands of homes it builds each year across the country.

To educate homeowners on the benefits of saving water, KB Home has displays highlighting WaterSense in its sales offices. As part of the company's Built to Order™ program, homebuyers can select WaterSense labeled products and additional water-efficient features at the KB Home Studio—a retail-like showroom where consumers meet with personal design consultants. To further demonstrate water savings in its model homes, KB Home's Architecture Department prepared a "waterwise" landscaping guide for all its divisions. 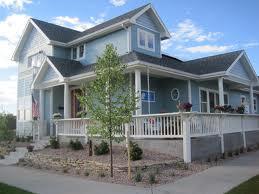 From the Colorado River to the Rocky Mountains, the state of Colorado is known for its gorgeous scenery and emphasis on living "green." That makes the WaterSense label feel right at home!

In October 2011, WaterSense builder partner GJ Gardner Northgate completed the region's first WaterSense labeled home in the Gold Hill Mesa area of Colorado Springs, Colorado. This home, known as "Ascension," is certified to be 20 percent more water-efficient than a typical new home and contains a number of other sustainable features.

In January 2012, the zHomeExit community in Issaquah, Washington, became the first community of homes in the country in which every home earned the WaterSense label. It is the first townhome, zero-energy, carbon-neutral community in the United Sates, and in addition to the homes each earning the WaterSense label, zHome also received the Forest Stewardship Council's 2011 award for the best residential project in North America.

zHome has gone above and beyond the WaterSense specification for new homes by including a multitude of WaterSense labeled products and water-efficient design, with a net reduction 70 percent in potable water use compared to a typical King County home. Cascade Water Alliance (2010 WaterSense Partner of the Year) provided WaterSense labeled toilets, showerheads, and bathroom faucets, as well as innovative, real-time use monitors for every unit to ensure maximum efficiency. Each zHome unit also includes a rainwater harvesting tank (ranging in size from 1,000 to 1,800 gallons) that is used for clothes washing and toilet flushing.

The water savings continue outside as well. In addition to choosing plants that provide habitat for birds and wildlife, the landscaping uses drought-tolerant plants that don't require watering once they're established and are enhanced by using nutrient-rich compost that helps hold water, improve soil quality, and reduce runoff. 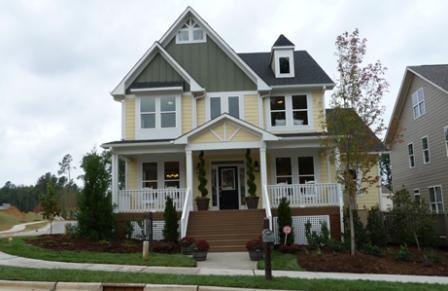 Vanguard Homes unveiled the first new home to meet EPA's draft criteria for water efficiency and performance in November 2008 as a participant in the WaterSense Labeled New Homes Pilot Program.

When Jennifer Bowman and her family of four moved into this home they found out first hand the benefits of moving into a home built to meet WaterSense criteria for water-efficient new homes. The house, just outside Chapel Hill, North Carolina, touts a host of water-saving features, including kitchen and bathroom fixtures with aerators that reduce the amount of water needlessly sent down the drain as well as WaterSense labeled toilets. "We love this house," says Bowman. "Living here has enabled us to do good things for the environment, without drastically changing our lifestyle."

If anything, some aspects of the home have made life more convenient for the Bowmans. Doorbell-shaped buttons in the kitchen and bathrooms flush and re-circulate water through the pipes, allowing hot water to arrive to fixtures quicker, saving time and water. "Guests are curious when they see those buttons, but once we explain it, they think it's the coolest thing… they think we're like the Jetsons," Bowman says. Indeed, the future is now for homes that can help conserve water resources without giving up quality of life.

Saving some serious change in the process is another perk. The Bowman family's water bills are routinely in the lowest or second-lowest range of usage possible, and they don't have to obsess over every last drop. Still, the Bowmans, who have always been water-conscious, find that their home's performance motivates them to do their part to conserve water.

"When people think green, they think sacrifice," says Bowman, "but [in the future] buying a WaterSense labeled home won't change your way of life, and it won't break the bank. It's also the right thing to do for my kids and eventually my grandkids." Especially in states with recurring drought concerns, conserving water every day by purchasing a home built to the WaterSense program's specification will be a smart investment for future homebuyers and future generations.

Learn more about the Bowmans' water-efficient digs in a story featured in University City Magazine (PDF)(3 pp, 1.26 MB, About PDF). 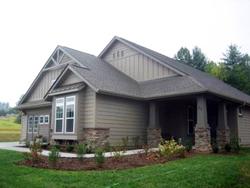 "It feels good to complete our model home and to be able to show consumers how this home is a solution to some of the issues we face today," says Jeff Huntley, president of Nappier & Turner. "This program is a continuation of our commitment to building sensible, green homes that are designed to work well for occupants and are easy on our natural resources. WaterSense gives us the guidelines to help make the right decisions with the homes we are building."

As one of seven builders chosen to participate in EPA's new homes pilot program, Nappier & Turner's home was the second home to be built to the WaterSense draft specification for new homes. Vanguard Homes finished the first WaterSense labeled home as part of the pilot in Chapel Hill, North Carolina, in early 2009. 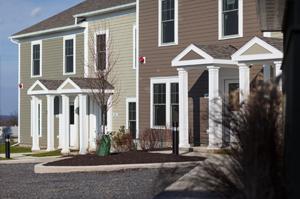