Minnesota, with its 10.6 million acres of wetlands, has been studying and monitoring their wetlands since the 1990s with the help of Wetland Program Development Grants (WPDG) from EPA. Minnesota’s stated wetland goal goes further than the federal no-net-loss policy goal regarding acreage of wetlands, to include the quality and biological integrity of the state’s wetlands. To support this ambitious goal, the state realized that more sophisticated monitoring and assessment approaches were greatly needed, so Minnesota’s Pollution Control Agency (MPCA) developed a level 3 wetland monitoring and assessment approach using a Floristic Quality Assessment (FQA), a vegetation-based ecological condition assessment.  Learn more about EPA’s National Wetlands Monitoring and Assessment.

In 2008 MPCA began to apply FQA methods to their statewide wetland monitoring assessments, known as the Minnesota Wetland Condition Assessment (MWCA). An FQA is an intensive process that requires highly trained botanical and wetland experts to complete the data collection and analyses. To complete their FQA in a timelier manner, MPCA decided to apply a level 2, or rapid, assessment method to the FQA called a “timed meander”. The timed meander approach relies on a simplified plant list and field workers are only observing for those plants, making for a shorter and more concentrated efforts. The MPCA brought in a team of state and federal regulatory staff and managers, as well as private wetland professionals to produce this state-wide rapid-FQA that could work in all of Minnesota’s diverse wetlands and for a variety of applications. This includes the rapid list of about 300 of the most common plant species for Minnesota, allowing for more usability than some of the longer plant lists for assessments.

MPCA’s use of the timed meander in concert with the FQA method allows the approach to be used from small to large and complex wetland settings. FQA scores are then assessed against data-driven criteria to produce robust wetland vegetation quality assessments.  Because vegetation condition is the primary indicator for wetland health and quality, the results of the rapid-FQA have many applications including ambient and long-term status and trend monitoring, mitigation sequencing, restoration and mitigation standards, local and regional planning, meeting the stated wetland goal, and identifying candidate high quality wetlands for preservation.

MPCA credits their success to the great collaboration within their division and state agencies as well as with the Army Corps of Engineers. Even though the Minnesota Department of Natural Resources (DNR) conducts another, separate biological survey, the two agencies have been able to combine their data to further calibrate the FQA scoring and focus on state-wide sampling gaps. They have already successfully shared their methods with the states of Wisconsin and Ohio, meaning their techniques are readily understandable and transferable to other states. MPCA hosted webinars for EPA Regions 1, 3, and 5 in 2014 and 2015 and presented at the 2017 Association of State Wetland Managers meeting. Mike Bourdaghs, the master mind behind the timed meander method and much of the FQA work, holds regular trainings and consultations as well.

Since the inception of the rapid FQA, Minnesota has noticeably increased the scope of their monitoring from focusing mainly on depressional marshes to virtually all of Minnesota’s wetlands while quantifying the potential anthropogenic impacts that may be associated with certain wetlands conditions. The great increase in monitoring effort and scope has helped reveal both quantity and quality of their state wetland resources to help execute their no-net-loss goals. 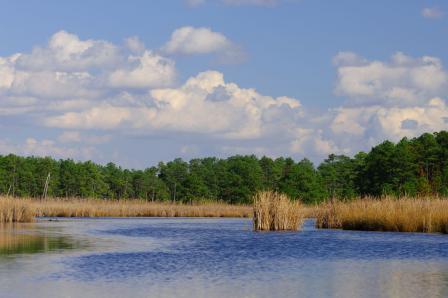