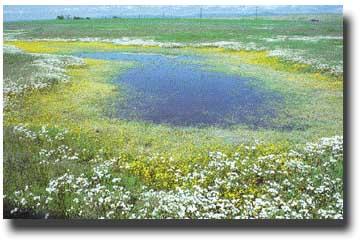 Vernal pools vary size and are ponded only during the wetter part of the year.

Vernal pools are seasonal depressional wetlands that occur under the Mediterranean climate conditions of the West Coast and in glaciated areas of northeastern and midwestern states. They are covered by shallow water for variable periods from winter to spring, but may be completely dry for most of the summer and fall. These wetlands range in size from small puddles to shallow lakes and are usually found in a gently sloping plain of grassland. Western vernal pools are sometimes connected to each other by small drainages known as vernal swales, forming complexes. Beneath vernal pools lies either bedrock or a hard clay layer in the soil that helps keep water in the pool.

Climatic changes associated with each season cause dramatic changes in the appearance of vernal pools. The pools collect water during winter and spring rains, changing in volume in response to varying weather patterns. During a single season, pools may fill and dry several times. In years of drought, some pools may not fill at all. 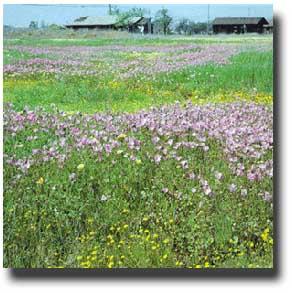 The term vernal pool originally referred only to small, intermittently filled wetlands found in the Mediterranean-type climate of the western United States. Today it is used more broadly to include other small ephemeral wetlands found country-wide.

In the spring, wildflowers often bloom in brilliant circles of color that follow the receding shoreline of the pools. By early summer, the water has evaporated, and the clay pools appear brown, barren, and cracked.

However, appearances may be deceiving. The unique environment of vernal pools provides habitat for numerous rare plants and animals that are able to survive and thrive in these harsh conditions. Many of these plants and animals spend the dry season as seeds, eggs, or cysts, and then grow and reproduce when the ponds are again filled with water. In addition, birds such as egrets, ducks, and hawks use vernal pools as a seasonal source of food and water.

Vernal pools are a valuable and increasingly threatened ecosystem, often smaller than the bulldozer that threatens to destroy them. More than 90% of California's vernal pools have already been lost. Great efforts are being made to protect the remaining vernal pools, as their disappearance marks the loss of rare and important habitat and some of the associated plant and animal species as well. 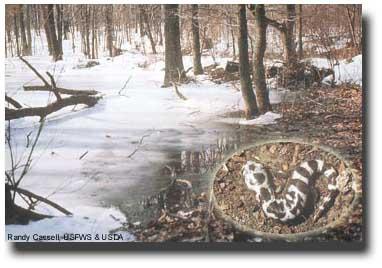