A consent decree with a major coal company and its subsidiaries resolves Clean Water Act violations in five states and requires operational upgrades and other steps to ensure future compliance.

Arch Coal Inc., one of the nation’s largest coal companies, and 14 of its subsidiaries under the International Coal Group Inc. (ICG) agreed in a settlement with EPA and the U.S. Department of Justice to conduct comprehensive upgrades to their operations to ensure compliance with the Clean Water Act.

EPA Regional Administrator Shawn M. Garvin called the settlement “good news for water quality in the Appalachian region, and especially for the people living in the overburdened and underserved communities. It represents an important step forward by requiring these companies to take necessary actions to reduce pollution from their mining operations.”

Additional measures required by the settlement include: 

A government complaint filed concurrently with the settlement alleged that in the last six years, ICG operations violated discharge limits for aluminum, manganese, iron and total suspended solids in their state-issued National Pollution Discharge Elimination System permits on more than 1,200 occasions, resulting in over 8,900 days of violations. Of those violations, 700 had been previously resolved by state enforcement actions in Kentucky and West Virginia.

EPA discovered the violations through inspections of ICG facilities and projects, reviewing information provided by the companies and coordinating with the affected state governments. The states of West Virginia, Virginia and Pennsylvania were co-plaintiffs in the settlement. The consent decree was lodged in the U.S. District Court for the Southern District of West Virginia on Aug. 6, 2015. 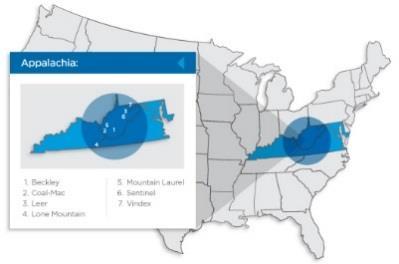 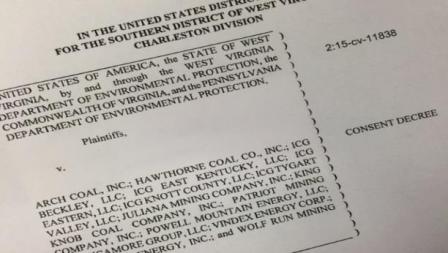 A portion of the consent decree with Arch Coal