A new state-of-the-art wastewater treatment plant in Romney, West Virginia, has made a “dramatic improvement” in reducing pollution to local waters and the Chesapeake Bay.

Nitrogen and phosphorous, along with other regulated pollutants, are down sharply since the $14 million plant began operation in 2015. Charts show that in just one month, nitrogen dropped from 16 mg/l to less than 3 mg/l and have been below 2 mg/l during some monitoring months. Phosphorus fell from 3 mg/l to below .25 mg/l, although the plant is working to control a recent rise in those levels.

The reductions are designed to help the city meet state permit limits reflected in West Virginia’s Watershed Improvement Plan for the Chesapeake Bay. The city was under a consent order to meet the effluent limits by the end of 2015. The treated effluent discharges to Big Run of the South Branch of the Potomac River.

The project received $5.6 million from EPA’s Clean Water State Revolving Fund through the West Virginia Department of Environmental Protection, including $2 million as essentially a grant and $3.6 million in a low-interest loan. Funding was also provided through other federal, state and local sources, including a $500,000 EPA grant.

The former plant, which was nearing its 500,000 gallons per day design capacity, had aging and failing equipment with pumps unable to handle sewage volumes during wet weather events, officials said. The new plant, built on the same site and serving more than 1,000 households, is rated to handle 750,000 gallons per day with room for at least one additional basin, providing capacity for new customers requesting sanitary sewer service.

“I’ve done a lot of water and sewer projects in my career. This is definitely one of the highlights,” said Daniel Ferrell, the project manager from the Thrasher Group. “We’ve seen a dramatic improvement in nitrogen, phosphorus, BOD (biological oxygen demand) and TSS (Total Suspended Solids).”

“The clarity (of the effluent) is unbelievable,” said Don Compton, the plant’s chief operator. “It’s just like water out of the tap.” 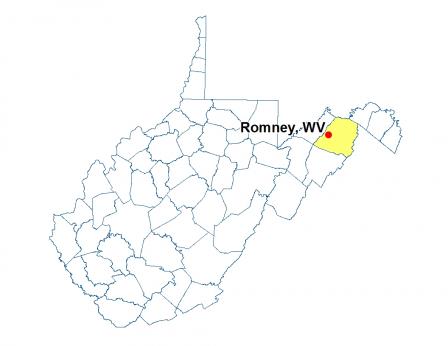 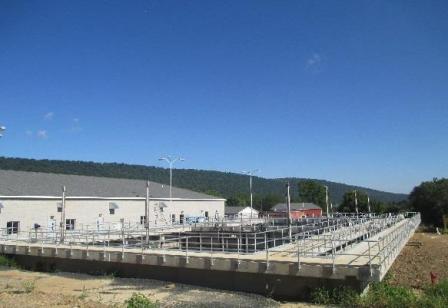