EPA funds helped West Virginia residents and utilities engage in source water protection efforts and emergency planning in the wake of the Elk River chemical spill of 2014. The spill contaminated the water supply of nearly 300,000 people in the capitol city Charleston as well as multiple surrounding counties.

The West Virginia Department of Environmental Protection (WVDEP) used $15,000 from its EPA Section 319 grant to support a community education and engagement project to involve citizens in plans to protect their drinking water sources. The $15,000 was the largest contribution to the $50,000 project.

The “Safe Water for WV” project led by the West Virginia Rivers Coalition (WVRC) included a series of public forums, educational tools, local partner network building and technical assistance to provide citizens with information on source water planning and their role in the process. A key activity was the development of a “Citizen’s Guide to Drinking Water Protection.” Exit

A law passed by the state after the spill (SB 373) Exit required public water systems across the state to draft or update source water protection plans with the public’s involvement. The plans are designed to help manage pollution from general sources that could endanger drinking water supplies.

Per WVRC, the Elk River chemical leak and ensuing water crisis was an awakening for many to the sources and vulnerability of their water supplies. It was the first time many people thought about where their drinking water comes from and the connection between watershed protection, public health and economic security.

Among the results of the Safe Water for WV project were five public forums attended by at least 345 community members, 72 local partners and 10 public water utilities. The Citizen’s Guide was distributed at the forum and was discussed in a statewide webinar.

In addition to the education project, EPA’s Mid-Atlantic Region worked with the West Virginia Bureau of Public Health to hold five tabletop exercises around the state to improve emergency preparedness, response and source water protection. EPA also partnered with stakeholders in West Virginia to develop a fact sheet on early warning and response to help utilities comply with the new source water protection legislation.

The WVDEP will use funds from its 2017 319 grant to involve the public in a pilot project integrating Source Water Protection Plans and Watershed Based Plans in two watersheds. 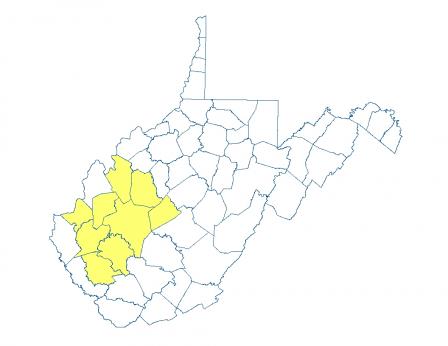