With the help of EPA funding, the Town of Chapmanville in Logan County, WV, has a new drinking water storage tank and distribution lines to replace a system built in the late 1940s that was “leaking like a sieve” and posed a risk to public health.

Project Engineer Rick Roberts of E. L. Robinson Engineering Co. estimated that Chapmanville had been losing more than half of its water due to leaks in the distribution lines and a main storage tank. A $3 million rehabilitation project, partially funded through the EPA Drinking Water State Revolving Fund (DWSRF), will reduce the number of leaks and the corresponding loss of service during leak repairs, and increase pressure and flow. It will also minimize exposure of potable water to contaminants that can be introduced through deteriorating water storage tanks and leaking pipes.

The project involved replacing more than 10,000 linear feet of cast iron water lines that had been in place for more than 60 years, primarily under Route 10 – from one end of town to the other. A study found that there were eight to 10 major leaks in the system each year, most taking only a few days to repair, but some lasting as long as two weeks. “It was leaking like a sieve,” said Roberts. Though it was outside the scope of the study, energy savings could be an additional benefit of this project. When water leaks out of the system, all of the energy used to pump and treat that lost water is wasted, too.

The work also involved demolishing two existing storage tanks and replacing them with a single 218,000-gallon tank and refurbishing another water tank. One of the demolished tanks was leaking and the other was badly corroded. As part of the project, approximately 160 of the towns 963 residential and small commercial customers had their service lines replaced. 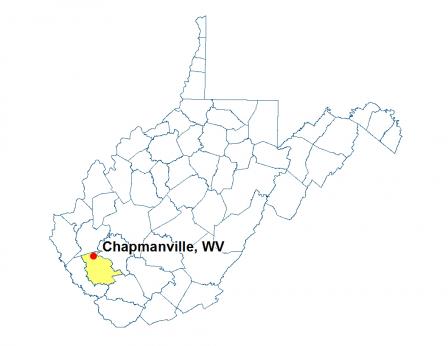 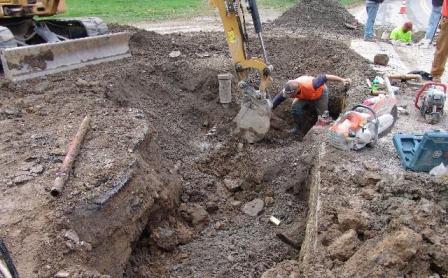 A trench where water line repair work is taking place.