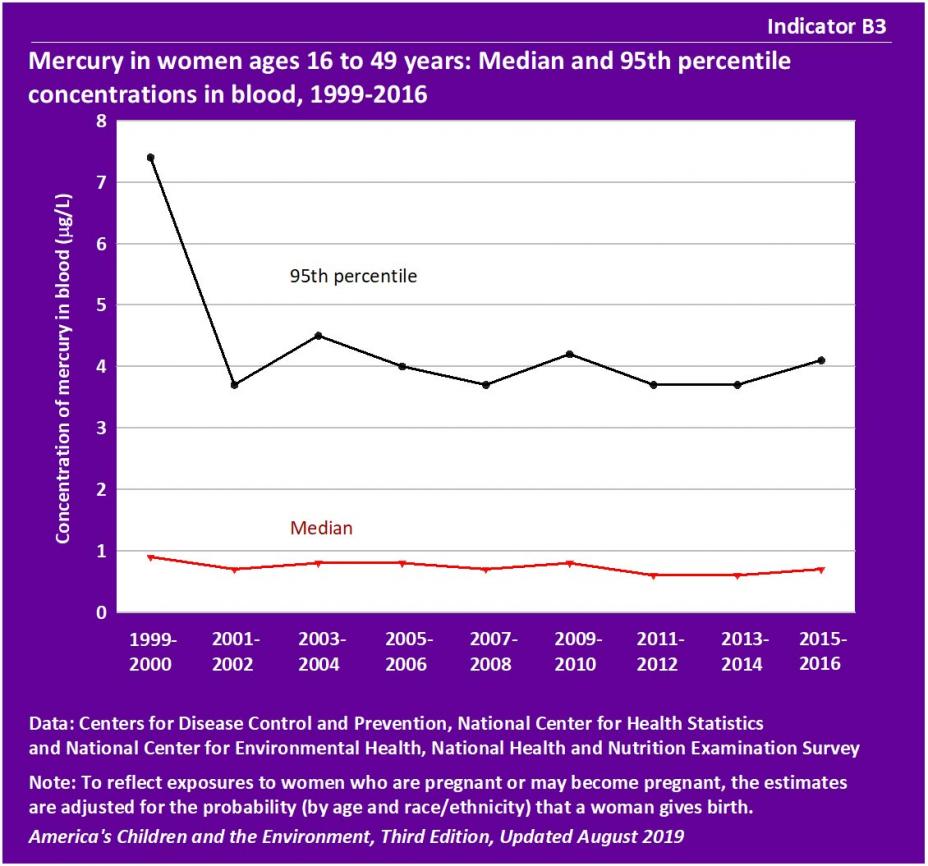 The National Center for Health Statistics, a division of the Centers for Disease Control and Prevention, conducts the National Health and Nutrition Examination Surveys (NHANES), a series of U.S. national surveys of the health and nutrition status of the noninstitutionalized civilian population. Interviews and physical examinations are conducted with approximately 10,000 people in each two-year survey cycle. The survey measures mercury levels in blood samples collected from NHANES participants.

Indicator B3 uses the NHANES data to present median and 95th percentile concentrations of mercury measured in blood of women ages 16-49 years. The concentration of total mercury in blood is a marker of exposure to methylmercury in populations where fish consumption is the predominant source of mercury exposure.

Detailed Methods for Indicator B3