Measurements of environmental variables that are used to develop taxon-environment relationships frequently exhibit high variability. This variability can be a manifestation of errors in the measuring instrument or method. For example, Wolman pebble count measurements of substrate composition can be subject to random errors introduced by the observer. Other measurements are highly variable simply because they are instantaneous measurements. For example, a grab stream temperature sample can be thought of as a highly variable measurement of average stream temperature over the sampling season.

In all of these cases, variability in the environmental measurements can have strong influences on the taxon-environment relationship that is estimated by regression. In simple models, regression coefficients estimated from highly variable measurements tend to be closer to zero than their true values. In multivariate models, the effects of measurement variability are more difficult to predict. 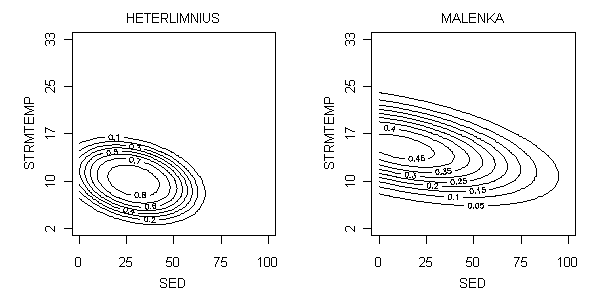