Sample data collected using probabilistic survey designs are particularly useful for estimating taxon-environment relationships because each collected sample represents a known proportion of the total length of stream in a region. Therefore, taxon-environment relationships can be developed that are truly representative of all the streams in the region. To take advantage of survey design information, it is necessary to introduce sample weights to the regressions. 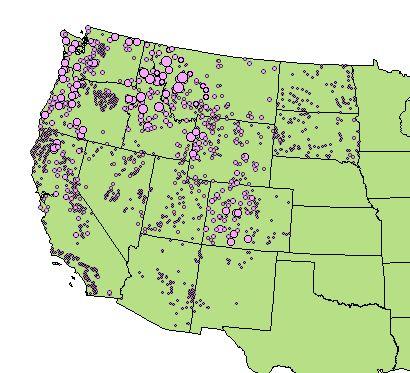 The length of stream each sample represents varies inEnvironmental Monitoring and Assessment (EMAP)-West because the sample design was stratified by state, so certain states with fewer streams were over-represented in the sample. 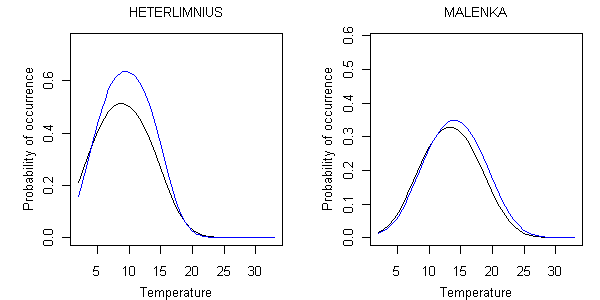 Taking into account sample weights can have substantial effects for certain taxon-environment relationships. All previous examples shown for Heterlimnius and Malenka have been unweighted. After weighting observations in the regression model, Heterlimnius exhibited a much higher probability of capture at its optimal temperature when the regression was computed with sample weights, compared to the unweighted version. Changes to the taxon-environment relationship for Malenka were small. 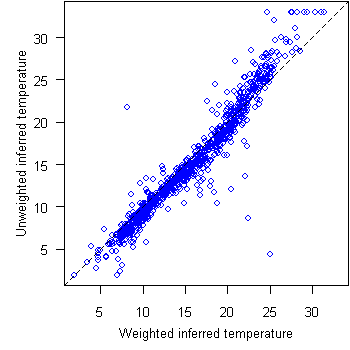 Incorporating survey weights into regression models provides a strong statistical basis for using data to make inferences about stream characteristics in the region. As such, if survey weights are available, they generally should be used.