EPA's Section 404 enforcement program pursues enforcement actions against entities who conduct unauthorized activities (e.g., dredging, filling, grading without a permit) in waters of the United States. We work with the Army Corps of Engineers (Corps) and other agencies to prioritize and select cases and to coordinate field research, damage assessments and legal proceedings. Enforcement can be pursued via civil (judicial or administrative) actions or through criminal proceedings in conjunction with EPA’s Criminal Investigations Division. Reports of potential violations from other agencies or communities are added to our enforcement tracking system and case files are prepared for potential enforcement actions.  EPA’s enforcement goals are to restore illegally filled waters and wetlands and deter future violations.

EPA often requires individuals -- companies and other entities -- to pay monetary penalties for violating wetlands requirements. In addition, EPA can require restoration or mitigation of impacts to any waters or wetlands that may have been damaged or destroyed. In these cases, the first priority is to remove the discharged material and restore the site. However, if this is not feasible, mitigation at other sites may also be considered. Restoration and mitigation can include a range of activities, such as:

Individuals must monitor restoration projects to ensure that native species reintroduced to the area are growing properly. In addition, the growth of non-native plants must be minimized. Projects must be monitored for a fixed period of time which is determined by the specifics of the site. Typically, the monitoring period ranges between five and ten years.

In order to determine if a restoration project has been successful, each project must meet success criteria, which are established on a case-by-case basis for each site. The criteria are linked to project goals determined by EPA. For example, to restore vegetation to an area, EPA may require that the site achieve certain survival rates of native plants or percent land cover by a specific date. For instance, the site may be required to exhibit 80% survival of planted native species after the first year, and 100% during each of the next four years. 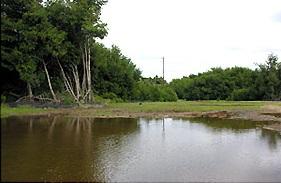 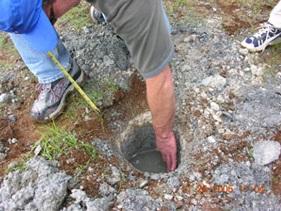