Since 2008, EPA has conducted a series of three fish contamination studies as part of the Agency’s National Rivers and Streams Assessments that occur in five-year cycles. The 2013-2014 National Rivers and Streams Assessment (NRSA) Fish Tissue Study is the second statistically based national assessment of contaminants in fish from U.S. rivers. Each NRSA fish contamination study involves collection of recreational fish species from randomly selected river sites and analysis of fillet tissue for a variety of chemicals to evaluate the potential health impacts for people who eat fish. 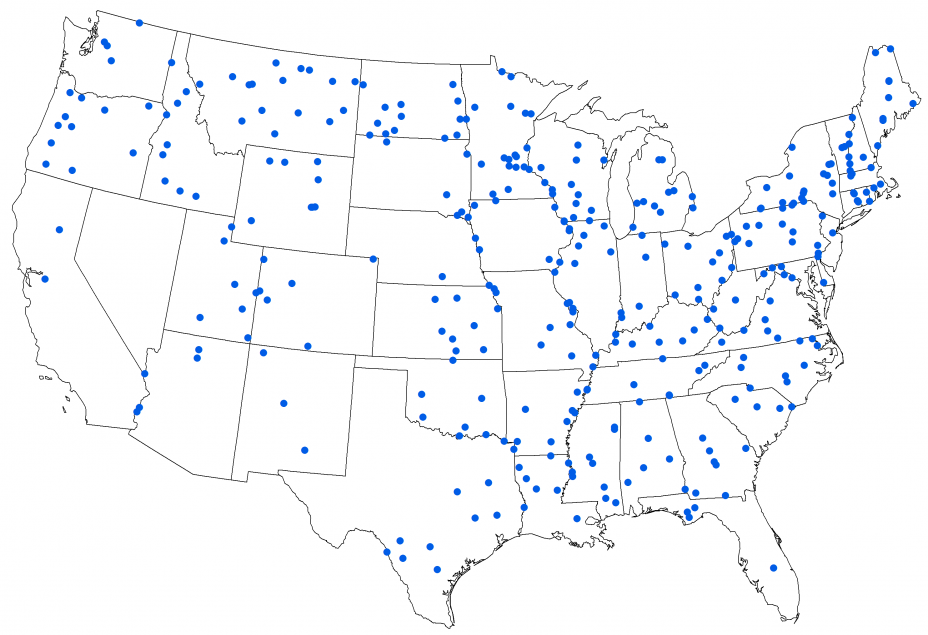 Sampling sites for the 2013-2014 NRSA Fish Tissue Study were randomly selected in rivers across the lower 48 states. Site selection for this study included rivers that are 5th order or greater in size (based on Strahler stream order) with a permanent fish population and flowing water during the study period from May through September (also referred to as perennial rivers). Only freshwater portions of tidal rivers were included in the study. A statistically representative set of 353 river sites were sampled for the 2013-2014 NRSA Fish Tissue Study.

Various species of fish were collected for the 2013-2014 NRSA Fish Tissue Study. The three most frequently caught species include Channel Catfish, Smallmouth Bass, and Largemouth Bass. These three fish species accounted for 53% of the fish composite samples collected for this study.

Field crews shipped whole fish samples collected for the 2013-2014 NRSA Fish Tissue Study to a laboratory designated by EPA for preparation of fillet tissue composite samples. Experienced laboratory staff filleted the fish (removing scales but retaining the skin and the belly flap on each fillet) and homogenized the fillet tissue in a strictly controlled environment to avoid contaminating the fish tissue samples. The homogenized fillet composite samples were divided into fillet tissue aliquots containing adequate tissue for each type of chemical analysis before being shipped to laboratories under contract to EPA to analyze the fillet composite samples for the chemical contaminants included in the study.

Laboratories used the methods listed for analysis of the 2013-2014 NRSA Fish Tissue Study fillet samples for these chemical contaminants:

Analytical and field sampling data for each 2013-2014 NRSA Fish Tissue Study chemical contaminant are provided, along with a data dictionary that describes the contents of each data file.