High-End Scientific Computing
Refer to the dates of EDM  releases for information on new or enhanced features and content. 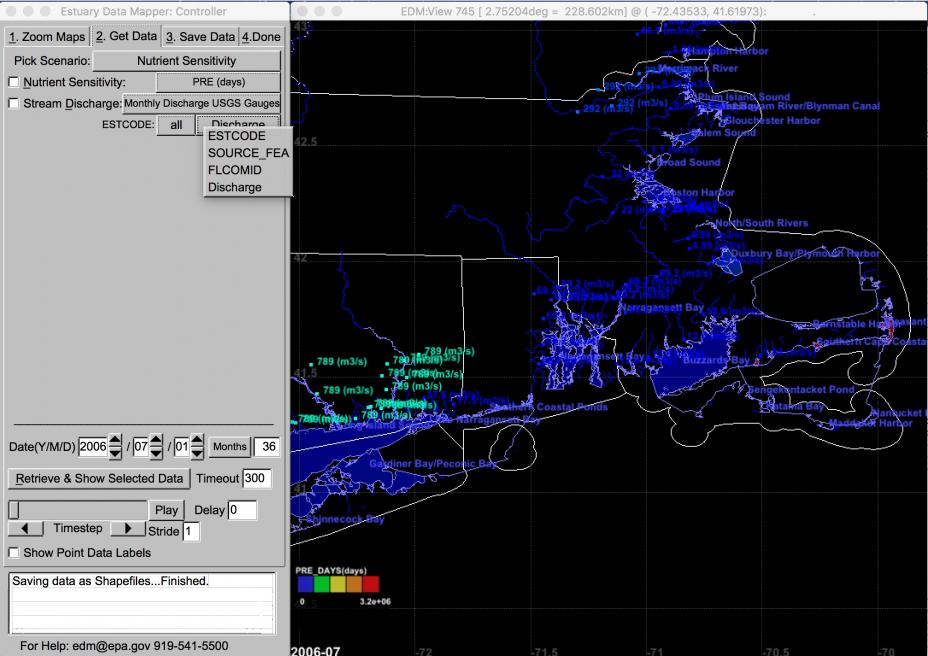 Updated with new lakes for the Great Lakes region. 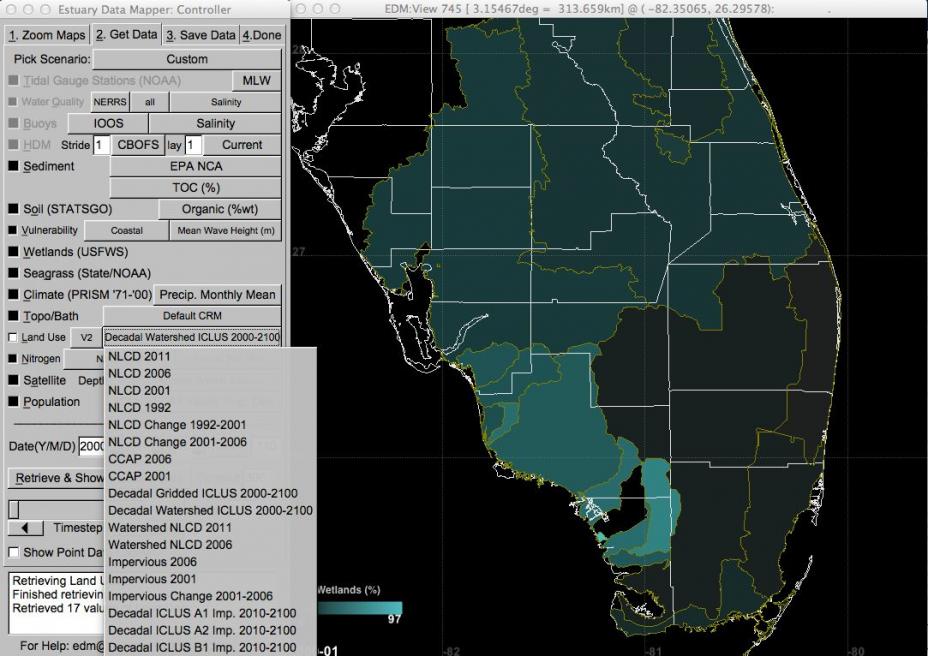 Land Use variables for ICLUS Version 2, with retrieved data in the display window 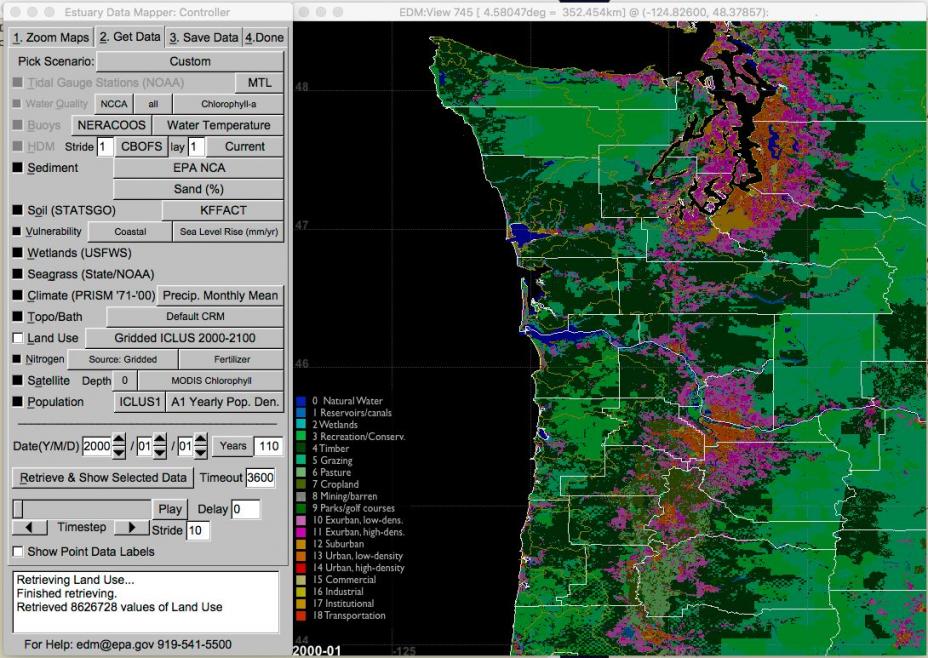 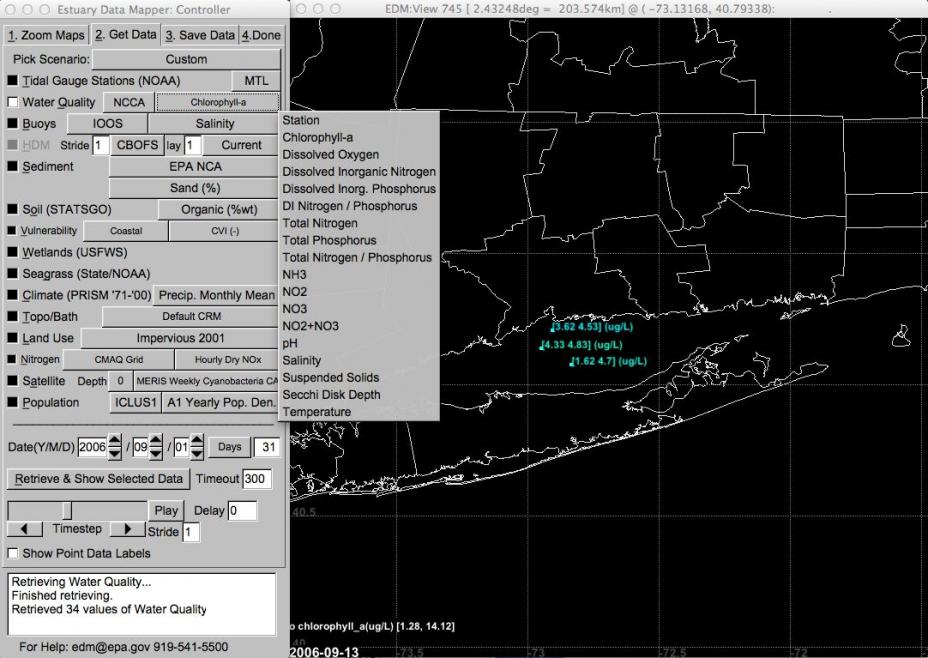 NCCA water quality data for the years 1999-2010 are  available in EDM. Shown here are the variables available from the NCCA submenu.

Added in this version: new watershed model (WSM) datasets for use in the US EPA Watershed Management Optimization Support Tool (WMOST) application. 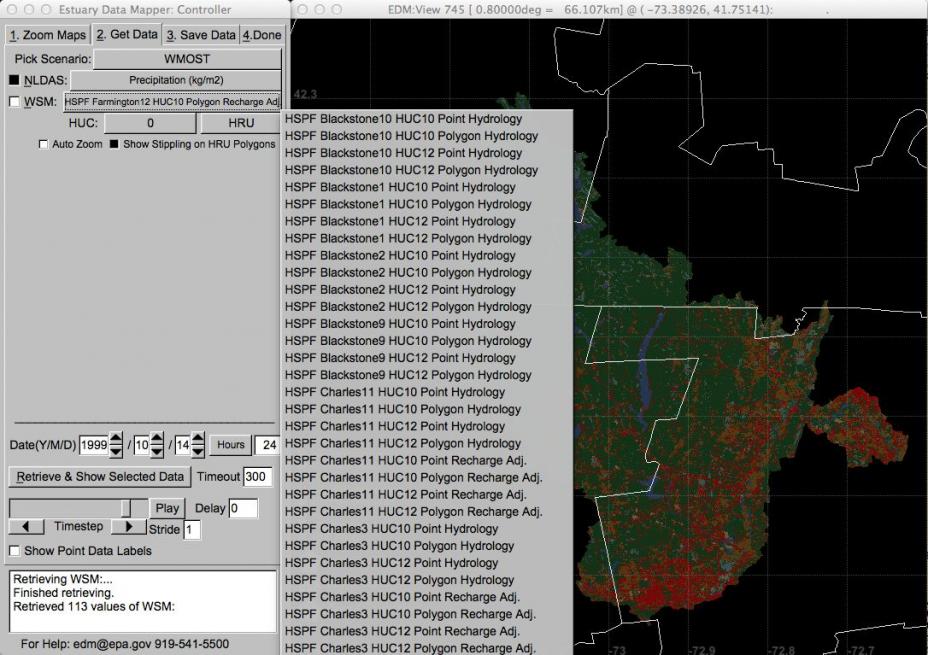 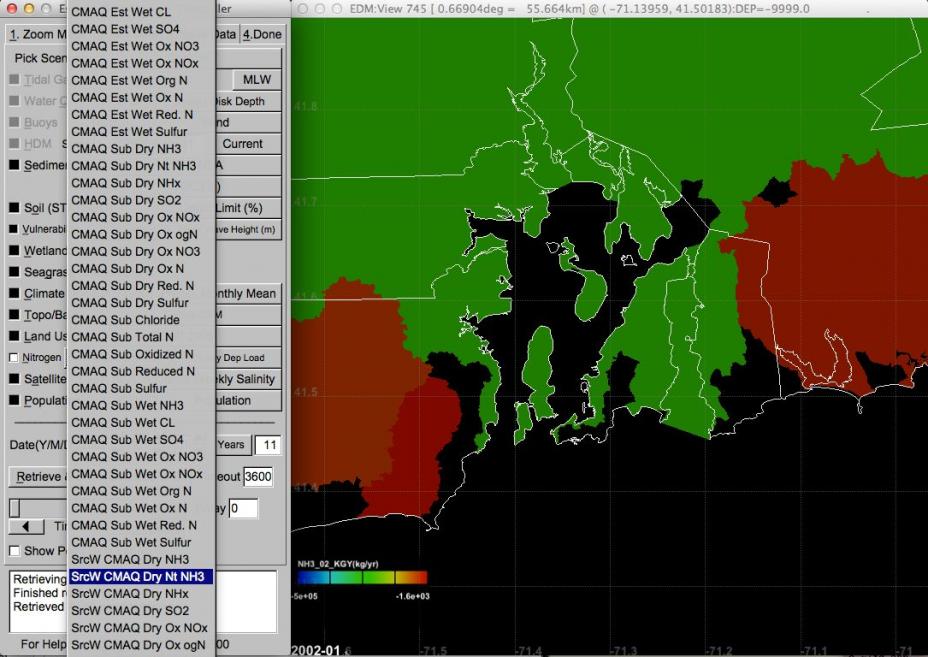 CMAQ nitrogen deposition data variables selectable from the EDM menu, with results in the display window. 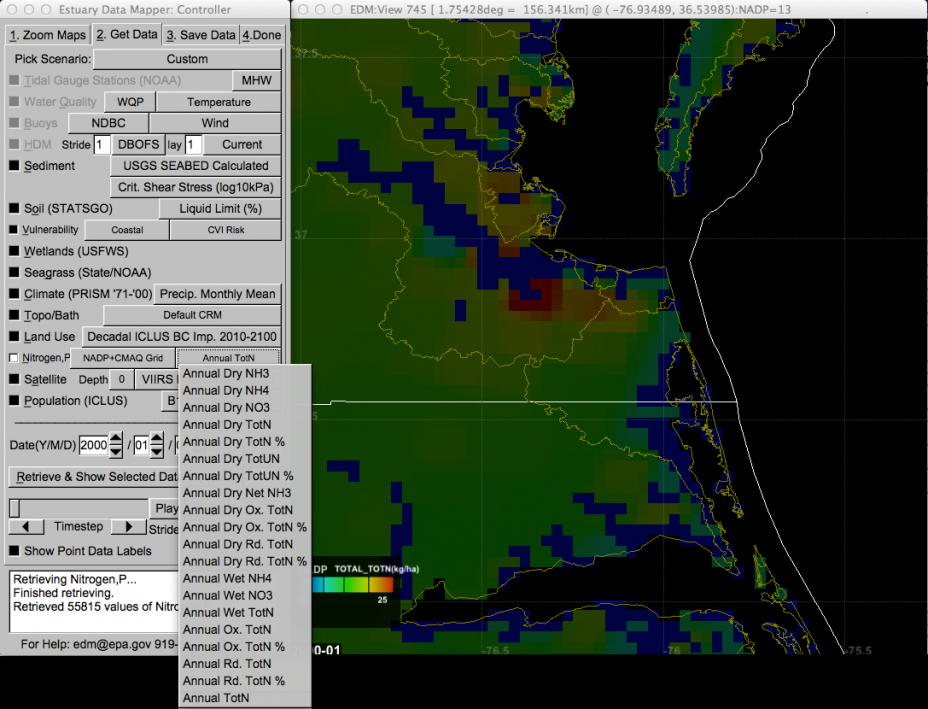 CMAQ and NADP data variables displayed in the EDM menu, with gridded data rendered in the display window. 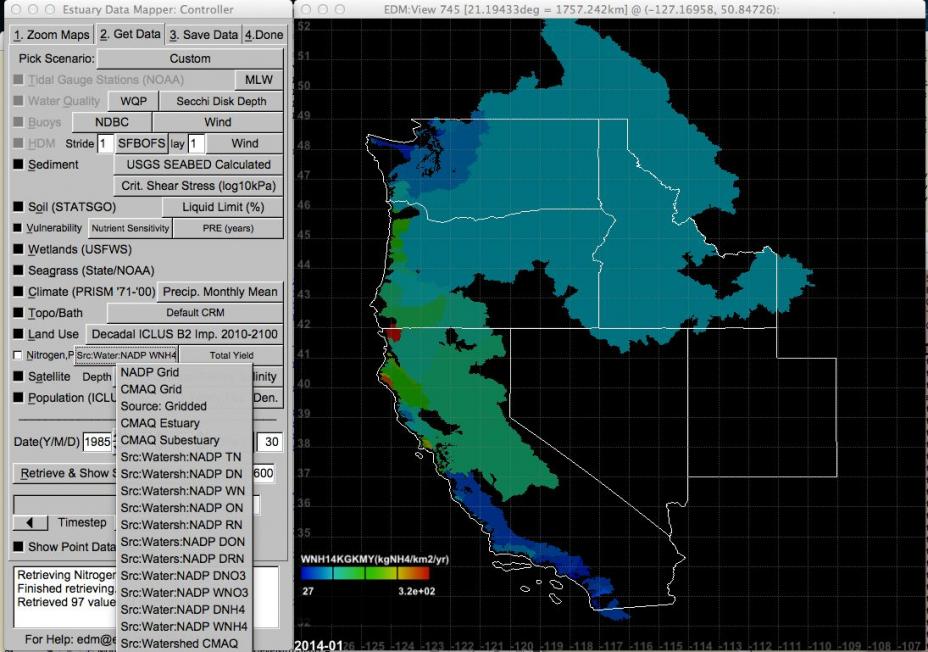 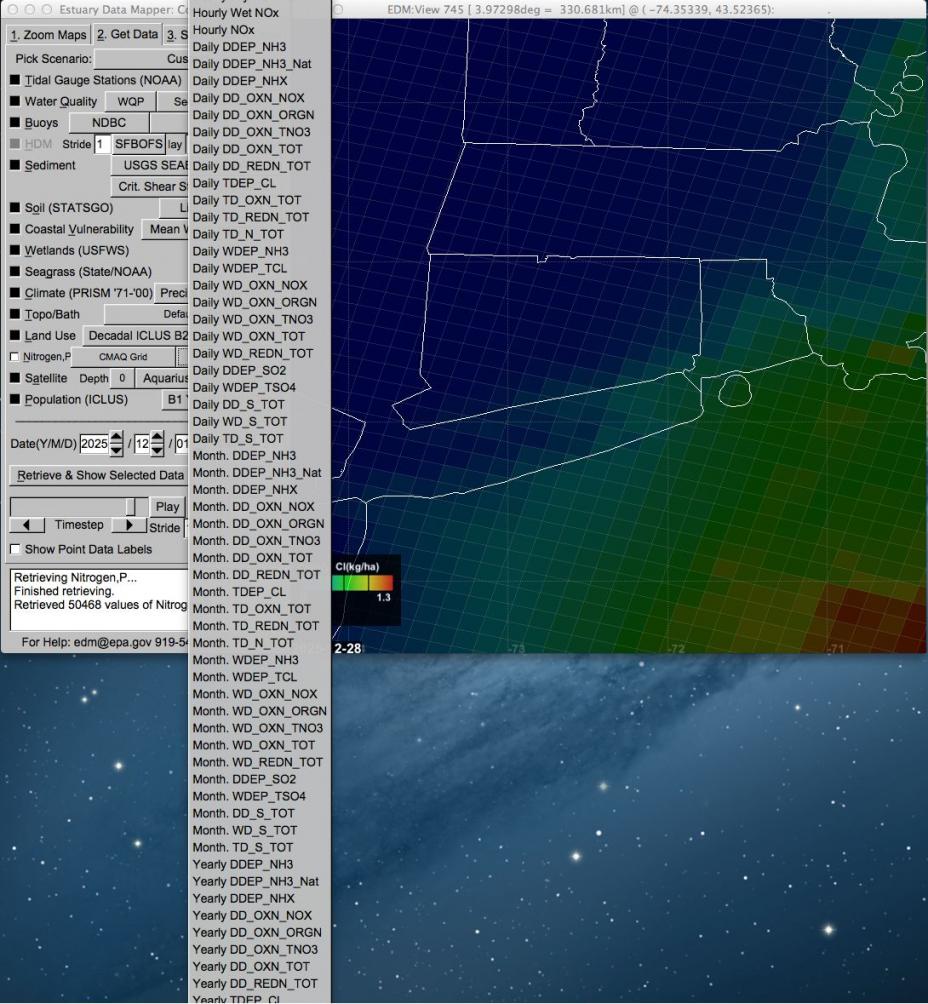 EDM implements Moderate Resolution Imaging Spectroradiometer (MODIS) reflectance true-color (500m resolution). This image source differs from the existing MapQuest and Google images in that it is a daily satellite image (from May 2012 to present). 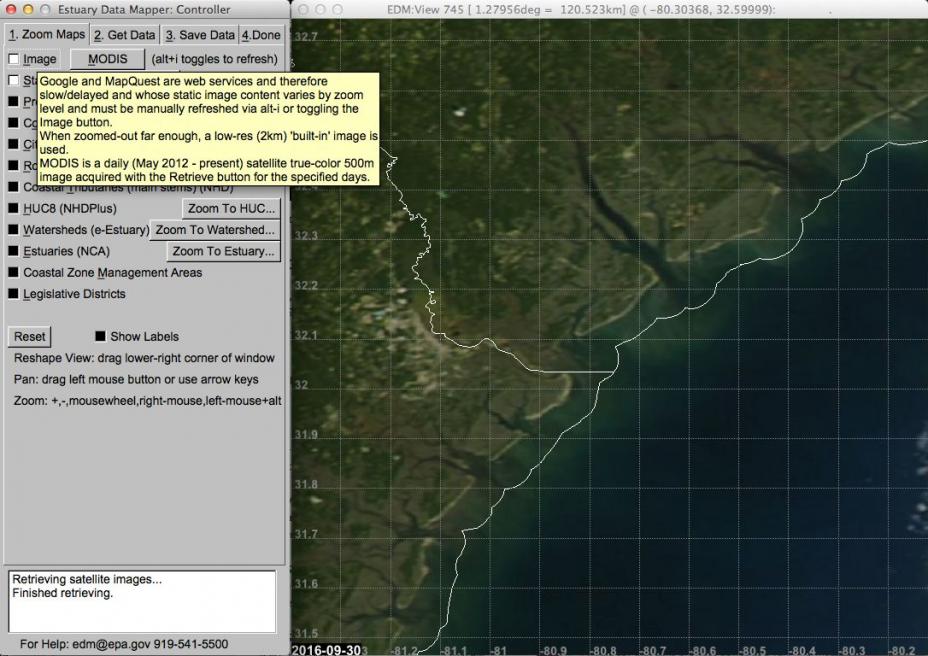 EDM implements Moderate Resolution Imaging Spectroradiometer (MODIS) reflectance true-color (500m resolution) images. This image source differs from the existing MapQuest and Google images in that it is a daily satellite image, taken from May 2012 to present).

EDM now has a new .dbf +.csv file output format for shapefiles. Exit When saving time-varying data to Shapefiles, a .csv file is produced containing the time-varying data while the .dbf file contains only static information about the shapes.

If small enough, the .csv file can be loaded into QGIS  Exitand manually “related” to the shp data, thus producing a time-series avoiding the previous custom workarounds to the .dbf file format limit of 255 column.

Note the following characteristics of the .csv file:
Other additions and enhancements to this version include: