Pennsylvania’s Department of Environmental Protection has taken a multitude of steps to protect drinking water resources in the case study area, including issuing fines, working with the company to close the impoundment, overseeing the replacement of water supply wells, monitoring, and issuing notices of violations.

EPA completed three rounds of water sampling from July 2011 to May 2013. Water samples were collected from domestic wells, springs, and surface water where homeowners expressed concerns regarding potential adverse impacts on their well water and possible association with drilling or processes related to hydraulic fracturing. 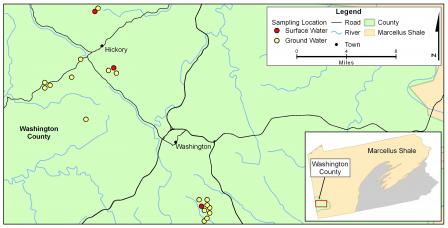