A total of 8,112 lakes in the Western Mountains ecoregion are represented in the National Lakes Assessment (NLA). Of these lakes, about 73% are natural and 27% are man-made.

Indicator with the Highest Percentage of Lakes in the Most Disturbed Condition: Nitrogen 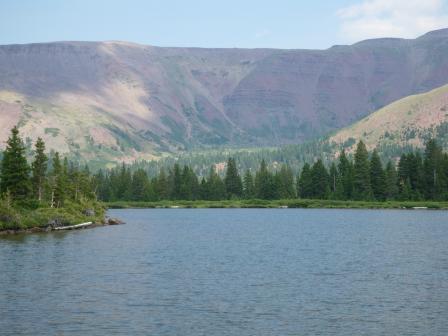 Cyanobacteria is one of three algal toxin related indicators presented in the NLA (see also chlorophyll a and microcystins). It serves as a proxy for the presence of algal toxins.