Estimate your yearly dose from the most common sources of ionizing radiation with this interactive online dose calculator.

Radiation is energy. It can come from unstable atoms that undergo radioactive decay, or it can be produced by machines. Radiation travels from its source in the form of energy waves or energized particles. There are different forms of radiation and they have different properties and effects.

Non-ionizing radiation has enough energy to move atoms in a molecule around or cause them to vibrate, but not enough to remove electrons from atoms. Examples of this kind of radiation are radio waves, visible light and microwaves.

alpha particleA form of particulate ionizing radiation made up of two neutrons and two protons. Alpha particles pose no direct or external radiation threat; however, they can pose a serious health threat if ingested or inhaled., beta particles

beta particleA form of particulate ionizing radiation made up of small, fast-moving particles. Some beta particles are capable of penetrating the skin and causing damage such as skin burns. Beta-emitters are most hazardous when they are inhaled or swallowed. and/or gamma rays

gamma raysA form of ionizing radiation that is made up of weightless packets of energy called photons. Gamma rays can pass completely through the human body; as they pass through, they can cause damage to tissue and DNA.. Radioactive decay occurs in unstable atoms called radionuclides.

The energy of the radiation shown on the spectrum below increases from left to right as the frequency rises.

EPA’s mission in radiation protection is to protect human health and the environment from the ionizing radiation that comes from human use of radioactive elements. Other agencies regulate the non-ionizing radiation that is emitted by electrical devices such as radio transmitters or cell phones (See: Radiation Resources Outside of EPA).

Alpha particles (α) are positively charged and made up of two protons and two neutrons from the atom’s nucleus. Alpha particles come from the decay of the heaviest radioactive elements, such as uranium, radium and polonium. Even though alpha particles are very energetic, they are so heavy that they use up their energy over short distances and are unable to travel very far from the atom.

The health effect from exposure to alpha particles depends greatly on how a person is exposed. Alpha particles lack the energy to penetrate even the outer layer of skin, so exposure to the outside of the body is not a major concern. Inside the body, however, they can be very harmful. If alpha-emitters are inhaled, swallowed, or get into the body through a cut, the alpha particles can damage sensitive living tissue. The way these large, heavy particles cause damage makes them more dangerous than other types of radiation. The ionizations they cause are very close together - they can release all their energy in a few cells. This results in more severe damage to cells and DNA.

Beta particles (β) are small, fast-moving particles with a negative electrical charge that are emitted from an atom’s nucleus during radioactive decay. These particles are emitted by certain unstable atoms such as hydrogen-3 (tritium), carbon-14 and strontium-90.

Beta particles are more penetrating than alpha particles, but are less damaging to living tissue and DNA because the ionizations they produce are more widely spaced. They travel farther in air than alpha particles, but can be stopped by a layer of clothing or by a thin layer of a substance such as aluminum. Some beta particles are capable of penetrating the skin and causing damage such as skin burns. However, as with alpha-emitters, beta-emitters are most hazardous when they are inhaled or swallowed.

Gamma rays are a radiation hazard for the entire body. They can easily penetrate barriers that can stop alpha and beta particles, such as skin and clothing. Gamma rays have so much penetrating power that several inches of a dense material like lead, or even a few feet of concrete may be required to stop them. Gamma rays can pass completely through the human body; as they pass through, they can cause ionizations that damage tissue and DNA.

Because of their use in medicine, almost everyone has heard of x-rays. X-rays are similar to gamma rays in that they are photons of pure energy. X-rays and gamma rays have the same basic properties but come from different parts of the atom. X-rays are emitted from processes outside the nucleus, but gamma rays originate inside the nucleus. They also are generally lower in energy and, therefore less penetrating than gamma rays. X-rays can be produced naturally or by machines using electricity.

Literally thousands of x-ray machines are used daily in medicine. Computerized tomography, commonly known as a CT or CAT scan, uses special x-ray equipment to make detailed images of bones and soft tissue in the body. Medical x-rays are the single largest source of man-made radiation exposure. Learn more about radiation sources and doses.  X-rays are also used in industry for inspections and process controls.

Elements in the periodic table can take on several forms. Some of these forms are stable; other forms are unstable. Typically, the most stable form of an element is the most common in nature. However, all elements have an unstable form. Unstable forms emit ionizing radiation and are radioactive. There are some elements with no stable form that are always radioactive, such as uranium. Elements that emit ionizing radiation are called radionuclides. 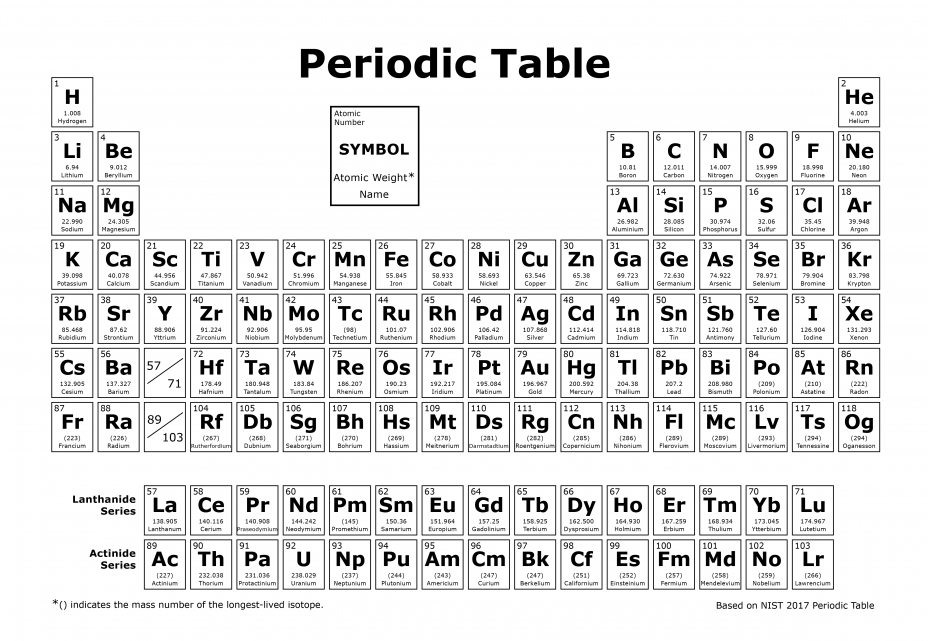