The project designer engaged community members in interactive design workshops. Participants decided to step building heights from four stories in front to three stories in back, creating courtyard space while maintaining a relatively high residential density of 61 units per acre.

The community chose a variety of environmentally friendly finishing materials. The resulting building reflects the Mission Revival style of older structures in the neighborhood. Balconies and windows allow residents to watch over the street, improving the community's security.

The commercial space includes an early childhood education center, nonprofit offices, a convenience store, and a two-story market hall for local vendors and start-up businesses. The market activity contributes to the vibrancy of the street, combining with the landscaping to create a comfortable, safe, walkable neighborhood. The project spurred redevelopment in the surrounding neighborhood, including new homes and the renovation of two restaurants.

A National Endowment for the Arts grant funded outdoor art celebrating the residents' and neighborhood's cultural diversity. The development received numerous awards, including the Rudy Bruner Silver Medal Award for Excellence in Urban Environment in 1997, the Gold Nugget Award for Best Affordable Housing Development at the Pacific Coast Builders Conference in 1995, and the National Award for Merit from the National Association of Housing and Redevelopment Officials in 1995.

This case study was published in 2006. 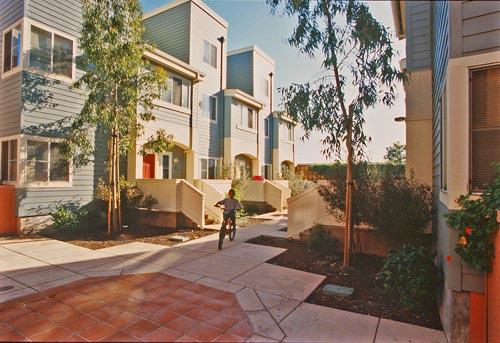 A central courtyard above the parking garage provides a safe place for children to play. Photo courtesy of Pyatok Associates. 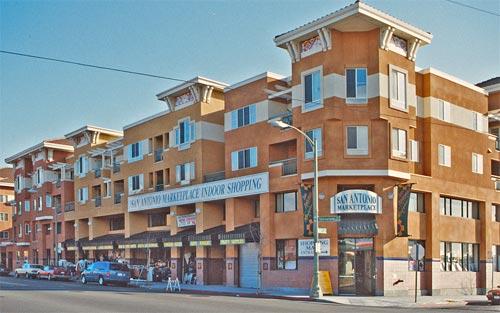 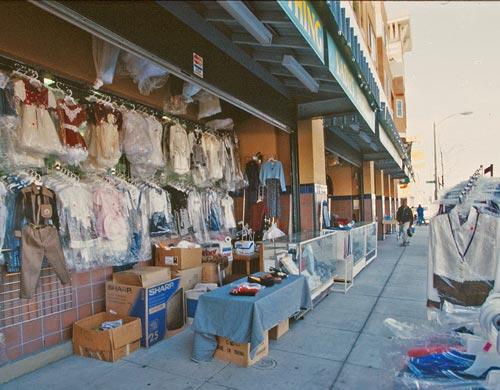 Vending stalls on a major commercial street are ideal for people who want to start a retail business but have limited funds. Photo courtesy of Pyatok Associates. 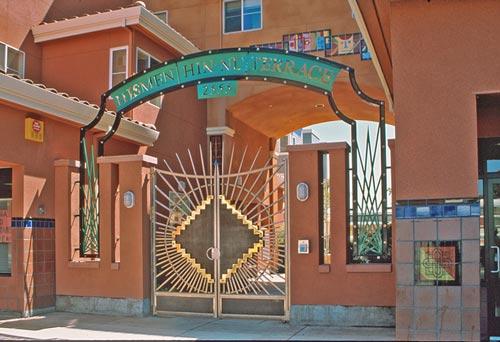 Art throughout the complex reflects the cultures of the tenants. Photo courtesy of Pyatok Associates.