Located two blocks from downtown Bethesda, Bethesda Row illustrates the redevelopment of a commercial area to a mixed-use, walkable district. The project draws customers not only from surrounding neighborhoods, but from the greater Washington metropolitan area as well.

Built in several phases by the Federal Realty Investment Trust, the development creates a thriving, pedestrian-friendly streetscape. Design elements, including brick sidewalks, plazas, trees, outdoor café seating, and curbside parking, help make Bethesda Row pleasant to walk around. Pedestrians are right next to shop windows and in the middle of the street life.

A central public parking garage is behind the stores and restaurants, easily accessible from all parts of the development. As part of a downtown parking district, developers can pay an assessment instead of providing parking. These revenues help fund public parking structures around the district's edges, allowing an uninterrupted, walkable streetscape. Visitors can park their car once and walk around Bethesda Row, rather than having to drive between stores as they would in a suburban shopping area. 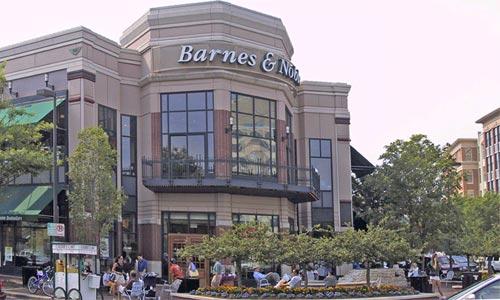 Located at the entrance of a bookstore, this plaza is a central meeting and gathering place in Bethesda Row. The entrance to the Capital Crescent Trail is across the street.

The development's location on the Capital Crescent Trail and its proximity to a Metro station provide convenient connections to downtown Washington, D.C., and other parts of the region. The project spans four city blocks and contains:

In 2002, Bethesda Row received a Charter Award from the Congress for the New Urbanism and an Award for Excellence from the Urban Land Institute. 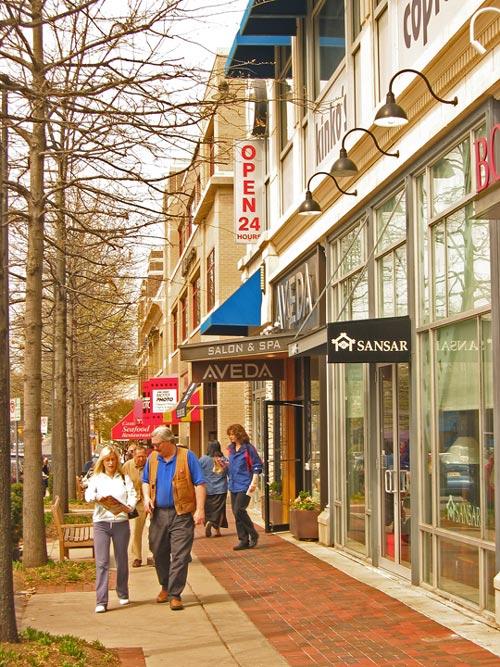 Brick sidewalks, street trees, and store windows next to the sidewalk create an inviting pedestrian environment. 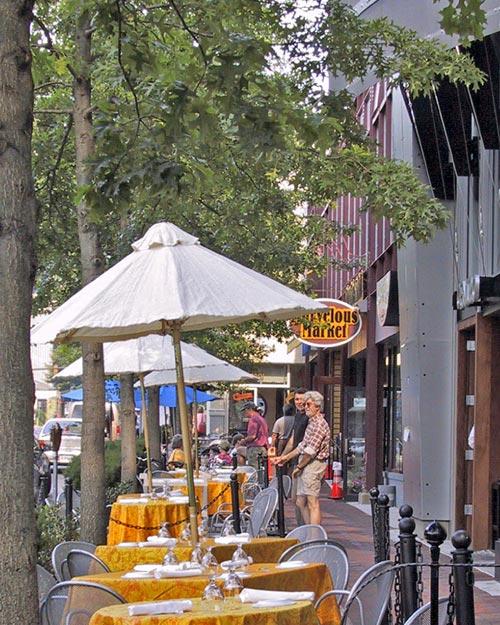 Outdoor seating for restaurants is next to the curb so that people walking along the sidewalk are next to the store windows and surrounded by activity. Trees and on-street parking buffer diners from traffic. 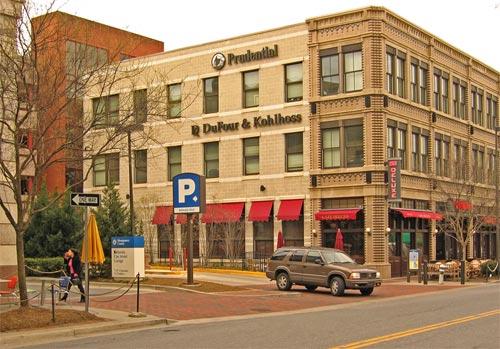 An easily accessible multi-story parking garage is hidden behind shops, restaurants, and offices. 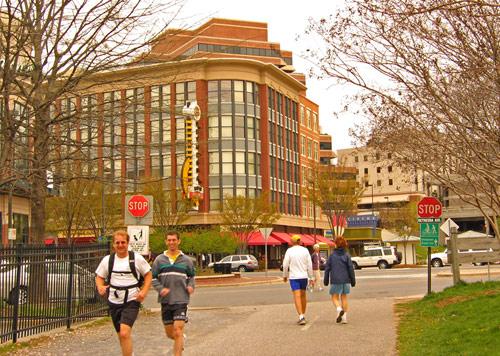 The Capital Crescent Trail, built on an old railroad track running along the development, connects walkers and bicyclists with neighboring communities and Washington, D.C.