When building Northwest Landing, developer Weyerhaeuser Real Estate Company and designer Calthorpe Associates wanted to design a community where residents did not need to drive for every trip. Built on the 3,000-acre site of a former explosives factory in DuPont, Washington, Northwest Landing incorporates a grid of streets and sidewalks that encourage walking and bicycling. Twelve miles of paths maintain pedestrian connections through the development’s 550 acres of preserved open space.

Most homes in Northwest Landing are within walking or bicycling distance of major companies' workplaces. A shopping center and main street house small retailers. In 2010, Northwest Landing had more than 7,000 residents and nearly 2,500 jobs. The neighborhood includes an elementary school, built with advance impact fees from Weyerhaeuser so local children could walk to school rather than being bused to a school 45 minutes away.

Street and house designs encourage walking, with narrow streets calming traffic and reducing crossing distances. Houses are on narrow, deep lots with front porches so passing pedestrians can visit with neighbors. Garages are on back alleys to reduce the chances that pedestrians will get hit by drivers backing out of their garages.

A park-and-ride facility for commuter bus service to Tacoma and Seattle is adjacent to Northwest Landing’s downtown and within walking distance for many residents. The facility could serve a proposed Sounder commuter rail line extension to DuPont. 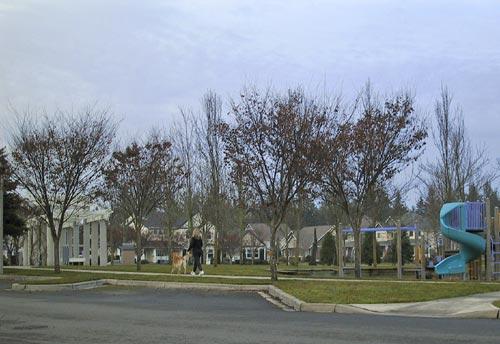 Good community design led both Sunset and Walking magazines to name Northwest Landing one of the most walkable communities in the United States in 1997. 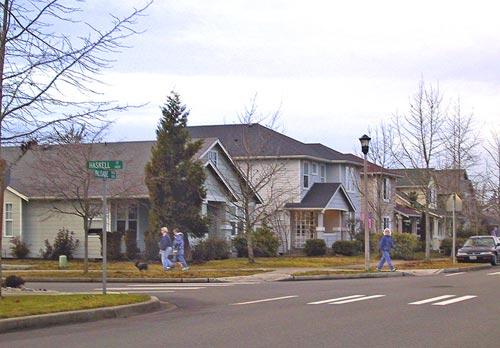 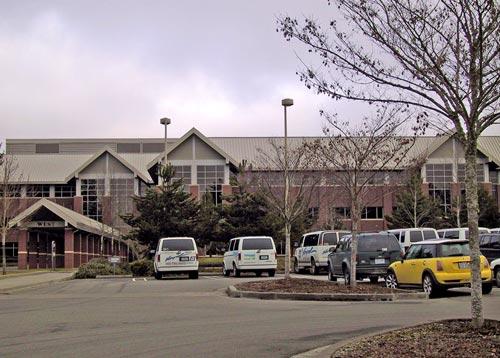 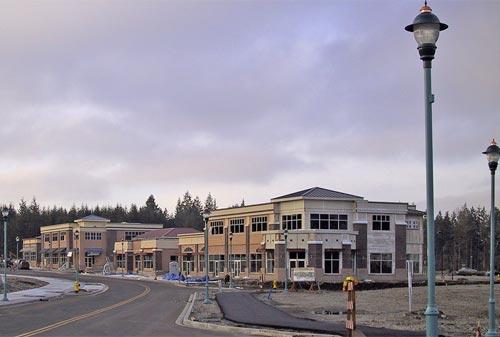 Northwest Landing's town center has a variety of shops within walking distance of most homes in the development. 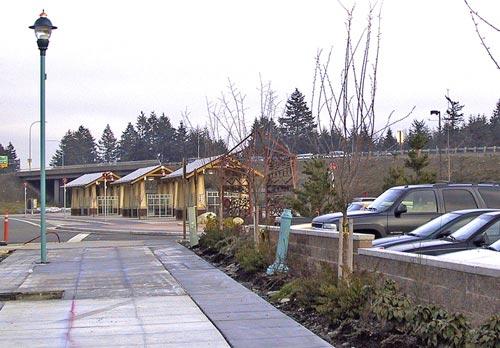