Completed in several phases in the 1990s, the project attracts residents and visitors while supporting about 40 business tenants. A park in the middle of a large, tree-lined central boulevard makes up roughly half of the project and is a popular gathering place.

Crocker and Company worked with the city’s Community Development Agency to replace the failed shopping mall with a 28.7-acre mixed-use project that includes 272 homes, 262,000 square feet of office space, a public promenade and park, shops and restaurants, a movie theater, and a museum. City financing, including $50 million in infrastructure improvements and $68 million in bond financing, facilitated the project.

The area saw a 14-fold increase in assessed property values from 1990 to 2002, improving the city's tax base. The success of Mizner Park has sparked other cities in Florida to convert their underperforming shopping malls into new town centers.

In 2010, Mizner Park’s Plaza Real was designated as one of the Great Public Spaces in the United States by the American Planning Association. 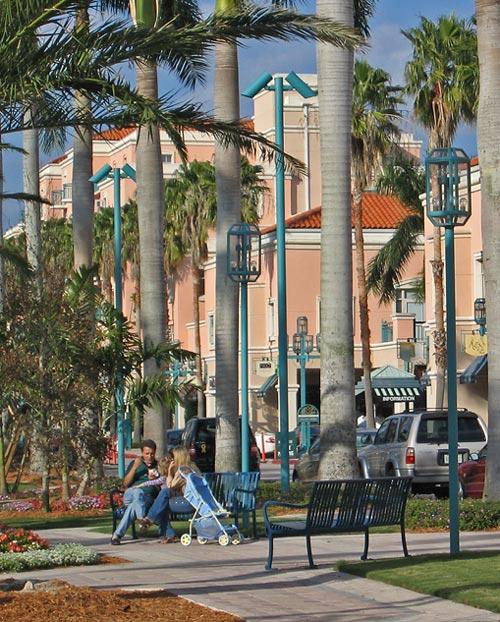 A family enjoys the Plaza Real in the wide boulevard median. 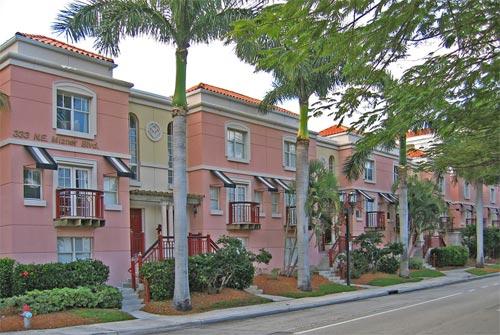 Mizner Park’s neighbors look on to these town homes, oriented wide and shallow to hide a parking garage. 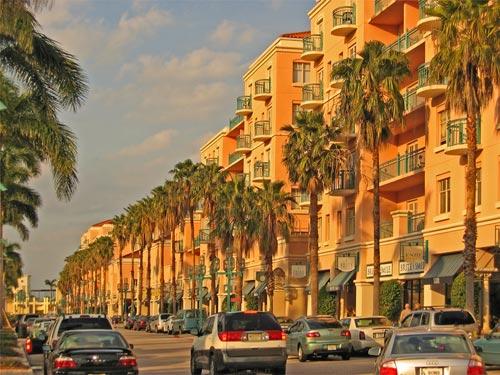 Mizner Park's main boulevard has shops on the first floor and apartments above. Storefronts have covered arcades to protect shoppers from the sun. 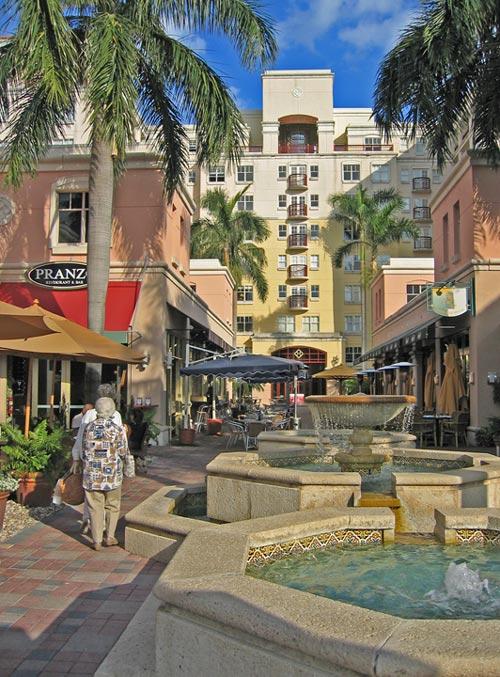 A palm tree-lined pedestrian plaza leads to the entrance of the largest apartment buildings in the center of Mizner Park.