San Diego, California's Uptown District shows how redeveloping underused or vacant retail centers known as "greyfields" can help revive and reconnect communities. This 14-acre mixed-use development in the Hillcrest neighborhood was built on the site of an abandoned department store and parking lot.

The city purchased the site in 1986 for a new library but subsequently opted not to build the library. In 1987, the city conducted an intensive community planning process, including a visual preference survey, to help formulate the design of the mixed-use development. Developer Oliver McMillan/Odmark and Thelan later went back to the community to refine the design features.

The project combines 145,000 square feet of commercial and retail space with 318 homes and a 3,000-square-foot community center. Residential density is over 20 units per acre, far greater than the city average of less than three units per acre. Most of the stores surround a central parking plaza anchored by a large grocery store in the rear. Housing units on an adjacent block are connected by courtyards and have some first-floor retail spaces.

Restoring streets that had been removed to create the original store's parking lot created a pedestrian-friendly atmosphere. Smaller blocks and pedestrian paths make walking safer and easier. A pedestrian bridge crosses a busy street and a canyon to connect the Uptown District to the University Heights neighborhood, giving residents access to shopping and transit.

The mix of shops with apartments above complements the commercial corridor that borders the Uptown District. 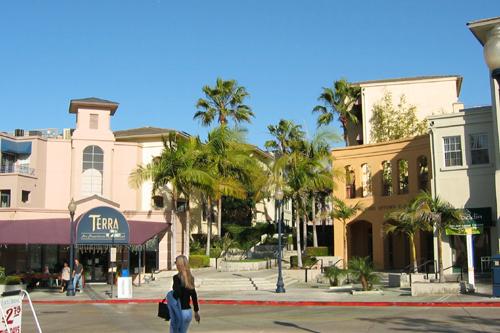 A restaurant and community center frame the entrance to a courtyard for the apartments.

Redeveloping greyfield properties like the Uptown District gives communities places to provide more housing choices, stores, and services without building over open space. It can also spur redevelopment of adjacent properties. By the time the Uptown District's construction was well underway, 15 other projects in the area had started or were in advanced planning stages.

The Uptown District has received many awards, including Project of the Year from the National Association of Home Builders and the Urban Design Award from the California Council of the American Institute of Architects, both in 1991, and the Gold Nugget Award from the Pacific Coast Builders Conference in 1990. 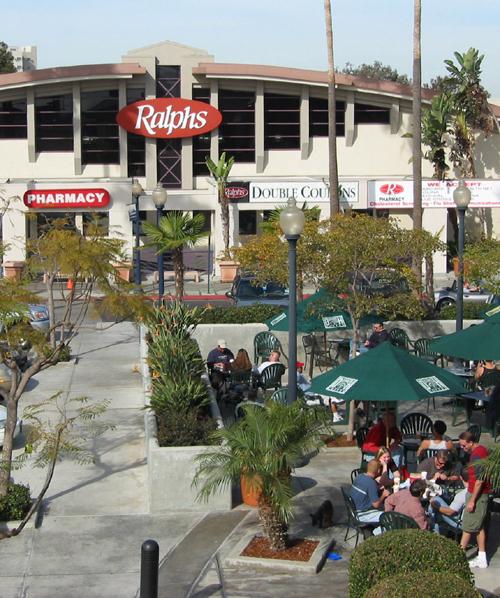 Patrons enjoy coffee across the street from the grocery store that anchors the Uptown District's retail component. 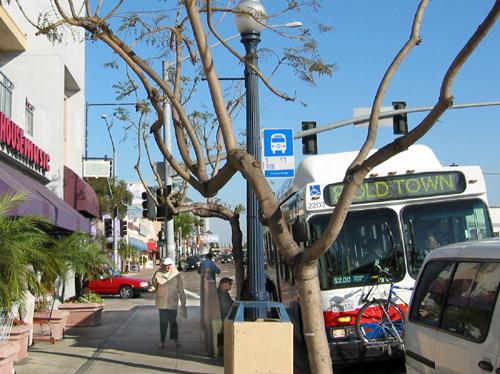