The Barrio Logan neighborhood, a predominantly low-income industrial and residential community 2 miles from downtown San Diego, is separated from the rest of the city by an interstate highway. In the past, adjacent port and industrial facilities discouraged non-industrial development in the community. However, after residents protested a series of industrial development proposals, they took charge of the redevelopment process to create new amenities and housing options.

The first project that resulted from neighborhood participation during development was the award-winning Chicano Park. Located beneath the Coronado Bay Bridge, the park is noted for its Mexican-style murals painted by local artists on the bridge abutments and pillars.

After the city designated Barrio Logan a Redevelopment Project Area in 1990, the community began to address other neighborhood priorities. The neighborhood received a stop on San Diego's trolley system, an important amenity for residents who rely on public transit. Redevelopment plans took advantage of the new asset by following transit-oriented design principles.

In 1995, the Metro Area Advisory Community built the 144-unit Mercado Apartments with help from the San Diego Redevelopment Authority and Bank of America. The attractive apartments are affordable to very low-income residents and were the first major new residential development in the neighborhood in 50 years. Extensive input from tenants led to a variety of design changes, including increased storage space and installing gas stoves rather than electric.

Market studies indicated the community could support a major Latino grocery store. Initially slower to develop, the project’s commercial component received a boost when a leading southern California Mexican supermarket signed on as the anchor tenant. 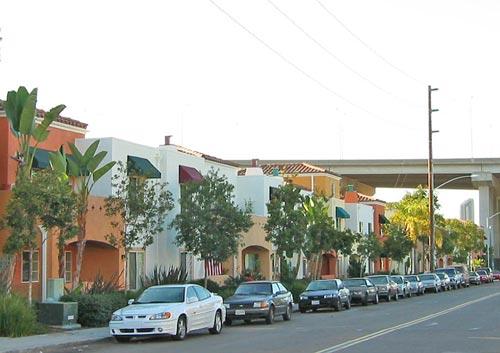 Seen here with the Coronado Bay Bridge in the background, the Mercado Apartments were the first new homes built in Barrio Logan in 50 years. 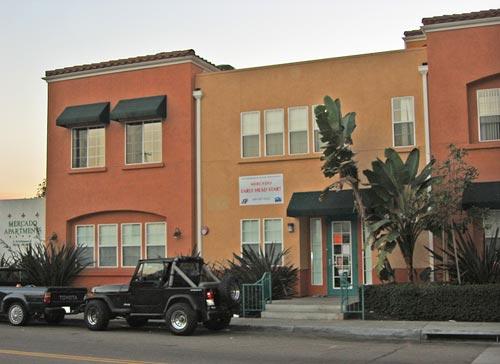 The Mercado Apartments day care center was a valued addition to the neighborhood. 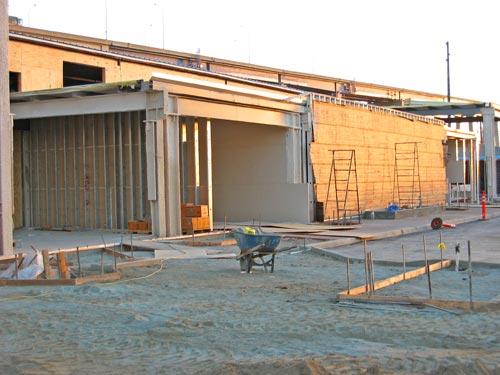 Construction on one of the first new commercial buildings in Barrio Logan, which would eventually house a popular restaurant. 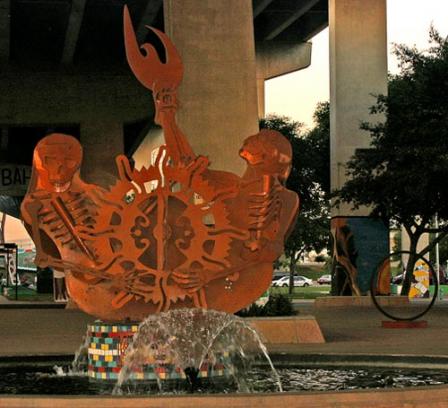 Artwork by a Mexican-American artist graces a fountain in Barrio Logan's Chicano Park.