Located along Baltimore's waterfront, the Can Company development is a former industrial facility converted into a mixed-use complex that preserves the historic factory structure to create a distinctive identity.

The manufacturing facility was the first project completed under Maryland's voluntary cleanup program to address brownfield contamination. Developer Struever Brothers, Eccles & Rouse rehabilitated the historic structure, transforming the site into a lively retail and office complex that has revitalized the surrounding neighborhood.

The 200,000-square-foot facility houses 40 businesses, including an Emerging Technology Center, offices, restaurants, and stores. These businesses provide services and customers for each other, while adding amenities for the surrounding neighborhoods.

Completed in 1999, this rehabilitation has encouraged the ongoing redevelopment of neighborhoods nearby. Between 1997 and 2000, home values in neighboring areas rose over 70 percent, with annual home sales doubling in the late 1990s. Building and construction permits quadrupled as abandoned and underused town homes were rehabilitated.

The Can Company and its Emerging Technology Center were part of Baltimore's larger plan to develop a competitive location for technology firms. The Digital Harbor program created 4,000 jobs in two years, offering an alternative to suburban office parks.

Among the many awards the Can Company has received are the National Association of Industrial and Office Properties Special Recognition and Revitalization Award in 2000, the 1999 Maryland Historic Trust Preservation Award, the 1999 National Trust for Historic Preservation Honor Award, and the 1998 Maryland Department of Planning Smart Growth Award. 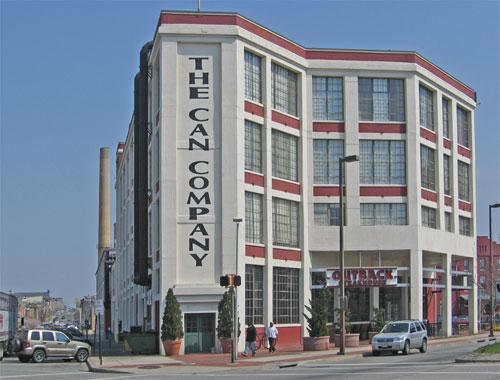 The Can Company's signature building contains offices and a restaurant. The former factory’s smokestack, an area landmark, was preserved. 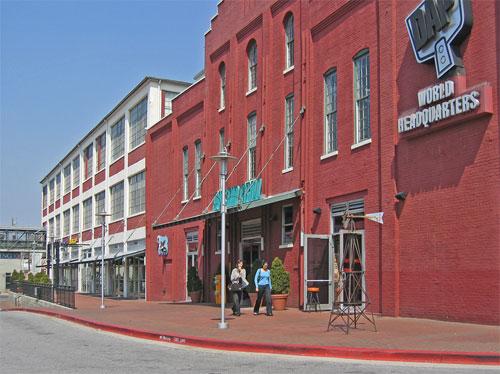 Offices, stores, and a restaurant occupy this refurbished building 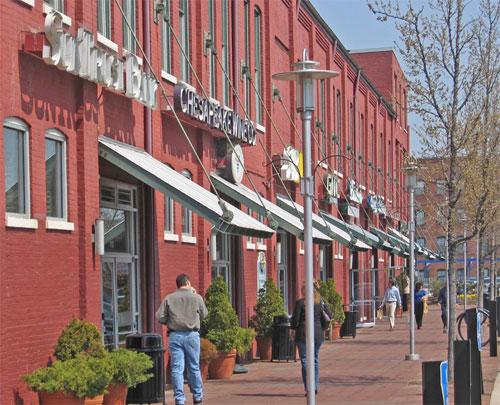 Stores line the first floor of this office building. 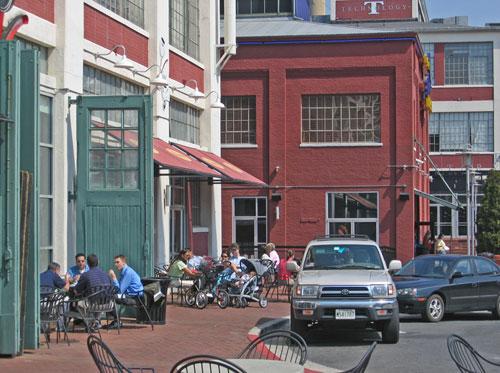 Workers and residents enjoy the outdoor seating at the Can Company's cafes and restaurants. The variety of building styles reflects the area’s history.