A Regional Food Partnership Demonstrates the Value of Coordination

The small, rural community of Ajo, Arizona, is in the middle of the Sonoran Desert and just 43 miles from the Mexican border. Ajo boomed as a copper-mining town at the turn of the 18th century, and the mine ended production in 1985. As of 2015, Ajo had a population of fewer than 4,000 people.

It might seem an unlikely place for a local food system to form the basis of community revitalization. However, in 2009, the Ajo Regional Food Partnership formed, aiming to enhance residents’ health, well-being, and food security. The diverse group of partners includes nonprofit organizations, the local school district, a health center, the library, and the county parks and recreation department. The group began virtually from zero, with nutrient-poor, contaminated soils in an area that sees little rainfall and had no recent history of agriculture. 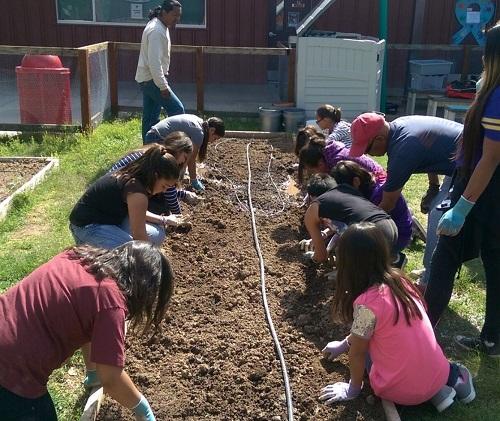 The Many Hands Urban Farm and Learning Center teaches children how to grow and prepare their own food. (Photo courtesy of Ajo Center for Sustainable Agriculture.)The partnership created a widely distributed network of local food sources under the stewardship of many individuals and groups. This network includes backyard gardens, community gardens and farms, farmers markets, grocery stores, restaurants, and food pantries/banks. The hub for many of these activities is the nonprofit Ajo Center for Sustainable Agriculture’s Many Hands Urban Farm and Learning Center, where the community helped create gardens, orchards, and a chicken coop. All of the growing areas serve as demonstration sites and growing sites for Sonoran Desert heirloom crops.

The learning center also hosts after-school Kids at the Farm programming, where 50 children and their families grow their own food and learn about healthy food preparation. The Ajo Center for Sustainable Agriculture is on the property of the Sonoran Desert Inn and Conference Center. The inn’s renovation in 2015 created a job-training site for community residents. A commercial kitchen was added a year later to serve the inn, provide space for cooking classes and demonstrations, and give market vendors a place to create prepared foods and value-added products. 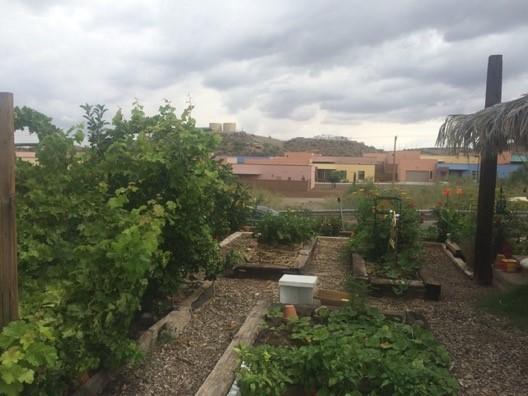 The community gardens at the Many Hands Urban Farm and Learning Center are a gathering place and hub of the local food system. (Photo courtesy of Renaissance Planning.)In part due to the action planning at the 2015 Local Foods, Local Places workshop, the partnership’s efforts increased the amount of food-producing land fourfold, from 10,000 to 40,000 square feet in just six years, while food production expanded eightfold, from 1,000 to 8,000 pounds per year. In 2016, at least 500 local families (more than one-quarter of all Ajo households) were involved with growing, selling, processing, and/or buying local foods.

The benefits have extended far beyond food. The Authentically Ajo Farmers Market serves as a community gathering space and has incubated 70 food vendors in a town with extreme poverty and few job opportunities. The market, learning center, and other gardens have been instrumental in revitalizing and greening the town while fostering hope for the future. The farmers market held in the town plaza attracts around 400 customers weekly during the height of the season and has helped increase sales for plaza businesses. In addition, the annual Ajo Food Festival attracts more than 1,000 visitors, including from Phoenix and Tucson, and has become Ajo’s largest community festival.