Nurturing a Culture that Supports Local Food and Local Community

Gloucester, Massachusetts, is a town of around 30,000 people on the eastern end of Cape Ann. Since the 1600s, Gloucester’s rich maritime heritage has defined its identity and economy. The port of Gloucester is the oldest in the country, and the city has historically served as a principal hub for the New England fishing industry. However, multiple challenges threaten the local fishing industry, including low prices, catch limitations, and the seasonal nature of the industry, which are especially difficult for the smaller-scale fishing operations and boats of Gloucester’s day fleet.

Gloucester has responded with a multi-pronged approach to cultivate local support for the city’s seafood industry. The Gloucester Fishermen’s Wives Association, founded in 1969, raises awareness of and addresses problems facing the New England fishery. The association educates the community about fisheries, works with local fishermen on market-based approaches to earn a living while sustaining fisheries, and advocates for a clean, healthy, sustainable ocean. 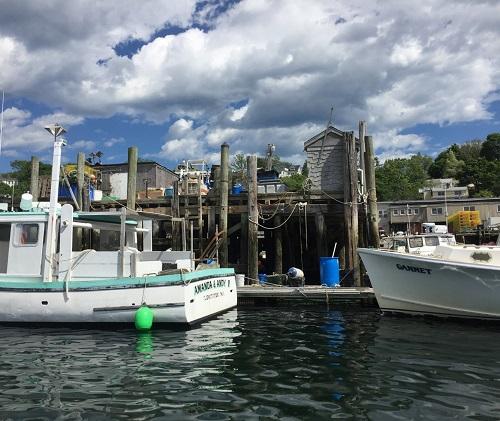 Gloucester Harbor gives the city its distinctive character and charm.Cape Ann Fresh Catch is a community-supported fishery in operation since 2008. Following the community-supported agriculture model, members purchase shares at the start of the season that entitle them to weekly allotments of fresh seafood. Members get fresh, high-quality seafood, while fishermen have a reliable market for their product. Including recipes helps customers learn how to prepare lesser-known species that might otherwise be discarded, as conventional grocery outlets sell a small number of the species that are caught.

In addition, the city’s Gloucester Fresh initiative aims to sustain and improve the local seafood industry. Funded by a $151,000 state Economic Seaport Council grant, the program supports exhibitions, created a branding campaign, and developed a contract with the Ninety-Nine Restaurant and Pub to serve city-branded fish at its more than 100 locations across New England. 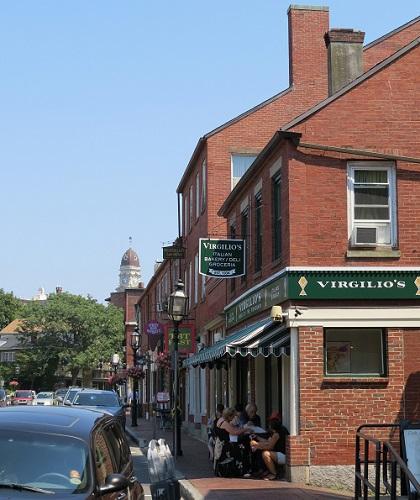 Gloucester’s historic downtown attracts local residents and tourists.The city used the Local Foods, Local Places workshop in 2016 to strategize about how to build on these successes. In 2017, Gloucester Fresh received a $20,000 USDA Rural Business Development grant to build a demonstration kitchen that can help showcase the benefits of local, underused species. In addition, as a direct result of the workshop, the community decided to apply for and received a $50,000 grant from the National Endowment for the Arts’ Our Town program in 2017.

The city’s efforts recognize that saving the local seafood industry is about more than the local economy. The working waterfront is the foundation of the city’s authentic sense of place, which could not survive the loss of the industry. More than most communities, Gloucester exemplifies how local food and local places are intertwined and mutually dependent.