Developers trying to build smart growth developments in the San Francisco Bay Area have an unusual ally: a conservation organization called the Greenbelt Alliance.Exit The alliance works to help level the regulatory playing field, which is tilted against smart growth in many communities.

Endorsed projects get a letter of support; the letter can also be sent to the entity that will decide whether to approve the project. The alliance may also advocate for some projects at hearings and other public forums. Having the support of a land conservation organization can be a powerful aid to gaining approval for a development project. 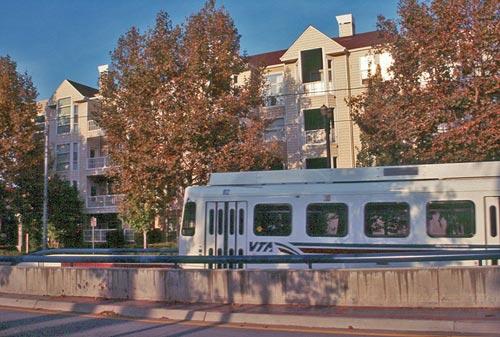 Because Ryland Mews is near a light-rail stop, the developer was able to use less land for parking spaces and build more moderately priced apartments in the middle of high-cost Silicon Valley.

The endorsement process begins when a developer submits an application that includes: 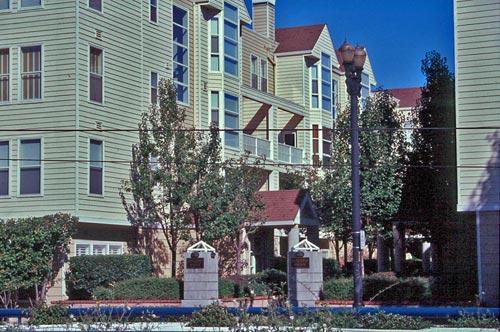 A Greenbelt Alliance reviewer will visit the site, review the application, and talk with the developer, community leaders, and planning department staff. The reviewer prepares a report for the Compact Development Team, which decides whether to endorse the project.

One project that the alliance endorsed, Ryland Mews, is a compact condominium development in San Jose with 131 units in a four-story building on less than 3.5 acres. The building is two blocks from a light-rail stop and near shopping areas, which allowed the developer to keep the parking ratio to a relatively low 1.77 spaces per unit. Reducing the amount of parking freed more space for housing.

Another endorsed project, the Warehouse Lofts in Emeryville, was one of the earliest housing developments in a former industrial area. A warehouse was converted into 157 loft-style condominiums, while two new buildings provided six live-work townhouses, 15 studio lofts, and a parking garage. Twenty-one units were sold to moderate-income households and five to low-income households.

The Warehouse Lofts proved the economic viability of housing in this area while helping balance the jobs-housing ratio. The former industrial and warehouse area is now a vibrant neighborhood with a mix of homes, stores, and offices.

Swan's Market is a mixed-use redevelopment of an abandoned historic market in downtown Oakland. Opened in 1998, it includes 18 affordable rental units, 20 market-rate condominiums, a live-work space, restaurants, shops, and the Oakland Museum of Children's Art. A market hall houses former tenants of the historic Housewives Market, which used to be across the street, and a public courtyard hosts a weekly farmer's market. 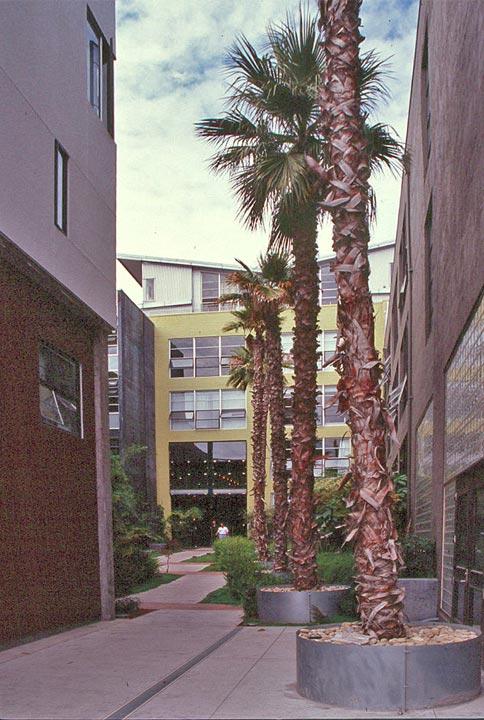 The courtyard at the Emeryville Warehouse Lofts provides residents with a green space in the middle of the city.

From 1990 to 2010, the Greenbelt Alliance endorsed more than 100 development projects and more than 20 neighborhood plans that were projected to create more than 70,000 residences within existing city limits. By endorsing these projects, the alliance is making smart growth development easier to build and reducing pressure to develop on green space. 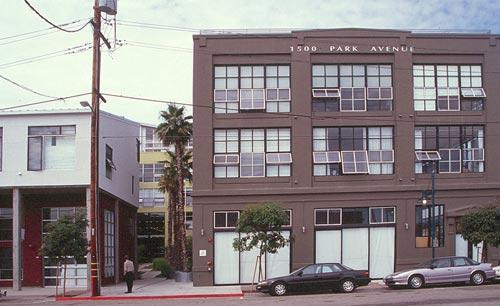 An abandoned warehouse in an Emeryville industrial district was turned into apartments and town homes. The success of this project sparked many warehouse retrofits, turning the area into a lively neighborhood with a mix of homes and shops.