Developed by the John D. and Catherine T. MacArthur Foundation with Cypress Realty, Abacoa protects and restores riparian and endangered species habitat while reducing development pressure near the Everglades. The 393 acres of preserved open space includes parks throughout Abacoa’s neighborhoods and a 260-acre greenway that protects the ecosystem of wetlands and pine woods, 60 acres of which are set aside as an endangered gopher tortoise habitat.

In addition to providing wildlife habitat, recreation, and educational opportunities, Abacoa’s greenways and lakes manage stormwater runoff from the entire community. The greenways capture rainfall, allowing it to slowly seep into the ground instead of running off the surface. A 2001 survey of residents showed the value of Abacoa's open space — while 56 percent of the survey's respondents had used the greenway, 98 percent said it was important to them.

The project includes a mix of land uses: 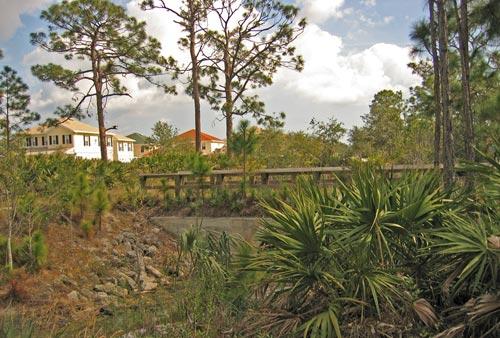 A nature trail crosses the creek at the Abacoa Greenway.

Abacoa contains a wide variety of housing types. These include large- and small-lot detached single-family homes, townhouses, and condominiums, along with apartments located above town center shops. Sidewalks, bike paths, and narrow streets give residents transportation options other than driving, making walking or biking more convenient and appealing between neighborhoods and the town center.

Work on Abacoa began in 1996. By 2010, the development was almost two-thirds complete. The community has helped educate developers, planners, and other professionals, as well as many Florida municipalities, by hosting tours and talks on planning issues. 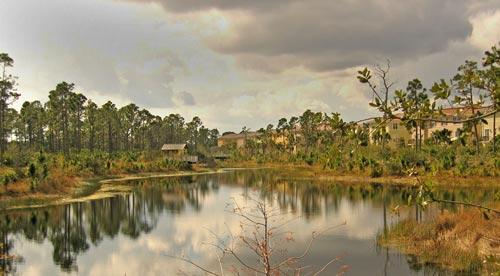 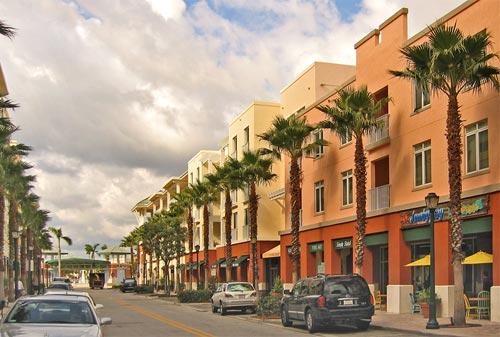 Abacoa's main street has shops on the first floor with apartments above. The street ends at a park and amphitheater. 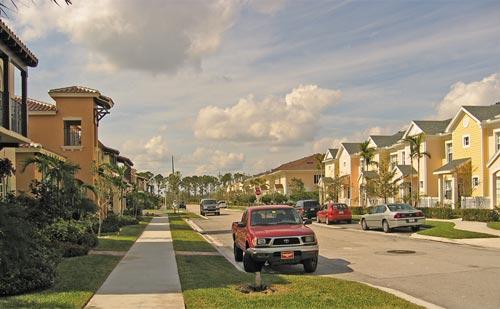 Abacoa provides a variety of homes. On this street, single-family homes line the left side, while town homes are on the right and garden apartments are further down.