If you are having trouble viewing the map in your browser, click the 'View larger map' link below

The 360-acre Gilt Edge Mine Superfund site is located in the Black Hills in Lawrence County, South Dakota. Mining and mineral processing began on site in 1876. The last mine operator at the site abandoned mining in 1999. Historic mine operations at the site contaminated surface water and groundwater with acidic water containing heavy metals. EPA added the site to the National Priorities List (NPL) in 2000. EPA addressed immediate threats by operating a mine water treatment system for the site and capping contamination at Ruby Gulch Waste Rock Dump. In 2017, EPA began work to remove mine waste from source areas and consolidate it on site in the open mine pits. The consolidated waste will be capped to prevent future exposures. This cleanup effort is ongoing.
Last updated September 2019

As of December 2019, EPA did not have economic data related to on-site businesses, or economic data were not applicable due to site use. For additional information click here. 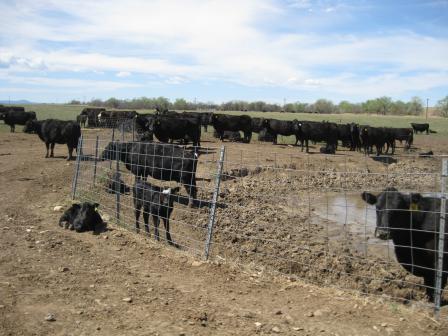 Whitewood CreekThe Whitewood Creek Superfund site covers an 18-mile stretch of Whitewood Creek in Lawrence, Meade and Butte Counties, South Dakota. Since the 1870s, area gold mining operations discharged millions of tons of mine tailings into Whitewood Creek. These mine tailings contaminated soil, groundwater and surface water. EPA added the site to the National Priorities List (NPL) in 1983. The potentially responsible party, Homestake Mining Company, cleaned up the site by removing and replacing 4,500 cubic yards of contaminated soil from 16 residential yards. EPA took the site off the NPL in 1996. About 83 percent of the site remains native woodlands and provides habitat for wildlife. The creek currently serves as a water source for irrigation, livestock and recreation. Residents along Whitewood Creek continue to raise livestock and crops for livestock feed on site, as they have for more than 40 years. Whitewood Creek banks are now revegetated. Portions of the site are in reuse as ranchland. Local residents also use the creek for recreational purposes.
Last updated September 2019

As of December 2019, EPA did not have economic data related to on-site businesses, or economic data were not applicable due to site use. For additional information click here. 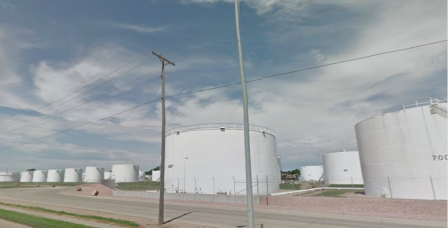 Williams Pipe Line Co. Disposal PitThe 52-acre Williams Pipe Line Co. Disposal Pit Superfund site is located in Sioux Falls, South Dakota. The Great Lakes Pipeline company constructed a facility at the site and began operations in 1945. The Williams Pipeline Company purchased the property in 1966. Bulk quantities of liquid fertilizers, as well as petroleum products, were stored and conveyed at the facility. These materials included fuel oil, diesel fuel, unleaded gasoline, aviation gasoline and jet fuel. Tanks and pipe racks moved petroleum fuel to the loading racks where delivery vehicles were filled. A burn pond, or disposal pit, was constructed in 1945 in the northeast corner of the terminal. The burn pond was used until 1987 to collect stormwater runoff from various areas of the terminal. The stormwater runoff was often contaminated with spilled materials. Petroleum products accumulating on the pond surface were periodically burned off. These activities contaminated groundwater with hazardous chemicals. EPA added the site to the National Priorities List (NPL) in 1990. Cleanup activities included installation of recovery trenches along site boundaries to capture contamination and to prevent contaminated groundwater from moving off site. The site remedy also included groundwater monitoring. Remedy construction finished in 1994. After the site met cleanup goals, EPA took the site off the NPL in 1999. The site property remains in continued industrial use. The Williams Pipe Line Terminal (now Magellan Pipeline Company) houses 42 aboveground petroleum storage tanks, a fuel loading area, garages and an administration building.
Last updated September 2019

As of December 2019, EPA had data on one on-site business. This business employed 10 people and generated an estimated $5,879,000 in annual sales revenue. For additional information click here.