The 42-acre Brick Township Landfill began operating in the 1940s. It accepted a variety of waste materials including sewage and contaminated liquids. Prior to Brick Township acquiring the property, a private owner operated the landfill until 1973. The site closed in 1979 and was placed on EPA’s National Priorities List (NPL) in 1983. EPA took over as lead agency for the site in 2007 and cleanup work was completed by Brick Township in 2013. The work at the site included placing a cap on the landfill to prevent rain water from seeping into the landfill and spreading contamination. In addition, there are state and local restrictions in place to prevent the site’s contaminated ground water from being used as drinking water.

This site is being featured because Brick Township successfully turned an environmental liability into a community asset. The Township decided to redevelop this former landfill into a solar power facility that is now completed and is large enough to supply the electricity used by township government buildings and community parks. 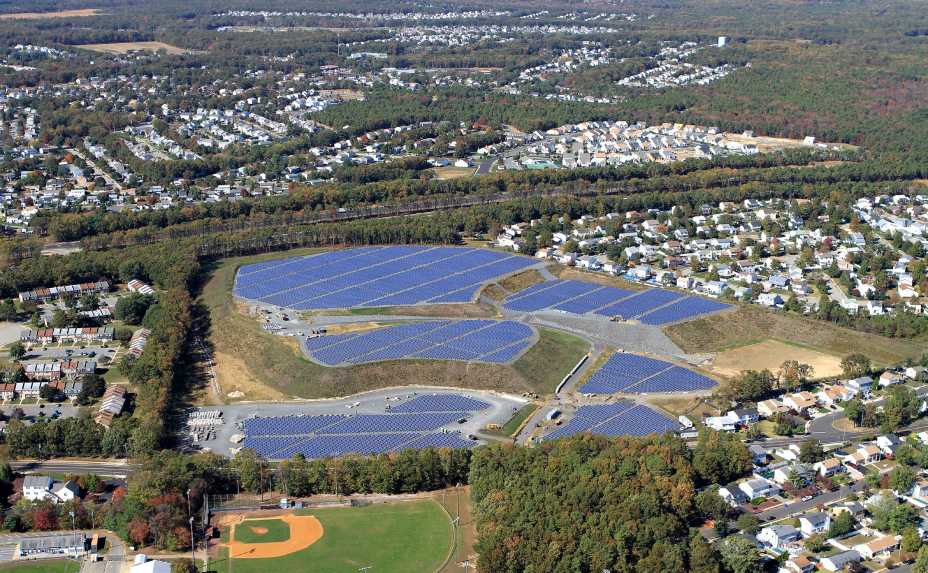 The Roebling Steel Company site is located next to the Delaware River in Florence Township, New Jersey. The 200-acre area is a former manufacturing plant for steel and wire products. The Roebling Steel Company produced steel wire and cable at the site for many years before closing in the 1980s. Decades of industrial use contaminated soil, ground water, and river and creek sediments with heavy metals. Buildings on site contained contaminated process dust and exposed asbestos. Cleanup began in 1987 with the removal of contaminated materials including drums, transformers and tanks throughout the facility. By 2011, EPA had demolished 70 buildings and removed underground sources of contamination. By 2013, EPA completed dredging of sediments in Crafts Creek and the Delaware River Back Channel. EPA also stabilized and remediated the riverfront area.

Following completion of cleanup activities, a significant portion of the Roebling Steel site is now in reuse. Redevelopment plans were made in collaboration with the community, the Township who is the site owner, and EPA. The focus of the redevelopment was to highlight the steel mill’s historic significance while creating open space areas. EPA also coordinated with New Jersey Transit to establish a light-rail commuter station and parking lot, which opened in 2005. EPA restored the 7,000-square-foot Roebling Steel Company Main Gate House following National Historic Preservation Act guidelines. Today, the building is home to the Roebling Museum which serves to document the community’s rich history. In addition, EPA helped to restore the riverfront by making it accessible to the public and opening 34 acres of green space along the water. 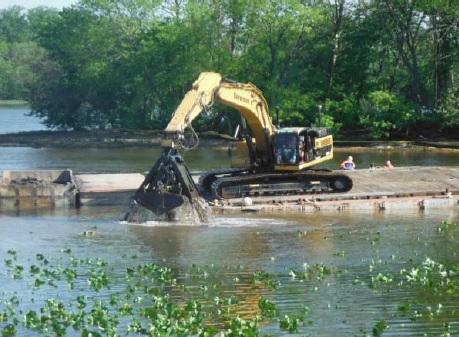 A nickel-cadmium battery factory located in Cold Spring, NY operated from the 1950s to the 1970s and discharged contaminated wastewater into the Hudson River and adjacent cove and marsh and spewed contaminated dust onto neighboring residential yards. A small VOC-contaminated groundwater plume also exists on the former factory grounds. The remedies chosen in the three Records of Decision (1986, 1988, and 1989) included the dredging and excavation of contaminated sediments from the Hudson River, East Foundry Marsh and Cove, excavation of contaminated soils from the former factory grounds and adjacent yards, demolition of the former battery factory, restoration of the marsh and natural attenuation of the plume. The remedial construction occurred from 1993-1995 and the site was delisted in 1996. The marsh, cove and groundwater continue to be monitored.

The former battery factory property is now owned by a developer and is awaiting redevelopment. The marsh and the adjacent (never contaminated) 87 acres are now owned by Scenic Hudson, a non-for-profit environmental preservation organization and have been reestablished into a public park, The West Point Foundry Preserve, a National Historic Site. 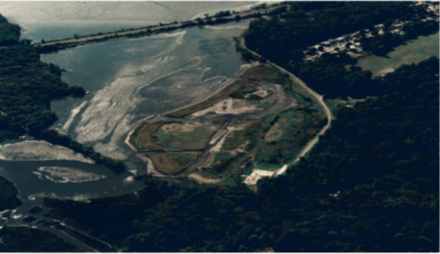 The marsh, river and cove offer kayaking and hiking

For a 30-year period, ending in the late 1970’s, an estimated 1.3 million pounds of polychlorinated biphenyls (PCBs) were discharged into the Hudson River from two General Electric (GE) capacitor manufacturing plants located in the towns of Fort Edward and Hudson Falls, New York. In 1984, 200 miles of river, between Hudson Falls and the Battery in New York City, was placed on EPA’s National Priorities List of the country’s most contaminated hazardous waste sites.  The EPA finalized a plan in 2002 to address the PCBs by dredging a section of the upper Hudson River. GE subsequently agreed to perform the work under a 2006 legal agreement. After extensive engineering work, the EPA-mandated project began in 2009. It targeted 2.65 million cubic yards of PCB-contaminated sediment from the 40-mile stretch of river between Fort Edward and Troy, New York. The work was performed by GE and overseen by the EPA.

In just six years of in-river work, dredging to remove 2.75 million cubic yards of river mud contaminated with polychlorinated biphenyls (PCBs) from a 40-mile section of the upper Hudson River has been completed. The project was the largest and most technically complex environmental dredging work ever undertaken in the United States. The dredging removed about 310,000 pounds of PCBs – twice what was originally estimated. The work was also completed in less time than expected.

According to GE, the company has spent over $1.5 billion on the cleanup project. The dredging work created up to 500 jobs annually at its peak. About 280 area contractors, subcontractors, vendors and suppliers provided goods or services related to the project.

The next phase of the dredging project includes extensive long-term monitoring to track the recovery of the river over time. As the dredging project transitions to the monitoring phase, a comprehensive study of the contamination in the shoreline areas, called floodplains, is getting underway. Under an October 2014 agreement with the EPA, GE will investigate the PCB contamination in the floodplains in a 40-mile stretch of the Hudson River from Hudson Falls to Troy, New York, and will develop cleanup options. 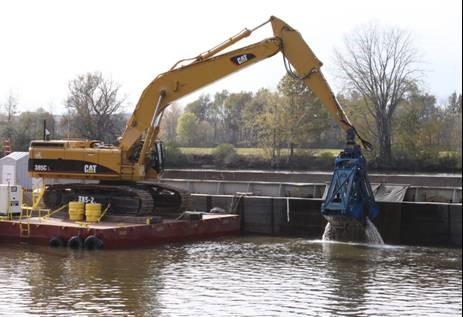 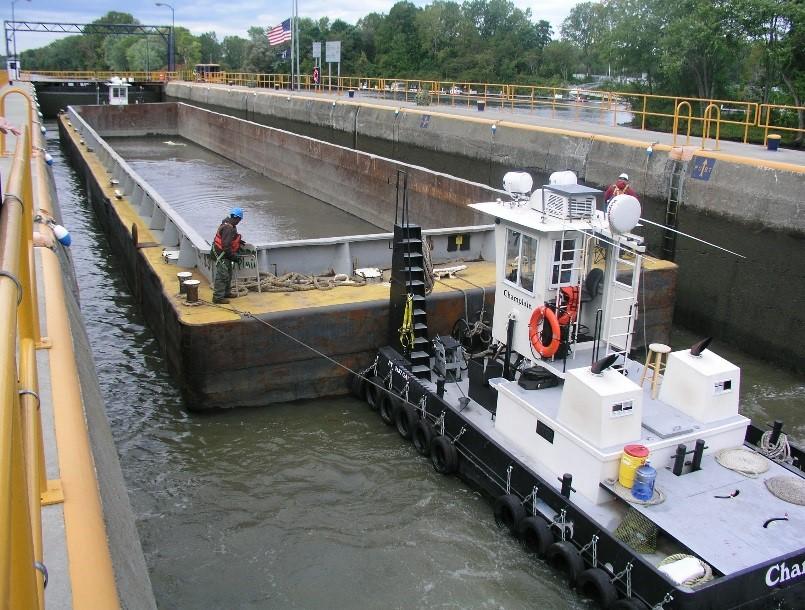 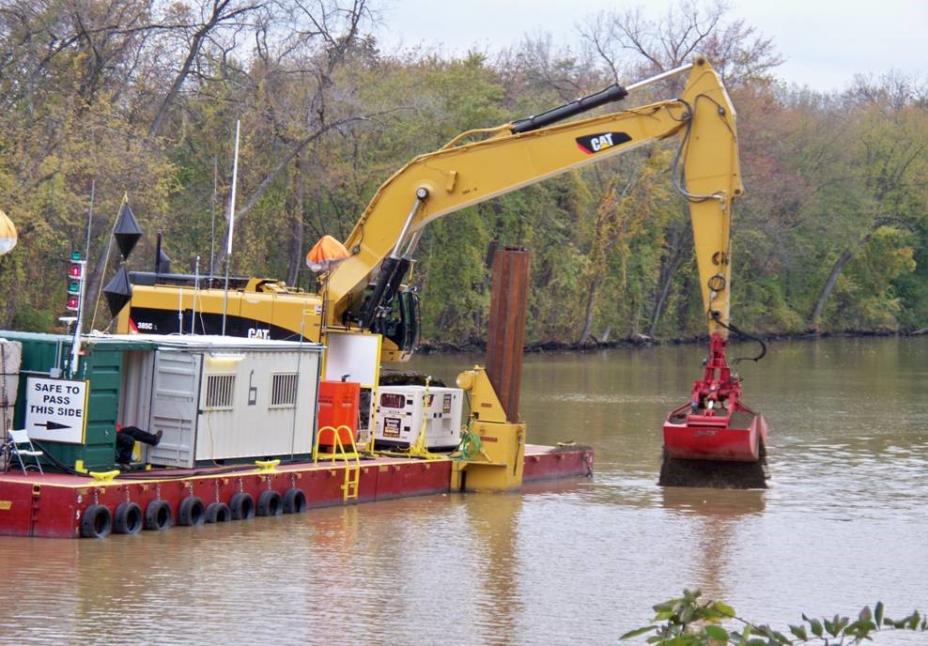 Watch Manna Jo Greene, Environmental Director for Hudson River Sloop Clearwater, discuss the value of the Community Advisory Group in the Superfund cleanup process. Manna Jo has been a member of the Hudson River PCBs site Community Advisory Group since its inception in 2004. Over the course of the last 11 years, the group has been involved and actively engaged in discussions with EPA about the project design, community health and safety plans, five-year review and the recently completed in-river dredging work: