The site includes a 440-acre plant that manufactured rayon and other synthetics from 1940 to 1989. Plant waste disposed of in on-site impoundments and fill areas contaminated groundwater, soil and the Shenandoah River with hazardous chemicals.

Throughout the cleanup process, the community has been developing site reuse plans. EPA served in an advisory capacity to site stakeholders, including the Front Royal-Warren County Economic Development Authority (EDA), the United States Soccer Foundation and FMC Corporation. Because of these collaborative efforts, the site has become home to a number of commercial, recreational and ecological assets.  These include a 240-acre ecological conservancy park along the Shenandoah River, a 162-acre industrial and commercial development called the Royal Phoenix Business Park, four soccer fields and a skate park on a 32-acre parcel of the site. 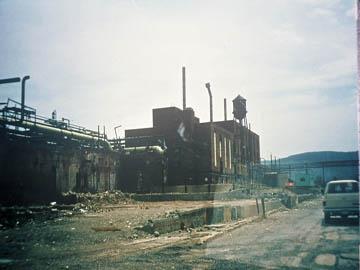 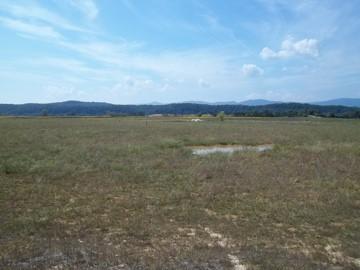 After- The Site after cleanup

About the Havertown PCP Superfund Site

The Havertown PCP Superfund site ran as a wood treatment operation from 1947 to 1991. Oil, contaminated with Pentachlorophenol (PCP), was disposed in a well underneath its plant. Due to the facility’s methods of waste disposal, the property’s soil and the groundwater were contaminated.

The Philadelphia Freedom Valley YMCA demonstrated excellence in working cooperatively with Region 3, PADEP, the Township of Haverford and other Federal and State stakeholders in the construction of the Haverford Area YMCA which is located adjacent to the Havertown PCP Site and directly over the contaminated groundwater plume.  The reuse of this portion of the Township of Haverford is not only consistent with the required remedial action, but has provided the local community with a much needed fitness facility that serves preschoolers, teens and families.

About the Palmerton Zinc Superfund Site

The Palmerton Zinc Pile Site, encompasses the Borough of Palmerton and surrounding areas, Blue Mountain, a large smelting residue pile called the Cinder Bank and much of the valley. For nearly 70 years, the New Jersey Zinc Company deposited 33 million tons of slag at the site, creating a cinder bank that extends for 2 1/2 miles and measures over 100 feet high and 500 to 1,000 feet wide. The smelting operations emitted huge quantities of heavy metals throughout the valley. As a result, approximately 2,000 acres on Blue Mountain have been defoliated, leaving a barren mountain side.

The Lehigh Gap Nature Center has been transformed from a barren landscape into valuable habitat for resident species, and a corridor and stopover site for migratory species. This habitat was created by the re-vegetation and reforestation of the Palmerton site with native warm season grasses and 13,000 trees, including 4,000 of the nearly extinct America Chestnut tree.  EPA’s cleanup decision to use this approach was influenced by the Center’s vision and its cooperation with parties potentially responsible for the cleanup of 750 acres on Blue Mountain.

Watch EPA Community Involvement Coordinator, Alex Mandell, highlight the of planting of 13,000 trees at the Palmerton Superfund Site including the American Chestnut Tree that had been wiped out in the 1900s:

The 1,293-acre Tobyhanna Army Depot is the largest, full-service electronics maintenance facility in the Department of Defense (DoD) as well as the region's largest industrial employer, with 3,300 employees and a regional economic impact of $3.8 billion.  From the 1950s to early 1960s, the Army used part of the site for burning and disposal of garbage, construction rubble, scrap metal, drums and solvents. Waste disposal activities contaminated sediment and groundwater.  It was listed on the National Priorities List (NPL) in August 1990.  Following cleanup, EPA took part of the site off the Superfund program’s NPL in 2001. Monitored natural attenuation of groundwater is ongoing.

In addition to the Superfund site cleanup, Tobyhanna Army Depot has worked aggressively to reduce the impact of their operations on the environment by reducing waste and air emissions, conserving water and energy and recycling up to 80 percent of the solid waste stream.  Proactive measures include conversion from a central coal-fired heat plant to decentralized natural gas, installation of over 100,000 square feet of vegetative roof to reduce carbon footprint as well as storm water runoff.  These and other sustainability efforts have garnered a number of environmental awards from the state, EPA and Army. 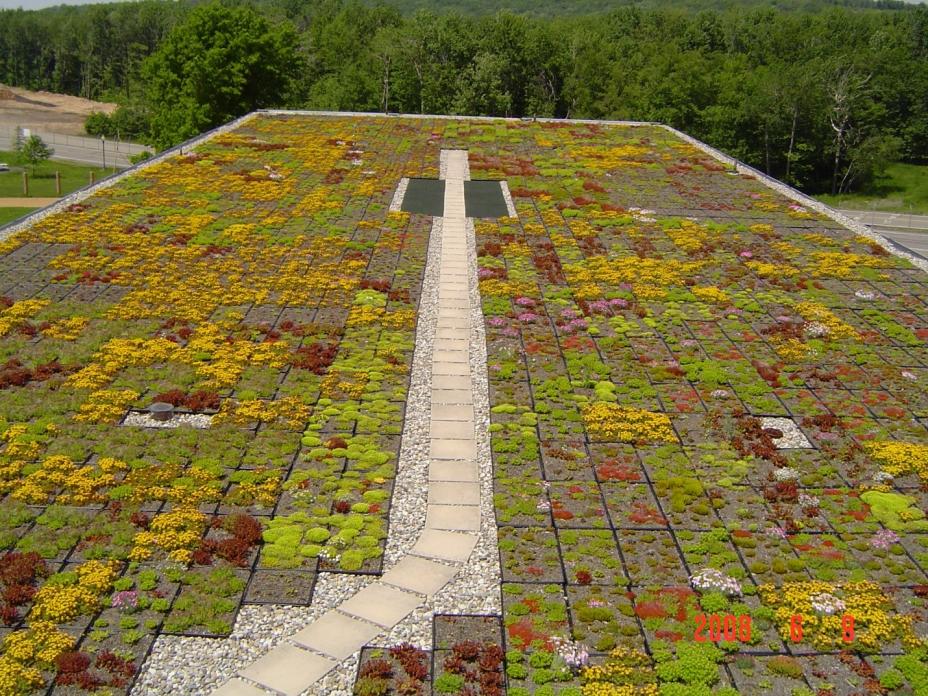 A green roof on Wing A of the Tobyhanna Army Depot

Learn about how the Green Roof at the Tobyhanna Superfund Site Conserves Energy and Reduces Stormwater Run-off:

About the Philadelphia Naval Yard

The Department of the Navy began environmental assessment and cleanup in 1991 with oversight from the US EPA. Today, all Navy response actions required to support the transfer and reuse of the former naval complex have been implemented.  As a BRAC site, it has been transferred to the City of Philadelphia. This includes the $430 million Kvaerner (now Aker) Shipyard transfer in 2000.  Kvaerner, a European shipbuilding company, developed 100 acres of the former naval shipyard as a modern shipbuilding facility.  Purchased by Aker, the company and currently employs 1,200 workers.  At full capacity, the Navy Yard will support more than 20,000 employees and over $2 billion in private investment.

The Girard Point Management Area was previously used for transfer, incineration, and landfilling of shipyard solid waste.  The cleanup decision document required a landfill cap and long-term groundwater monitoring. Construction of the cap and a river bank stabilization project have been completed.  Because wastes remain in place, this area is subject to review every five years to determine whether the remedy continues to be protective of human health and the environment. 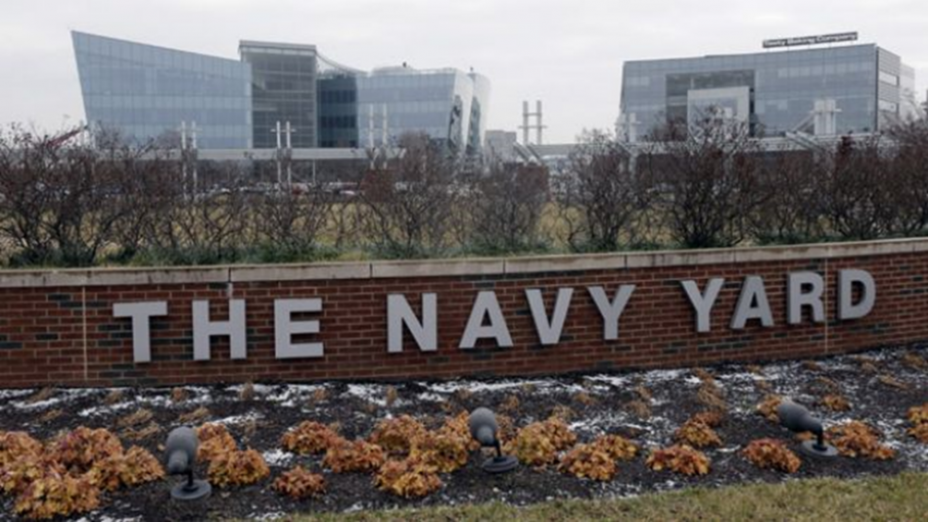 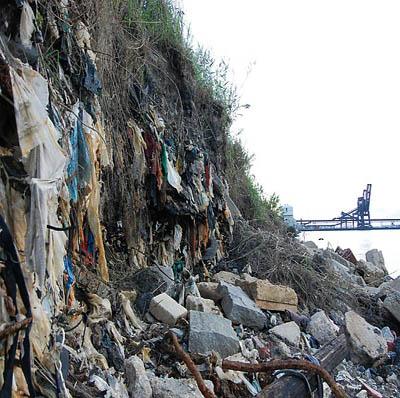 Girard Point Landfill prior to remediation 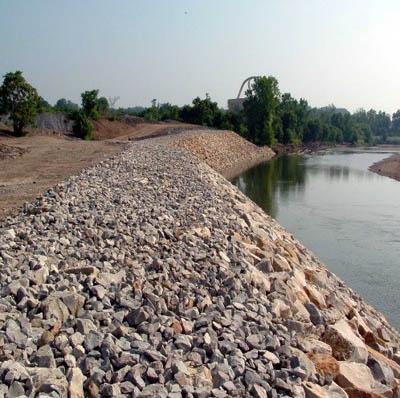