About the Carter Carburetor Site

The Carter Carburetor Site was operated by the Carter Carburetor Corporation and Carter Automotive Products, both of which were subsidiaries of ACF Industries, Inc. from the 1920s until about 1984. The plant consisted of several connected multi-story manufacturing, testing, office, and warehouse buildings that contained more than 500,000 square feet of space. During its operational life, the plant manufactured carburetors for gasoline- and diesel-powered engines. In 1984, ACF Industries, Inc. closed the plant and dismantled much of the equipment. Although numerous chemicals were used in the plant's manufacturing process, the primary environmental contaminants at the site include polychlorinated biphenyls (PCBs), trichloroethylene (TCE), and asbestos.

Cleanup of the site began in 2013 with the removal of asbestos and hazardous debris from buildings on the property. Demolition and removal of the buildings began in 2015. Additional waste removal work, on-site waste treatment, and other cleanup work is expected to continue into late 2017. The cleanup will allow the property in one of St. Louis’s oldest neighborhoods, a designated Environmental Justice area, to be redeveloped and returned to productive use for the community. 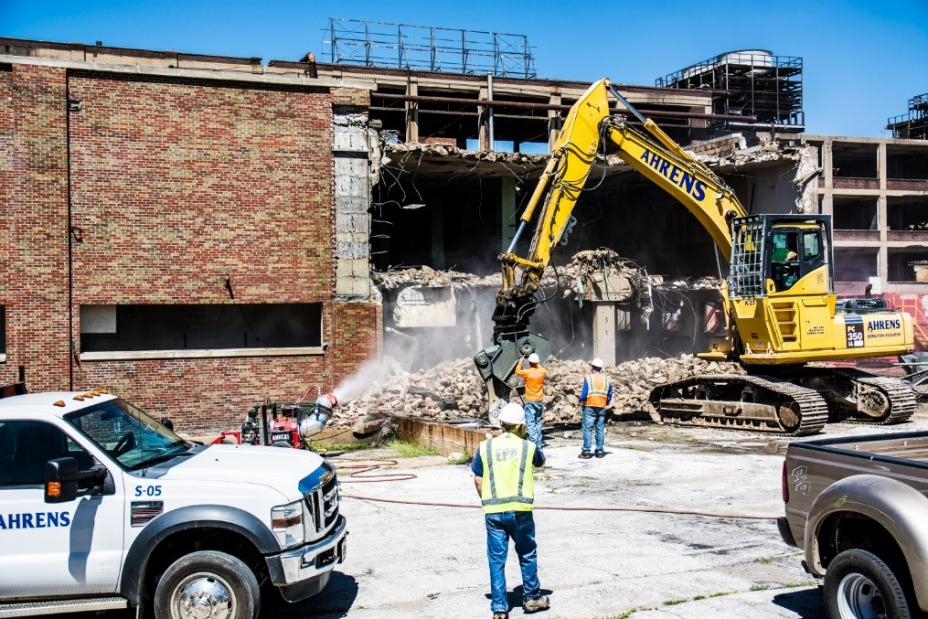 About the Omaha Lead Superfund Site

The Omaha Lead Superfund Site, consisting of approximately 27 square miles of property within the metro area of Omaha, Nebraska, is the single largest residential lead contamination site in the nation. Soils across a broad swath of Omaha were contaminated with lead over the span of more than a century, primarily from the operation of a major lead smelter situated along the west bank of the Missouri River, which sent particulate lead aloft from its smokestacks and deposited it on the landscape. Other sources of lead contamination at the site included a former paint manufacturer, a former lead battery plant, and the decay of lead-based paint from homes and other structures.

In 1998, noting health data that showed elevated blood lead levels in the city’s children, Omaha’s City Council asked EPA to help address lead contaminated soils in the city’s residential yards, as well as childcare facilities, schools, playgrounds and parks. Since EPA began its work in 1999, the agency has sampled more than 40,000 properties and cleaned up more than 13,000 properties that were found to contain elevated levels of lead. After 16 years of work on the cleanup, child blood lead levels have dropped measurably in the city. EPA will transition much of the remaining sampling and cleanup role to the City of Omaha in 2016, under terms of a $31 million cooperative agreement. 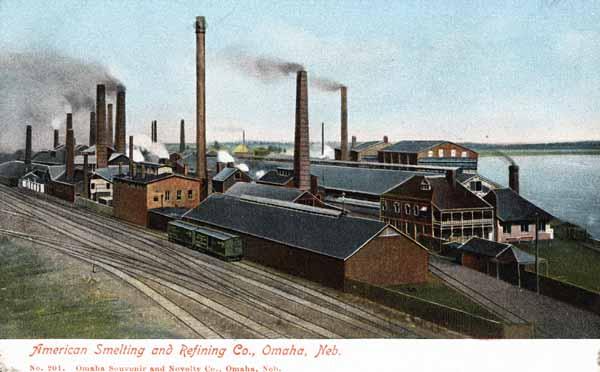 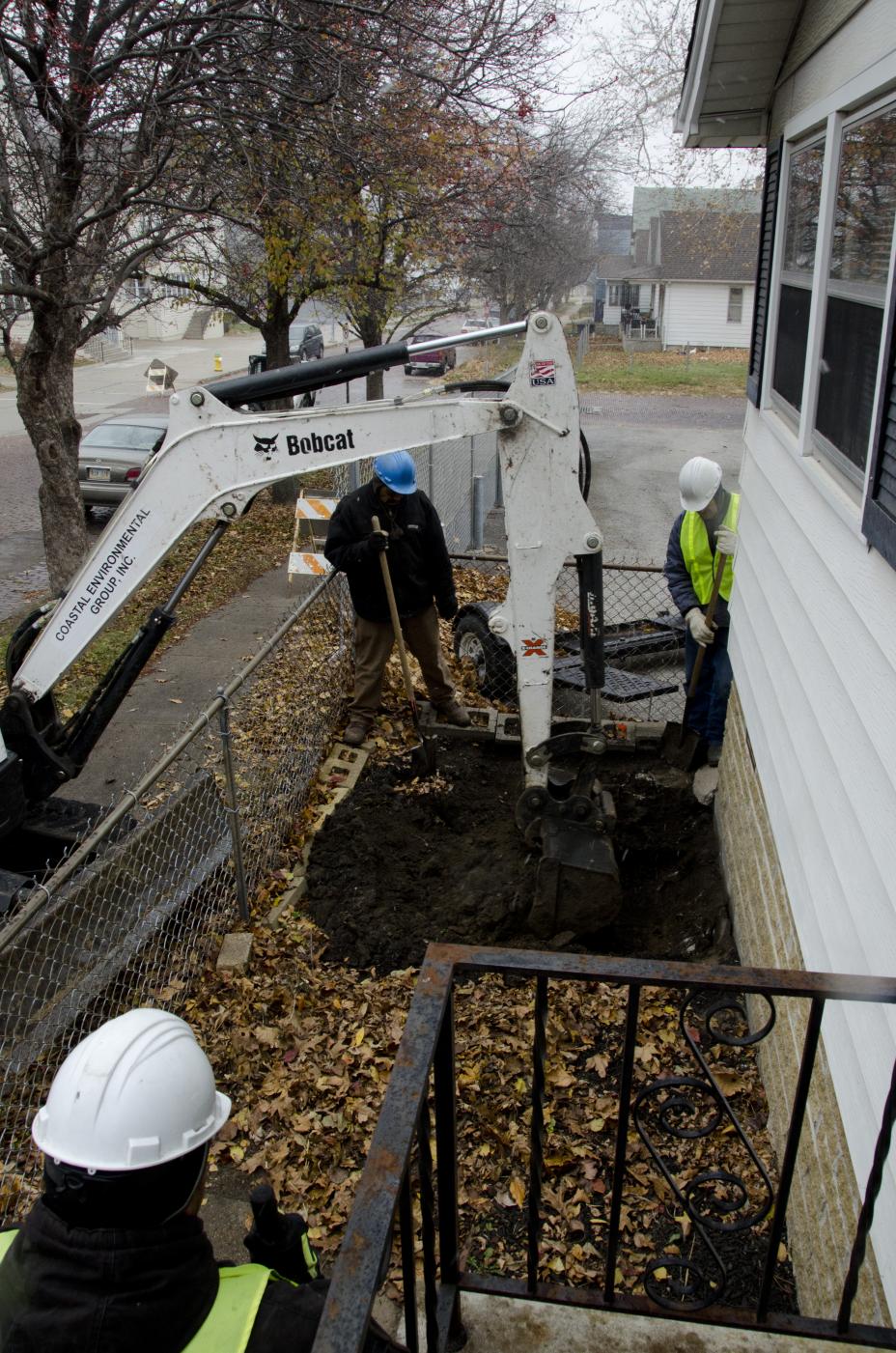 Companies smelted silver ore and fabricated steel products at the 22-acre Kansas City Structural Steel Site for more than a century. The activities contaminated soil with heavy metals, including lead. Site cleanup took place from 1990 to 1995.

El Centro, a local nonprofit, acquired the site property in 1995, after signing an agreement with EPA to ensure long-term protectiveness of the remedy. El Centro worked with local government officials to pursue redevelopment of the site, and in 2014 ground was broken on La Plaza Argentine, a multi-tenant shopping center. On September 10, 2014, EPA Region 7 presented the Leading Environmentalism and Forwarding Sustainability (L.E.A.F.S.) award to Walmart and to the Argentine Neighborhood Development Association for creating the new Walmart Neighborhood Market retail store. Additional reuses of the property are being considered. 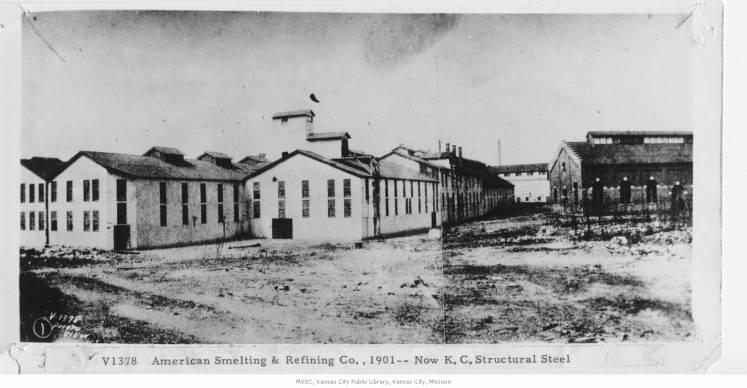 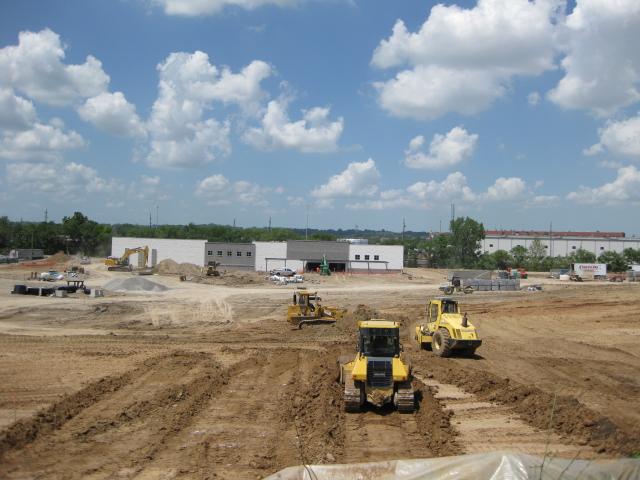 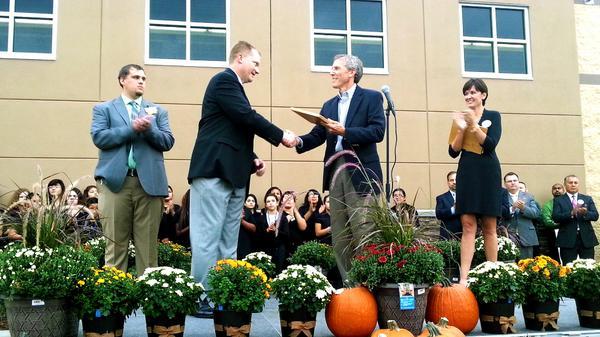 EPA Region 7 Administrator Karl Brooks presents the L.E.A.F.S. award to Walmart and to the Argentine Neighborhood Development Association for the reuse of the Kansas City Structural Steel Site. (September 2014)

The 3,935-acre Lake City Army Ammunition Plant Site is U.S. government-owned, contractor-operated facility that was established by the Remington Arms Company in 1941 to manufacture and test small caliber ammunition for the U.S. Army. It has remained in continuous operation, producing munitions for the nation’s military services, except for one 5-year period following World War II.  Industrial operations at the site, including military manufacturing, have contaminated ground water, surface water and soils with volatile organic compounds (VOCs), explosives, perchlorates and heavy metals. Cleanup, operation and maintenance activities and monitoring are ongoing.

Federal ownership provides inherent authority for the U.S. Army to control land use and take action against unapproved uses at the site, but also entails statutory and regulatory obligations. Numerous requirements are placed on federal agencies that manage land to ensure the protection of human health and the environment. Under a 1989 Federal Facility Agreement, EPA and the State of Missouri oversee environmental actions taken at the site. 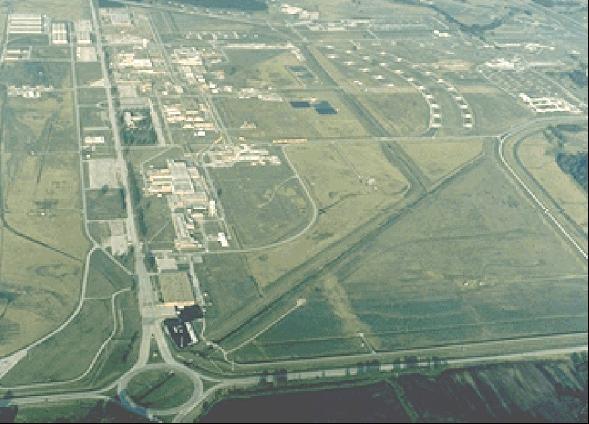 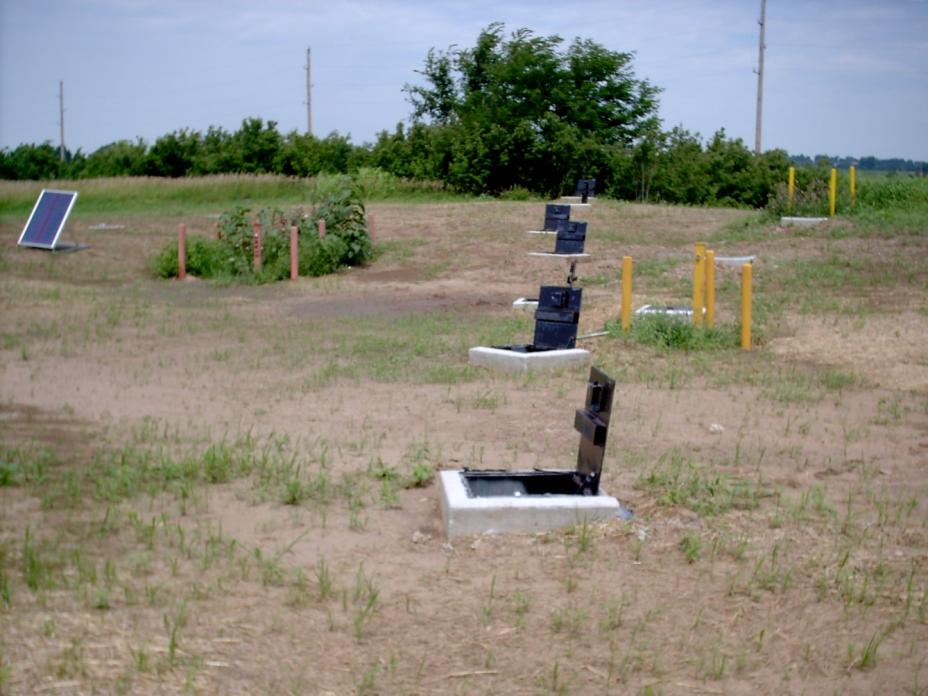 About the Chemical Commodities Inc. Site

Cleanup of the site was completed by responsible parties in 2012, and the site is now a pollinator habitat garden and serves as a sanctuary for monarch butterflies and other vital pollinators.  The monarch butterfly and pollinator sanctuary features walking trails and information stations for visitors and can also be used by the community to host pollinator educational events. 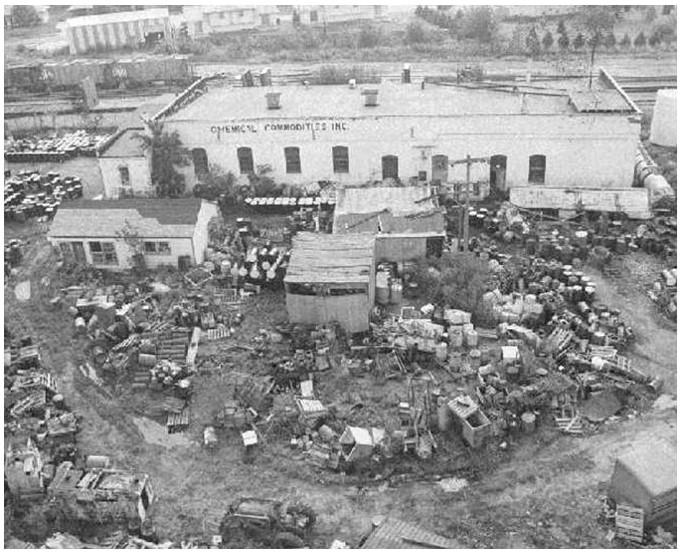 Historic view of the Chemical Commodities, Inc. site prior to cleanup. 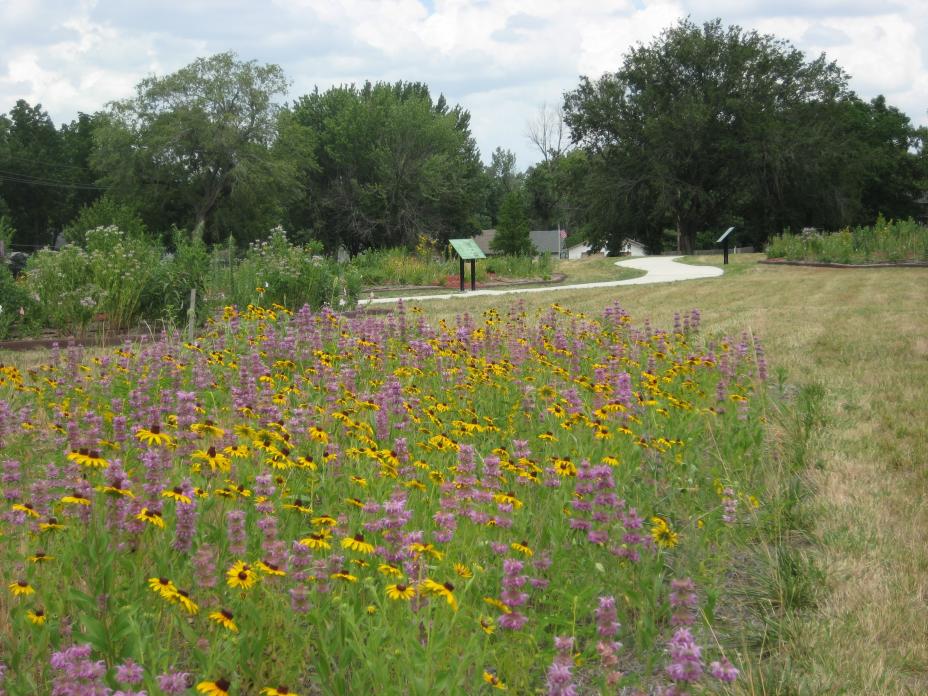