About the Midvale Slag Superfund Site

This 446-acre site in Midvale City, Utah had five lead and copper smelters operating on it between 1871 and 1971. The smelting process left behind heavy metals in the soil and groundwater. In 1996, we began removing contaminated soil and replacing it with clean fill and topsoil. In 2007, we completed cleanup of the former smelter area by placing the waste under protective covers. The final phase of the work was completed in 2014 and involved stabilizing the banks along the Jordan River.

Today the site is a thriving mixed-use development that includes a light rail station, homes, businesses, and parks. This impressive outcome was accomplished through a stakeholder process which included the local and state governments, property owners and a citizen’s group. 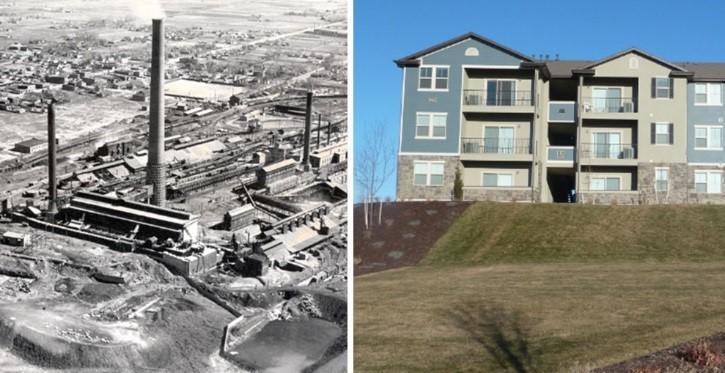 About the California Gulch Superfund Site

The California Gulch Superfund site consists of about 18 square miles in Lake County, Colorado, and includes the city of Leadville. Wastes generated during the mining and ore processing activities for more than 130 years contained metals such as arsenic and lead at levels posing a threat to human health and the environment. These wastes remained on the land surface and migrated through the environment by washing into streams and leaching contaminants into surface water and groundwater. The site was added to the National Priorities List in 1983, and in 1994 was divided into 12 geographically based areas, identified as operable units. As of October 2014, EPA has conducted partial deletions for seven of the 12 operable units on the National Priorities List (OUs 2, 4, 5, 7, 8, 9 and 10).

Over the years, EPA worked with the state, the local community and the site’s potentially responsible parties to coordinate ecological restoration work and redevelopment on specific portions of the site. Some examples of redevelopment at the California Gulch site include a $1.5 million public sports complex which includes a soccer field built in 2009 on a former zinc smelter and the construction of the Mineral Belt Trail completed in 2000 which is a nationally recognized recreational trail that highlights the community’s history and heritage. Ecological restoration work as lead to the Colorado Parks and Wildlife Commission honoring the site with a Gold Metal Trout Waters designation.

Within the Lefthand Creek watershed lies Elysian Park in the Town of Jamestown, Colorado. The park is a town-owned public property and located on a former tailings impoundment. The tailings had been previously capped by the town pursuant to a voluntary cleanup plan (VCUP). However, in September 2013, Boulder County received 18 inches of rain in a few days, causing flash flooding. The flash flooding undercut the cap and caused the tailings to begin eroding into James Creek, which is a tributary to Lefthand Creek. The watershed provides drinking water for approximately 14,000 people.

Severe flooding affected the tailings impoundment that was capped and turned into a community park.  The tailings contained heavy metals including lead, arsenic and beryllium.  Heavy metals may be detrimental to both human health and the ecosystem.  EPA cleaned up the park area, regraded, and installed waste rock piles to stabilize the riverbanks to reduce potential future catastrophic failure into James Creek. 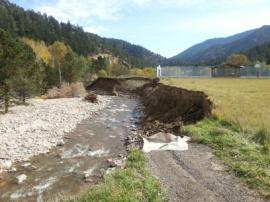 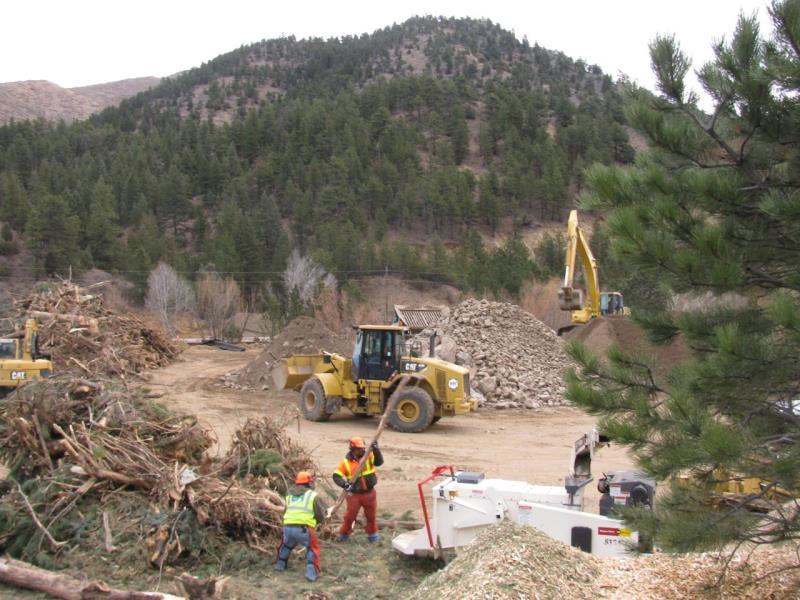 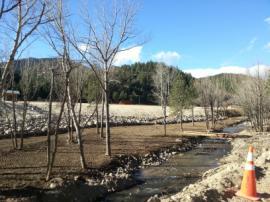 In 1908, a massive flood washed millions of tons of mine waste from upstream mining operations into the Clark Fork River and deposited them behind Milltown Dam.  Sediment contaminated with arsenic, lead, zinc, copper, and other metals settled at the base of the dam and remained there for over 100 years.  The site was added to the National Priorities List in 1983 after arsenic groundwater contamination was found in the Milltown area and cleanup work began in 2006.

The Milltown cleanup project was a great success because EPA engaged an active local community and federal, state, and tribal partners.  Over three million tons of contaminated sediment and the Milltown Dam were removed and a natural river and floodplain were re-created.  The site now features a 500 acre state park that provides recreation opportunities and habitat for wildlife.  On a bluff overlooking the confluence of the Clark Fork and Blackfoot Rivers, interpretive signs chronicle the Milltown cleanup and celebrate the region’s history and heritage. 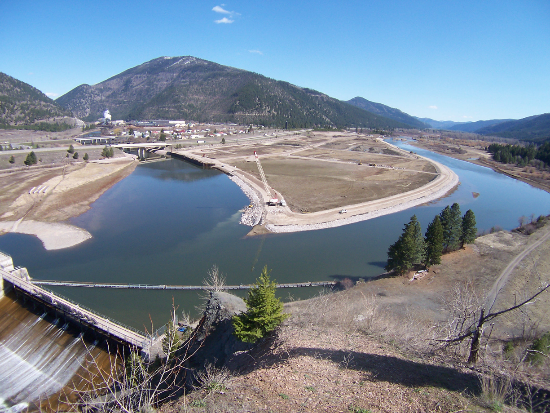 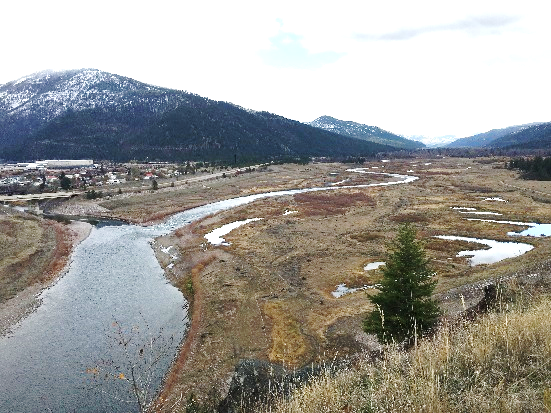 The 450-acre Eureka Mills site is located in the East Tintic Mountains about 80 miles southwest of Salt Lake City in Juab County, Utah. The site includes the residential and commercial parts of Eureka and some adjoining areas outside of the city limits. Mining took place at the site from about 1870 until 1958. Mining operations contaminated soil with lead, arsenic and other hazardous chemicals.

The public health concern identified in Eureka was children with high blood lead levels.  The contaminated soils within the town of Eureka contributed to over 50% of the children having high blood lead levels.  EPA’s cleanup in combination with educational outreach on best practices for protecting yourself against lead exposures resulted in no high lead levels in children upon completion of the cleanup.  In addition to protecting public health, EPA was able to preserve some of the historical structure that was important to the community and their past. 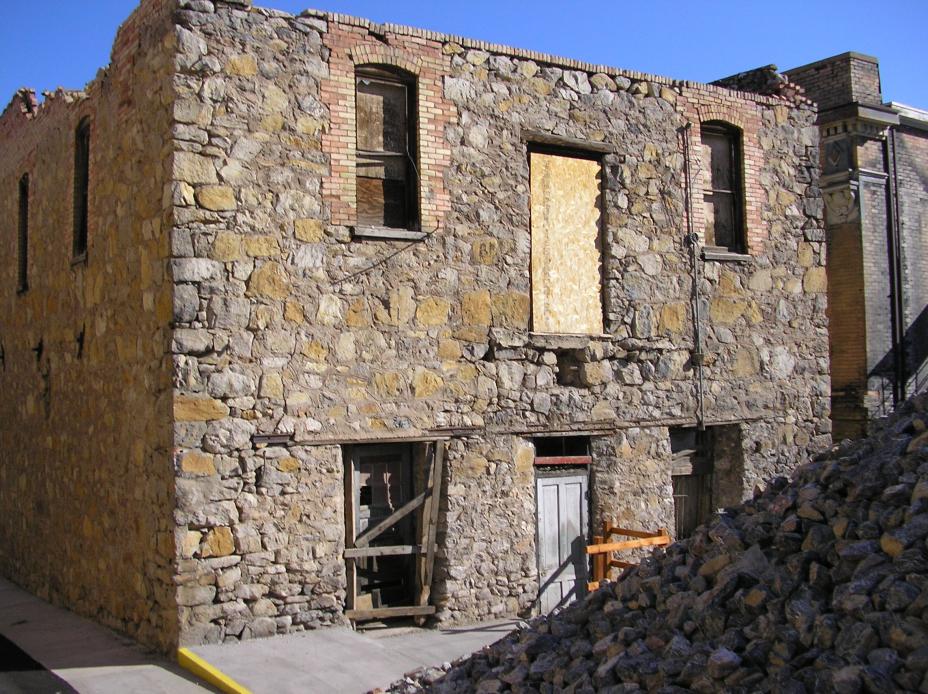 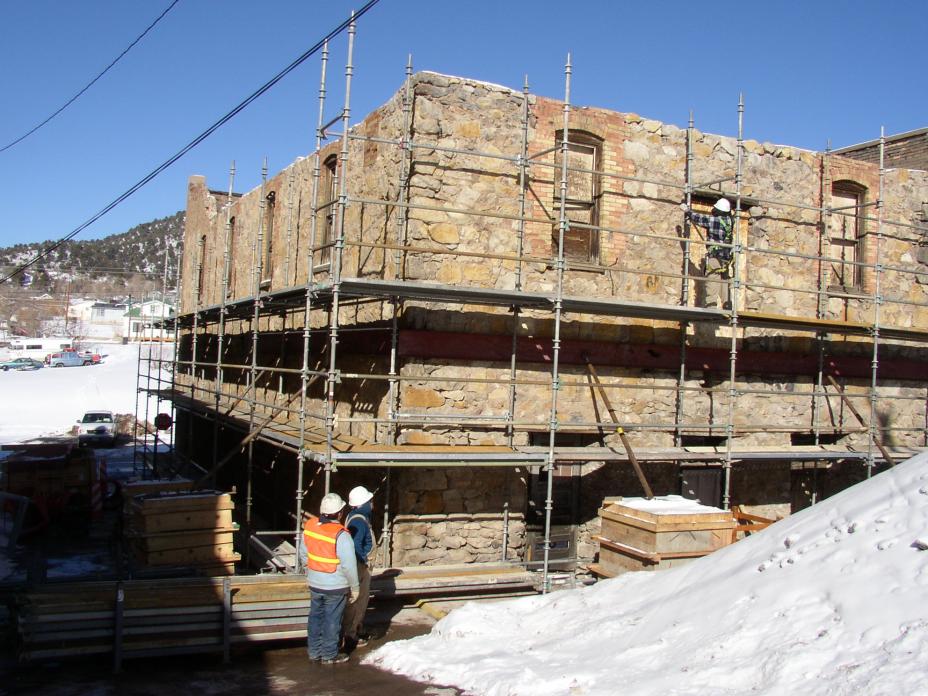 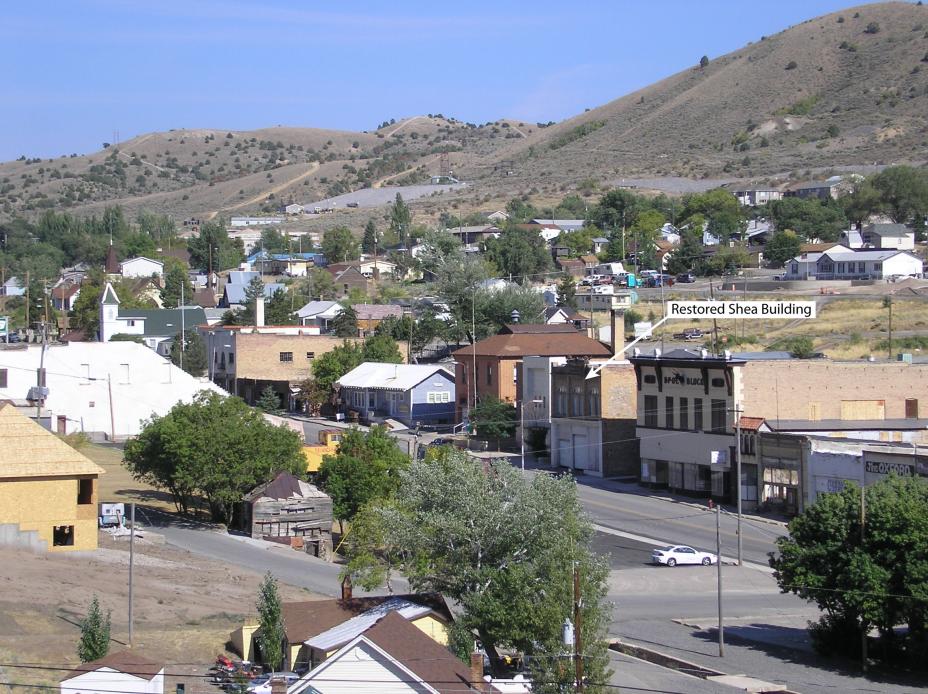 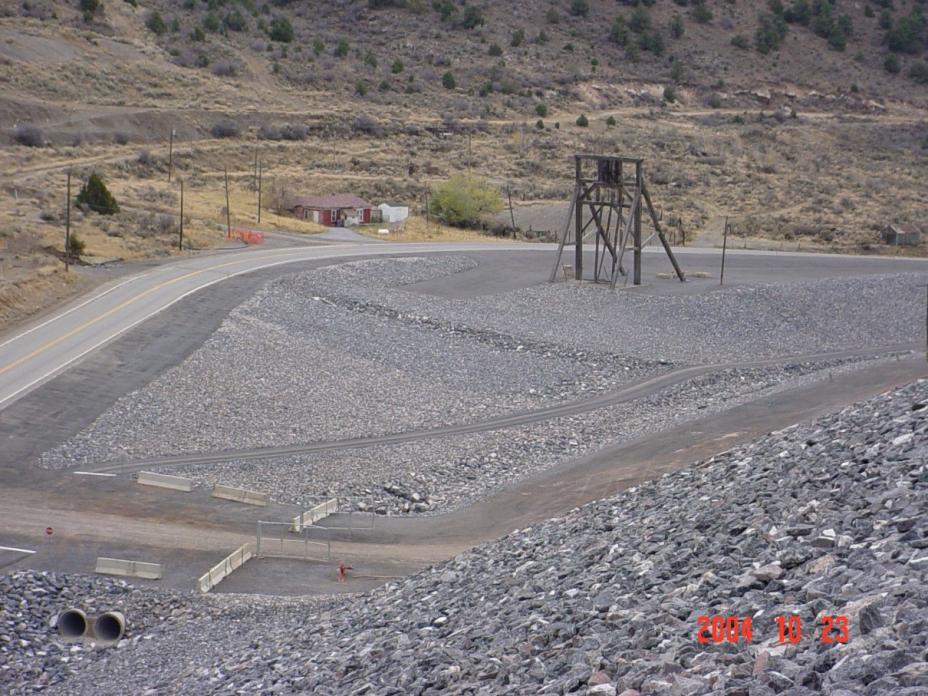 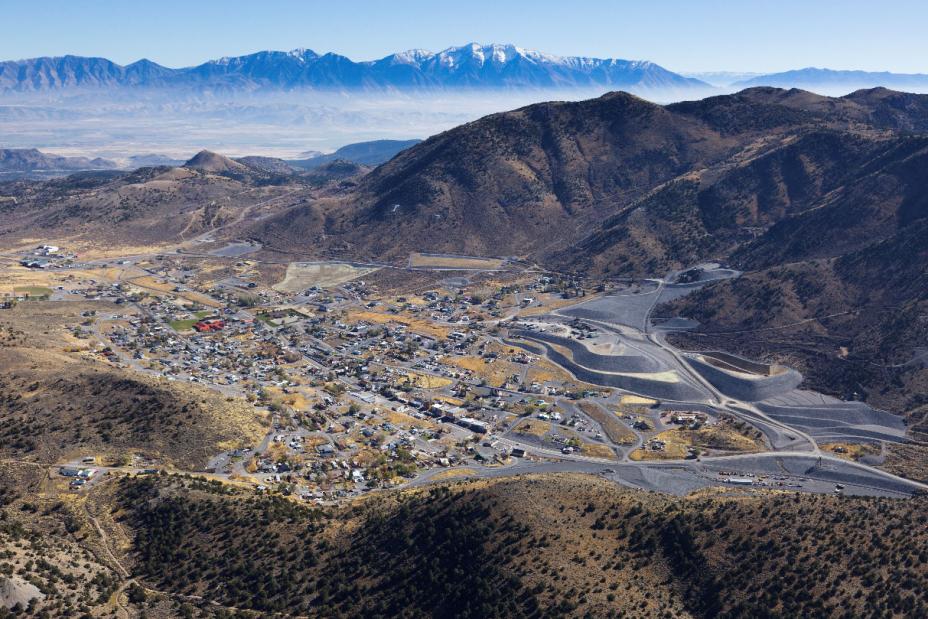 About the Libby Asbestos Superfund Site

The Libby Asbestos site is located in Libby in Lincoln County, Montana and was contaminated by asbestos as a result of vermiculite ore mining operations that began in the early 1920s.  Asbestos from the mine resulted in extensive contamination of indoor and outdoor air, soil, indoor dust, vermiculite insulation and building materials in around the City of Libby.  Since 2000, EPA has completed investigations and removal work at the majority of properties located within the site, including cleanup at a former export plant (Operable Unit 1).  The export plant was used for stockpiling and distributing vermiculite concentrate to W.R. Grace’s plants and customers nationwide.

EPA finalized the cleanup plan for this portion of the site in 2010, completed construction in 2012 and participated in a ribbon-cutting ceremony with community members in 2013 for a beautiful new park and pavilion known as Riverfront Park. Today the park serves as a place for community gatherings and celebrations. 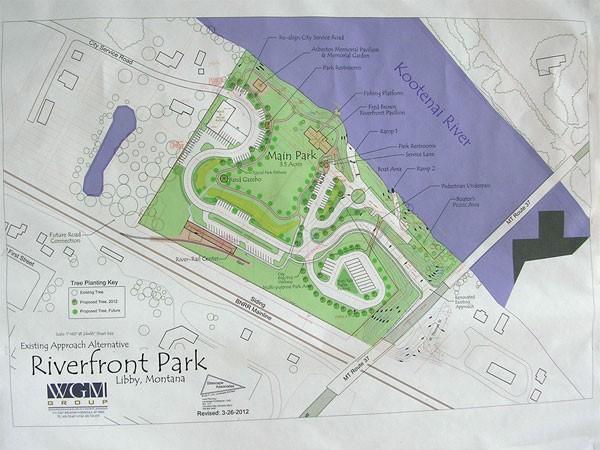 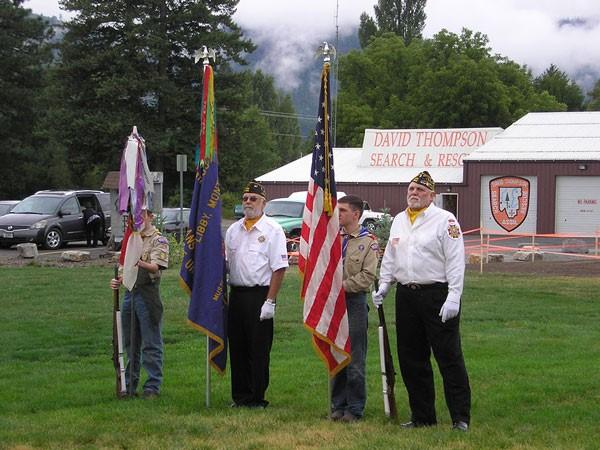 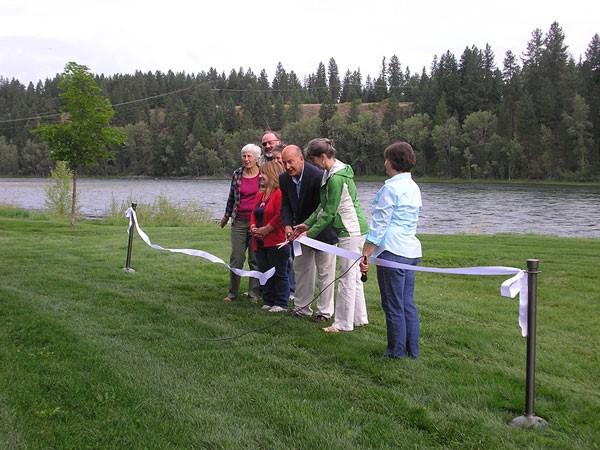 In 1942, the U.S. Government purchased 27 square miles of farmland, rolling prairie, wetland, woodland, and lakes 10 miles northeast of downtown Denver to produce incendiary munitions and chemical warfare agents for use in World War II.  In 1946, some of the facilities were leased to private industry for the production of industrial chemicals and agricultural pesticides.  These activities resulted in widespread and significant environmental contamination across the site, impacting soils, ditches, stream and lakebed sediments, sewers, groundwater, surface water, plants and animals, structures, and to a lesser extent, air.  More than 600 chemicals were associated with activities at the Rocky Mountain Arsenal; the most notable contaminants being organochlorine pesticides, heavy metals, agent degradation products, manufacturing by-products, and solvents.  In 1987, EPA placed the Rocky Mountain Arsenal on the National Priorities List (NPL).  The Army, with oversight from EPA and the State of Colorado, undertook a lengthy and complex investigation and cleanup effort. 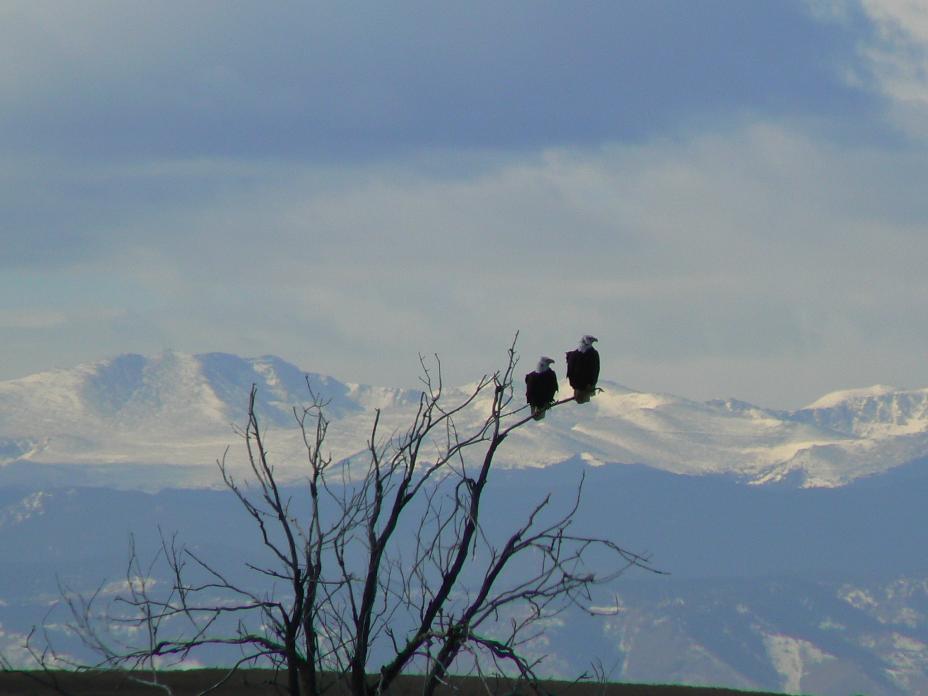 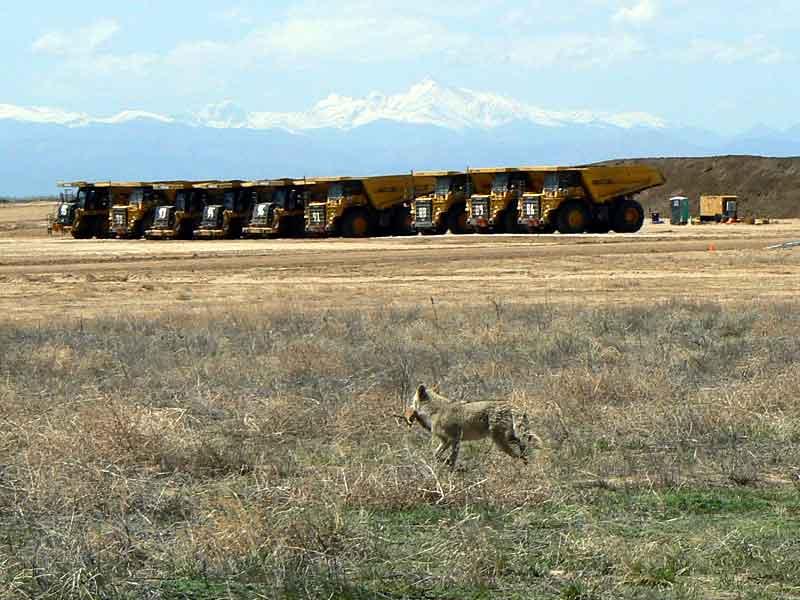 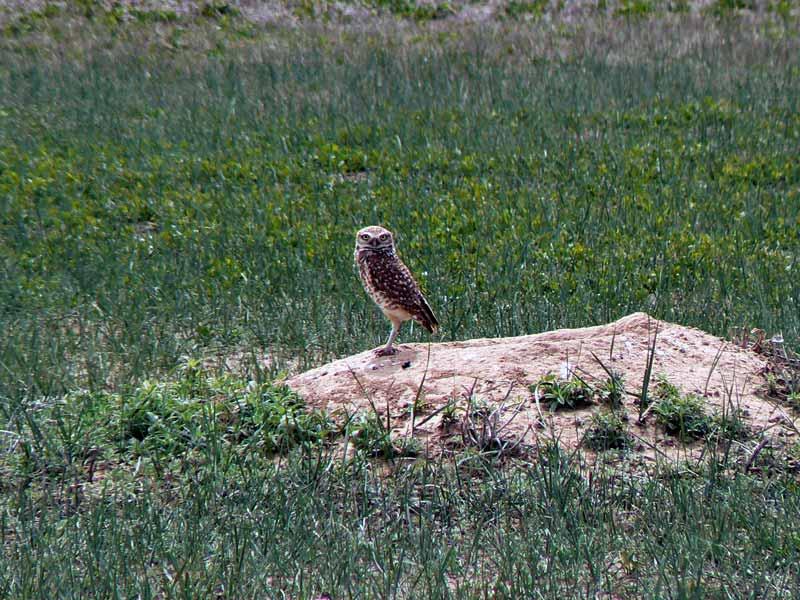