Superfund's 40th Anniversary - A Look-Back at the Decades

Go back in time with us, starting with the 1970’s to learn about the turning points and the defining moments that led to the evolution of the Superfund Program. Although all aspects of the program evolved over the years we have selected one key turning point for each decade. 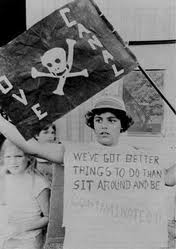 The 1970’s were an exciting time for the passage of important environmental laws such as the National Environmental Policy Act, the Clean Air Act, the Clean Water Act, and the Resource Conservation and Recovery Act. But as the “environment decade” came to a close, there was still no law addressing hazardous waste sites.

Love Canal in Niagara Falls, New York, was the first hazardous waste site to gain national notoriety.  Newspapers and television chronicled the fear and anger as citizens learned that 22,000 tons of dangerous chemical wastes buried 30 years earlier had begun to seep into backyards and basements.

“Quite simply, Love Canal is one of the most appalling environmental tragedies in American history. But that’s not the most disturbing fact. What is worse is that it cannot be regarded as an isolated event. It could happen again – anywhere in this country – unless we move expeditiously to prevent it.”
—EPA, 1979

A series of emergency orders evacuating homes captured the nation’s attention and raised public awareness across the U.S. about the imminent perils of unregulated hazardous waste dumping in communities.

Abandoned hazardous waste sites across the country emerged as threats to human health and the environment, including Valley of the Drums in Kentucky, Times Beach in Missouri, and Stringfellow Acid Pits in California. 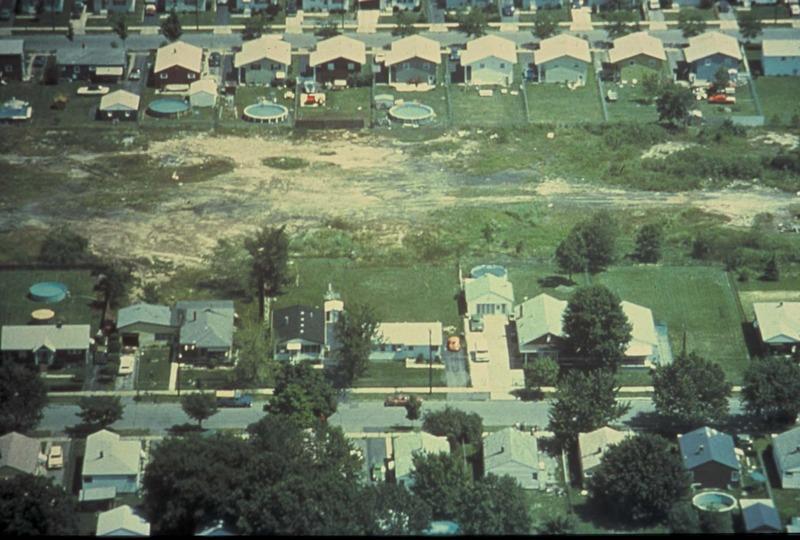 Love Canal - In the 1970s, groundwater contaminated with more than 80 industrial chemicals – including heavy metals, pesticides, and dioxin – had migrated through sewers and creeks and began seeping into people’s properties.

“… the sheer pervasiveness of hazardous waste contamination. Even the experts didn't anticipate a problem of such magnitude as we are now addressing under Superfund and RCRA. There was only an inkling of that 20 years ago. The evidence for a major threat to public health emerged within the 15-year lifetime of EPA. And only during the last five years did we begin to appreciate the immensity of the cleanup task ahead of us.”
—Lee Thomas, EPA Administrator, 1985 interview when asked about the biggest environmental "surprise" over the decades

But public perception about the dangers at Love Canal served as a catalyst for elected officials to write the first federal legislation called Comprehensive Environmental Response, Compensation and Liability Act (CERCLA), or Superfund, that authorized:

In 1986, Congress improved on the new law with the Superfund Amendments and Reauthorization Act (SARA) which amended CERCLA and increased the size of the fund, improved public participation, added federal facilities, and added new settlement provisions. 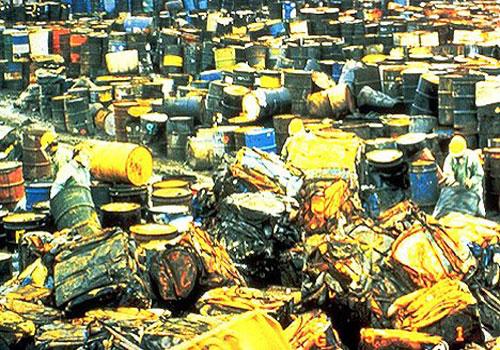 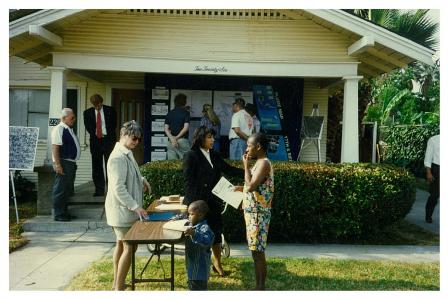 The expansion of the Superfund Community Involvement Coordinator position brought new emphasis to the important role that communities have in the decision-making process. The passage of SARA in 1986 expanded EPA’s ability and resources to engage communities in meaningful ways.

Technical assistance resources through grants and contract vehicles were created to provided citizens with access to technical experts that could help them understand the complex science and risks at Superfund sites and provide input into EPA’s work. 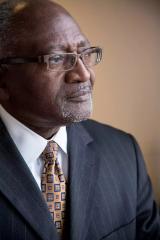 “One of the key components in environmental justice is getting people to the table to speak for themselves…they need to be in the room where policy is being made.” - Dr. Robert Bullard, “Father of Environmental Justice”

The birth of the Environmental Justice movement in the 1980s also influenced how EPA engaged with communities, expanding our ability to ensure that all communities, regardless of race, color, national origin or income had the tools and resources they needed to participate in the Superfund process.

In the late 1990’s, an economist in EPA’s Superfund program was alerted to the fact that a grocery store built on a former Superfund site was transforming the local economy. A few other examples of redevelopment at cleaned-up sites reaping economic benefits for communities also sparked interest.

A team of employees gathered to identify how EPA could do more than clean up sites –to return the land to the communities for their use.

In 1999, the Superfund Redevelopment program was born. This national program provides communities with the tools and information needed to turn cleaned-up Superfund sites into productive assets like office parks, playing fields, wetlands, and residential areas for the community.

The 2000’s: Emergencies and Focus on Response Preparedness

EPA got better at dealing with these emergencies, building on its expertise.

Scroll through the photos 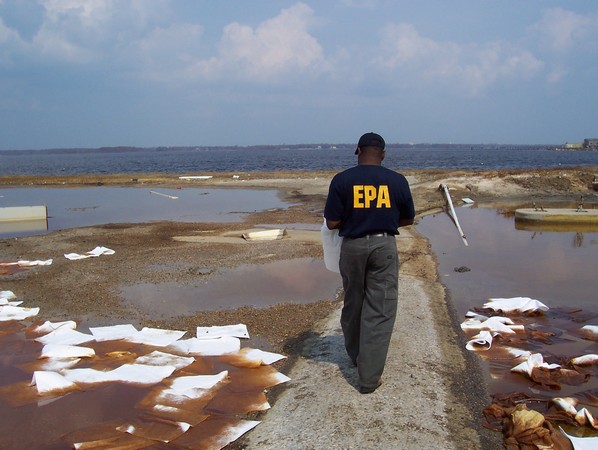 On-Scene Coordinator in the field after Hurricane Katrina. 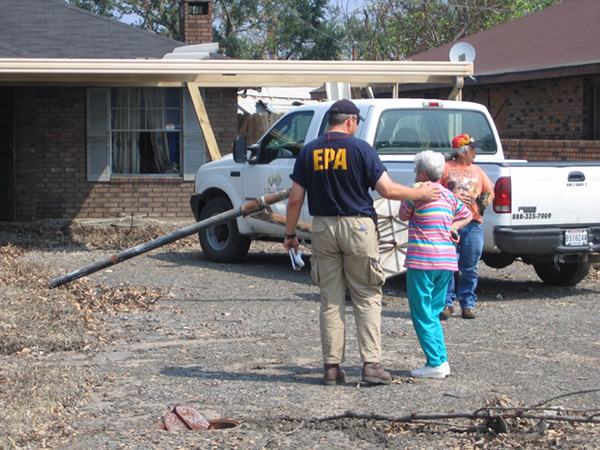 Katrina, after the water receded. 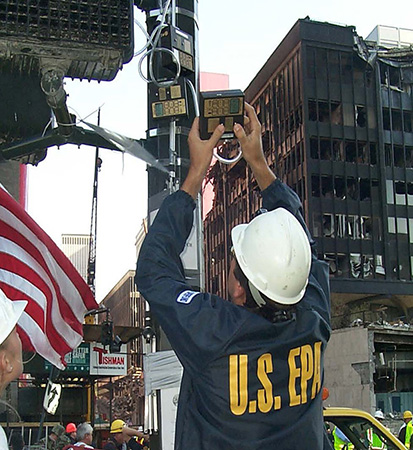 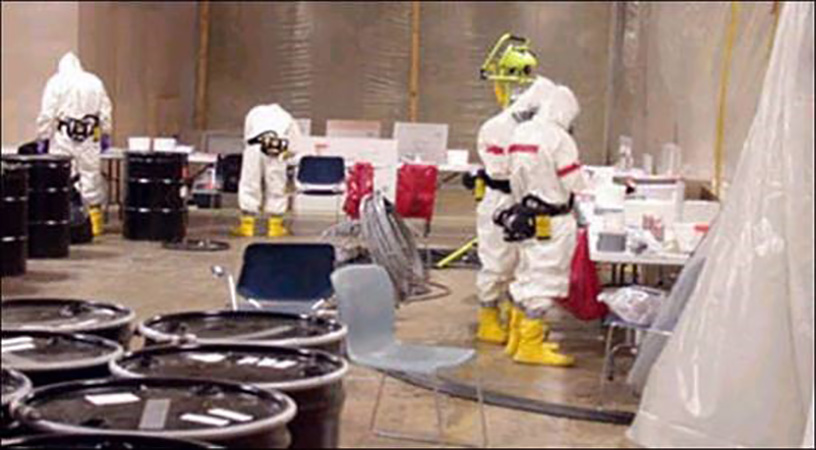 In 1980, when the Superfund program was established, the practice of waste site clean-up was brand new. EPA was basically starting from scratch.

Assessing contamination in soil, under the ground, in groundwater, in surface water, and in sediments and then cleaning it up on a large scale -- created an immense and complex challenge for our scientists and engineers. The tools available were limited and often adopted from other fields, even oil exploration and extraction.

In the early days, EPA relied extensively on invasive sampling procedures and off-site laboratory capabilities to assess contamination. EPA was limited to digging up the contamination and disposing of it in hazardous waste landfills, burning it, or using cement to solidify and immobilize contaminants to store on site. We relied heavily on pumping large volumes of water from the subsurface and treating the contamination above ground.

As the program developed, a spirit of innovation emerged.

Now EPA relies on much more efficient and higher resolution tools to assess contamination and sample... 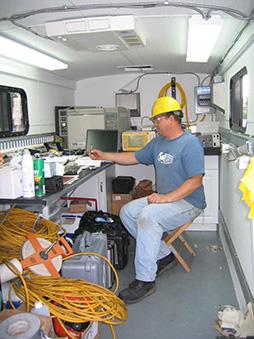 Samples analyzed in a mobile lab can help EPA made immediate decisions in the field. 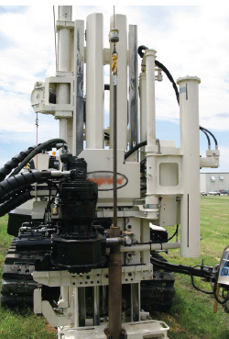 Mapping Has Come a Long Way 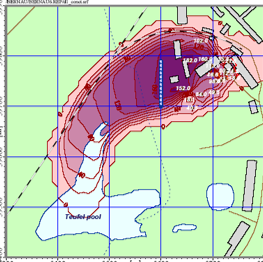 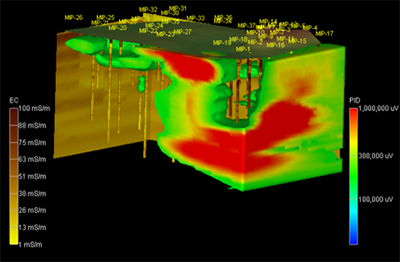 3D map that shows the underground geology and contaminants.

And more evolved tools for cleanup. At a much greater percentage of our sites, EPA does not have to dig up the soil.

Superfund will always continue to strive to innovate. Pressing challenges such as large mining and sediments sites or emerging contaminants will require continued improvement in the options available for cleanup.

Superfund Today And Beyond

EPA is building on improvements made through the decades to clean up the nation’s most contaminated sites, improve public health and the environment and revitalize communities.

EPA’s Superfund Task Force, commissioned on May 22, 2017, brought together EPA’s career staff and leaders to work together to review the program and implement process improvements to more efficiently and effectively remediate Superfund sites and accelerate the path to redevelopment and safe, productive reuse.

One tool developed from the recommendations of the Superfund Task Force was the Administrator’s Emphasis List. During the past three years, the Administrator’s Emphasis List has proven to be an effective tool for promoting more timely and effective cleanups. Since its creation in 2017, 20 sites have been removed from the list after achieving critical milestones that furthered site cleanup or solved issues slowing the pace of progress at a site.

The Task Force's work also enhances how we involve communities and adopt best-suited technology and innovations.  EPA is now tracking progress and identifying and implementing new opportunities and approaches.

As it always has, EPA will continue to evolve and strive for new ways to better protect the health and improve the well-being of communities living near Superfund sites.

Scroll through the photos 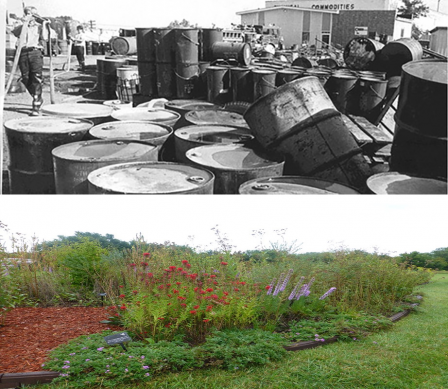 Once a chemical brokerage facility, this Superfund site in Olathe, Kansas, has been transformed into the Olathe Pollinator Prairie, beautifying the neighborhood and providing education opportunities about the importance of pollination. 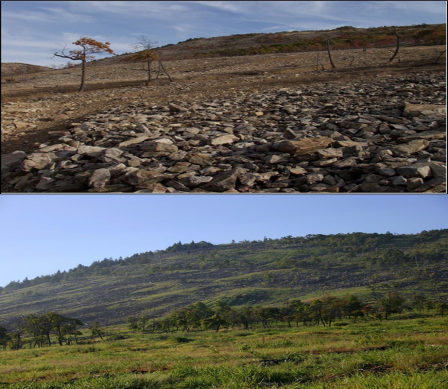 Once contaminated by zinc smelting, the Palmerton Zinc Pile site in Palmerton, Pennsylvania, has been transformed into the Lehigh Gap Wildlife Refuge. Today, over 13,000 trees and native grasses cover 3,000 acres of Blue Mountain. 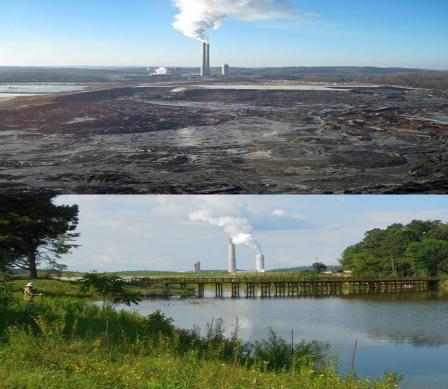 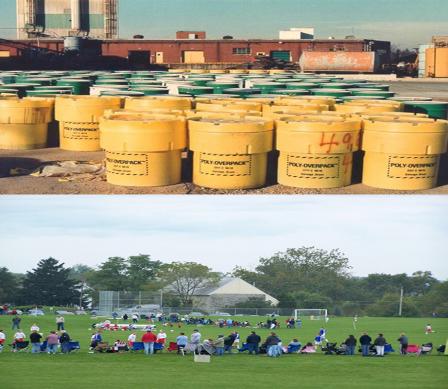 The Whitmoyer Laboratories site in Lebanon, Pennsylvania was once a pharmaceutical manufacturing plant. Today, the site is now home to Jackson Recreational Park, featuring baseball and soccer fields and a scenic walking trail. 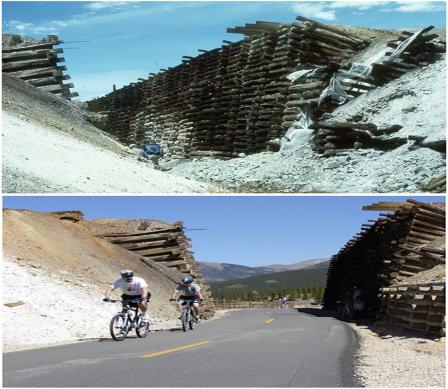 Cleanup of the California Gulch site in Leadville, Colorado has created recreational, residential and commercial opportunities throughout the town. 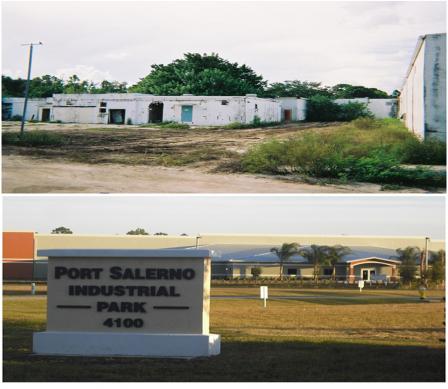 Once a contaminated site, the Solitron Microwave site in Florida is now home to the 21,000 square foot Port Salerno Industrial Park.
< Previous   |   Next >