Urban Waters and the Meramec and Big Rivers (Missouri) 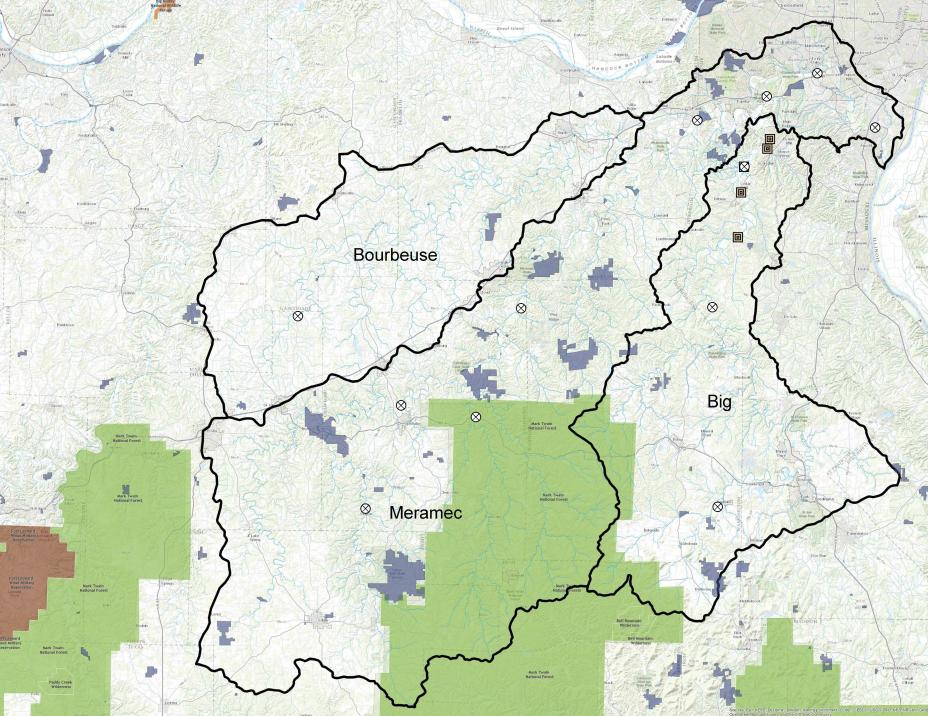 The Meramec and Big River project is located southwest of St. Louis, Missouri. The Meramec River is one of the longest waterways flowing through Missouri before emptying into the Mississippi River and is well known for its recreational uses.

Seeking to address the lead contamination, the U.S. Environmental Protection Agency (EPA) and the U.S. Army Corps of Engineers (USACE) serve as members of the Big River Task Force. This is a group of various governmental organizations, from federal to local levels. Their work aims to facilitate the cleanup, restoration, and remediation efforts on the Meramec and Big Rivers.

Additionally, the Urban Waters Federal Partnership and an Urban Waters Ambassador intend to break down federal and state silos and facilitate collaborative practices.  Together, these efforts can improve the public’s and the rivers’ health.