People living in cities are at a higher risk from the impacts of heat waves because urban areas are already warmer than surrounding non-urban areas due to the heat island effect. But local governments can take steps to help residents, infrastructure, and systems reduce their vulnerability to heat, both in response to an extreme heat event and as part of longer-term planning to lessen future risks.

For example, to safeguard against the acute effects of extreme heat on people’s health in the short term, local officials can establish early warning systems and urban cooling centers  and raise awareness about risk factors, symptoms of heat-related illness, and when and how to seek treatment.  In addition, they can protect or modify roads, train tracks, and other infrastructure by using more resilient materials, as well as implement energy efficiency measures to reduce disruptions of city services and stress on electricity systems during heat waves.

Cities can use the information and resources on this page to begin developing comprehensive plans to adapt to heat.

The most effective way to reduce the negative impacts of an extreme heat event is to develop a comprehensive heat response plan that combines individual strategies into an integrated approach. Components of such a plan might include forecasting and monitoring, education and awareness, and heat wave response, as described in the sections below.

Reliable weather forecasts allow city officials to warn planning agencies and citizens of heat waves in a timely manner and to prepare responses. EPA’s Excessive Heat Events Guidebook recommends that local officials in the United States use and evaluate the meteorological data in the National Weather Service’s (NWS) 5-day regional forecasts to forecast and monitor heat.

In addition, the Guidebook recommends formal systems for notifying the public of heat waves (such as heat warning systems), especially for urban areas. These announcements should communicate the anticipated arrival, duration, and severity of the potential heat wave.

In Philadelphia, for example, city staff works with the NWS to determine when a heat wave is approaching. When a heat alert is issued, news organizations provide educational information about heat waves and health. Though few studies have evaluated the efficacy of heat notification and response programs, one study concluded that during a 1999 heat wave Chicago more successfully mitigated adverse effects than it did during a 1995 heat wave (about 100 deaths in 1999 compared with approximately 700 deaths in 1995). This was partially attributed to improvements in public health response, including a first-time notification and response program. 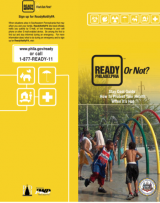 If possible, start education and awareness efforts early, before the summer heat arrives: the first heat wave of the season, before people have acclimated to the heat, tends to be the deadliest. For example, Toronto Public Health hosts a media day each May before the start of the summer heat season. During this event, Toronto Public Health provides the media with information about the city’s heat event notification and response program and answers questions about health risks and impacts. 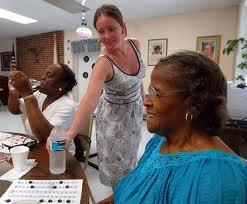 During heat waves, local officials can take a number of steps to protect residents and infrastructure:

In addition to a comprehensive heat response plan, local officials can help urban areas adapt to extreme heat in the short-term by improving the resilience of infrastructure. Transportation planners can protect or modify roads, bridges, and other structures—for example, by using materials that are more resilient and heat tolerant—to help these systems withstand higher temperatures and reduce service disruptions (see EPA’s Transportation Climate Impacts & Adaptation page for more information). They can also implement energy efficiency and conservation efforts to reduce stress on electricity systems during heat waves and help avoid power outages.

Sound urban planning that includes measures for adapting to extreme heat in both the short- and long term is an effective way for cities to respond to the heat island effect while fulfilling their mission to protect and provide vital services to the community.