Many cities and counties are taking action to address heat equity. Below are examples of how three local governments in different regions of the country are addressing heat equity in their communities. Learn more by visiting the Heat Islands and Equity page.

In 2017, New York City launched Cool Neighborhoods NYC, a heat resiliency program that addresses health and climate equity concerns. The $100 million program targets the most heat-vulnerable neighborhoods with funding for street tree plantings and its NYC CoolRoofs program. It also supports expanding energy assistance programs, which are crucial for helping low-income households use air conditioning during the hottest days.

Cool Neighborhoods NYC also recognizes the importance of social cohesion and community networks in delivering life-saving information about extreme heat risks. The effort includes educating home health aides to recognize signs of heat-related illnesses, partnering with local media to improve messaging about how to stay cool, and launching the “Be a Buddy” program in partnership with community organizations and other trusted messengers to develop volunteer networks that check on at-risk individuals during heat waves.

A key aspect of Cool Neighborhoods NYC is building upon existing programs to improve public health and equity. For example, the NYC CoolRoofs program, which has been active for a decade, concentrates roofs in areas with the highest heat risk, and offers free cool roof coatings (materials and labor) to affordable and supportive housing, shelters, and nonprofits. As a result, 73% of the cool roof square footage for the program in 2018 was in “high heat vulnerability” areas. 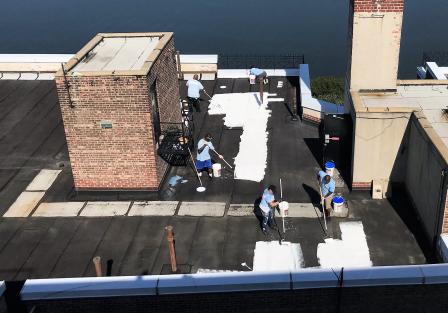 The City of Richmond formed a partnership with community-based organizations to better understand its local heat island effect. In 2017, the mayor announced RVAgreen 2050, the city’s equity-centered climate action planning initiative that includes adapting to climate impacts such as extreme heat. The city’s sustainability office collaborated with partners, including the Science Museum of Virginia, university students and faculty, and equity organizations to embark on a heat mapping project. Citizen science volunteers crisscrossed the city with electronic temperature sensors and global positioning system units to measure temperatures at different locations simultaneously. They used more than 60,000 collected temperature readings to develop an urban heat island map for Richmond.

The project confirmed the city’s hottest areas correspond closely to areas that are more developed and have fewer trees. A newly formed Richmond Urban Heat Island Collective will continue building on this research and develop solutions to cool the city. Using the heat island map, the collective created a heat vulnerability index map (Figure 1) by overlaying data on heat-related illnesses and poverty rates. The data and maps are informing several city planning processes, including the climate action plan, the comprehensive plan update, and the integrated watershed management program. Other locations, including Washington, DC; Baltimore, MD; and Boston, MA, are replicating the heat mapping model used in Richmond with the help of CAPA Heat Watch. 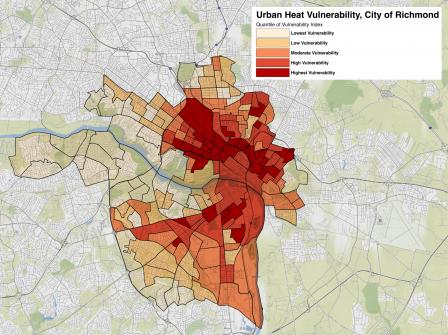 Located in the arid Southwest, the City of Tucson experiences high temperatures and water scarcity. Trees and vegetation can help to mitigate heat, but in a dry region it is difficult to maintain them without an adequate source of water. In 2012, the city started a rebate program to reimburse residents up to $2,000 for installing cisterns and other rainwater collection systems to encourage them to use the water for their trees, lawns, and gardens (Figure 2).

In 2016, the city voted to expand the program to address some of the barriers facing low-income residents in neighborhoods with low participation rates, as these are the areas most in need of vegetation. These barriers included high upfront costs, an extensive application process, a lack of promotional materials in Spanish, and limited channels through which information was shared.

In 2017 the program was expanded to increase accessibility. Using an EPA Environmental Justice grant, the city and the local nonprofit Sonora Environmental Research Institute formed a partnership to provide zero-interest loans and grants for rainwater harvesting systems for low-income communities. The nonprofit also provided materials and workshops in English and Spanish. After the success of the pilot, the city’s water agency decided to permanently fund the program. Since the city-funded program began in 2017, 169 installations have been completed and 21 were in progress (as of mid-2019), all for low-income households. 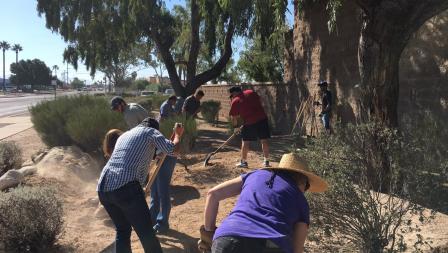 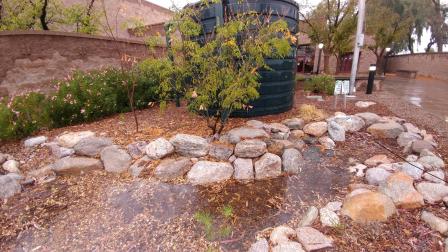