EPA's Role in the Arctic Council 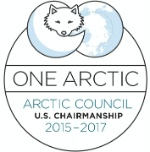 There are six permanent workgroups under the Arctic Council. EPA leads U.S. government participation in the Arctic Contaminants Action Programme (ACAP) Working Group,Exit which seeks to reduce contamination from hazardous chemicals and waste, improve air quality and reduce emissions of black carbon and other short lived climate forcers. EPA also serves as the US head of delegation to the Project Support Instrument (PSI), Exit the new funding mechanism for Arctic Council projects.

Visit the official website of the Arctic Council Exit

The 11th Ministerial Meeting of the Arctic Council, held in May 2019 in Rovaniemi, Finland, marked the end of the Finnish chairmanship and the beginning of the Icelandic chairmanship. This meeting is generally attended by the foreign affairs minister of each Arctic nation. For the United States, the Secretary of State typically assumes this role.

EPA is leading a project to expand the Local Environmental Observer (LEO) Network, Exit a tool that allows local practitioners of traditional knowledge to capture and share environmental observations and changes with other Arctic nations.  These observations help remote Arctic communities communicate with one another and with experts in universities and governments, and can also be used by industry and other stakeholders to understand the current weather and climatic situation in areas where monitoring data is sparse.

Using a phased approach, EPA and its partners established a North American LEO chapter, developed a framework for expansion in other parts of the Arctic, and are currently working to identify new potential LEO hubs to service remote communities in the Nordic Arctic.

Another demonstration project in this effort engaged the Tundra Agricultural Cooperative, an indigenous reindeer herding group on the Kola Peninsula of Russia,  to replace an obsolete stationary generator with a mobile, integrated wind-diesel generator at their station on the eastern stretch of the Kola peninsula. This project successfully reduced black carbon emissions at the station and reduced diesel fuel consumption, while also stabilizing energy supply to the remote outpost. The pilot led to the Tundra developing plans for a photo-voltaic installation at a second location on the peninsula.

About the Arctic Council

The Arctic Council was established in 1996 by the Ottawa Declaration. Exit It is the preeminent intergovernmental forum for addressing issues related to the Arctic region.

Who participates in the Arctic Council?

How does the Arctic Council work?

Learn more about Task Forces of the Arctic Council. Exit

Working Groups of the Arctic Council

The six Working Groups of the Arctic Council are:

Each Working Group has a Chair, a Management Board or Steering Committee, and includes expert participants from government agencies and research entities. Observer States and Organizations may also attend Working Group Meetings and may participate in specific projects.

In ACAP, EPA works with its partners to identify sources of contamination, demonstrate pollution control technologies, and implement projects which can be replicated throughout the Arctic. These projects typically include partners from multiple Arctic nations that cooperate to implement projects through technical Expert Groups (EG). EPA has played a leadership role in ACAP projects, such as:

1. Short Lived Climate Pollutants.  These are gases or particles which remain in the atmosphere for a few days or weeks, but warm the climate by trapping outgoing radiation from leaving the earth’s surface. The first project of this EG, which was proposed by the United States, focuses on black carbon, one of several Short Lived Climate Pollutants.  Recent studies have suggested that black carbon may be responsible for 30-50 percent of observed warming in the Arctic.

2. Mercury. Exit EPA is also actively working to reduce mercury emissions, including in the Arctic. In June 2010, EPA began a collaborative mercury control project to demonstrate the effectiveness of sorbent technology in reducing mercury emissions at a coal-fired power plant in the Russian Federation. Coal-fired power plants are a major source of global mercury emissions. Preliminary test results, presented at the Mercury Emissions from Coal Experts (MEC) May 2012 meeting in St Petersburg, Russia, indicate mercury emission capture efficiencies of up to 90 percent, confirming similar efficiencies to those found in the U.S. can occur using Russian coals, with possible application to other countries. Other mercury projects under this EG focus on zinc smelting and gold production. Project results will also inform implementation of the Minamata Convention on Mercury.

3. Persistent Organic Pollutants (POPs) and Hazardous Waste Management Strategy. Cooperation to safely store and manage POPs and other hazardous wastes can help ensure that dangerous chemicals released in one part of the Arctic do not impact the ecosystems and populations in other parts. This EG has put nearly 70,000 tons of obsolete pesticides in the remote Russian Arctic into safe interim storage facilities while considering safe disposal methods.

EPA also participates in other ACAP activities such as the Indigenous People’s Contaminants Action Program, which aims to increase the involvement of Arctic indigenous communities in reducing exposure and impact of contaminants in their communities.

These links provide more information about the Arctic Council, including United States participation and ongoing EPA work in the Arctic.

The six Working Groups of the Arctic Council are: