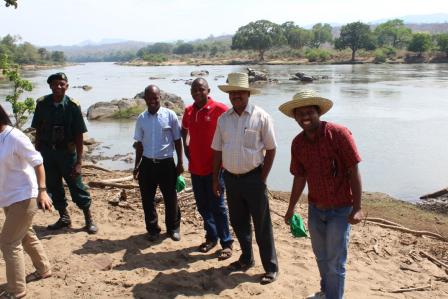 The Global Adaptation Network (GAN) of the United Nations Environment Programme (UNEP) builds climate resilience in vulnerable communities, ecosystems and economies by translating complex data into simple, results oriented information that can be used by communities to help them lead their own climate adaptation actions.

EPA partnered with the UN GAN Secretariat and steering committee members to initiate and launch a series of pilot “Learning Exchanges” to help local communities build climate resilience and adapt to climate change. The program facilitates face-to-face exchanges of adaptation information and know-how between local communities that can often be geographically distant.  Between 2016-2017, exchanges took place between: 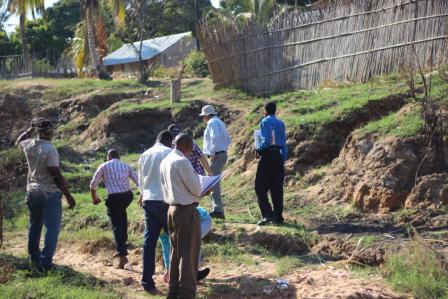 In addition to the activities listed above, the GAN, working with several international partners, has conducted four international training workshops on how to deploy the EPIC model locally, to help officials develop and draw upon local university and academic capacity in several cities in Africa.  The GAN is now exploring how to export this model for partnership in the Southeast Asia region.

More information on the GAN can be found on its updated web platform. 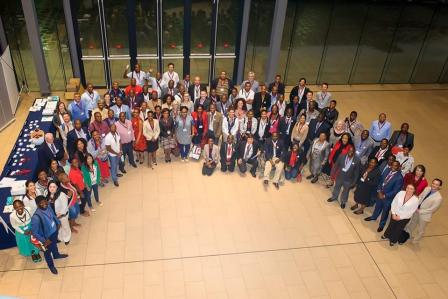 Meeting of Local African Leaders and Officials hosted by the Durban Adaptation Charter Secretariat, the City of Durban, South Africa and ICLEI Africa.

The Durban Adaptation Charter for Local Governments (DAC) was the outcome of a local government convention held in Durban, South Africa, in December 2011.  By signing the DAC, elected officials agreed to take actions to adapt to climate change and build resilience. To date, approximately 1000 elected local and urban government officials from developing country cities and municipalities have signed the DAC. In 2012, EPA and several international partners began efforts to transform the DAC to an action-based platform that will facilitate the sharing of knowledge, tools, information and experiences between developing country cities, and between developing and developed country cities, and facilitate trainings on adaptation and resilience. 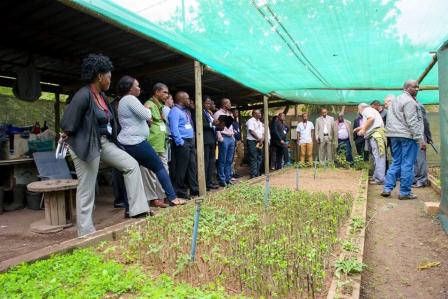 City officials from Durban, South Africa, showing members of the Durban Adaptation Charter, and other interested parties from a number of African cities, how to build local and urban resilience through forest restoration.

Notable DAC accomplishments to date include:

The EPIC model pairs local governments and communities with university students and faculty, to enhance local capacity to enact effective solutions to address adaptation, resliience and local development. In 2017, EPA worked with a number of international partners to present the EPIC model (which originated in North America) for the first time, to cities and universities in developing countries through trainings funded by the National Science Foundation (NSF), the international START (global changes SysTem for Analysis, Research and Training) program and the UN Global Adaptation Network (GAN).

In November 2017, a second regional training on the EPIC model in Cape Town, South Africa for sub-Saharan cities and universities led to the formation of the EPIC Africa regional network.

In 2020, members of the EPIC Africa regional network, along with OITA and several other international partners, including the UN CGAN, the EPIC Network Secretariat and START, hosted the first Africa-led EPIC training in Durban, South Africa, thereby further expanding the EPIC Africa regional network of African cities and universiteis implementing the EPIC model in their respective settings.

Highlights of some of the activities to date include:

The EPIC Africa network, and the soon-to-be EPIC SE Asia network, are bringing the EPIC model to other cities and universities in these regions.  Ongoing efforts will use the EPIC model to build local capacity to adapt, build resilience, and develop more sustainably by more fully utilizing local resources and expertise.

EPA participated in the Joint Development Assistance Committee-Environment Policy Committee (DAC-EPOC) Task Team on Climate Change and Development Co-Operation of the Organization for Economic Cooperation and Development (OECD), to assess the effectiveness and cost of climate resilience and adaptation measures.

The following reports on resilience and adaptation were produced as part of this cooperative effort: