The International Maritime Organization (IMO) promotes cooperation between governments in the regulation of shipping engaged in international trade and encourages the adoption of the highest practicable standards concerning maritime safety, efficiency of navigation, and prevention and control of marine pollution from ships. Among other things, EPA’s work has led to higher energy efficiency requirements for new ships and the implementation of an Emissions Control Area (ECA) for both North America and the U.S. Caribbean.

New regional emission and fuel quality standards took effect in August 2012 and January 2014, respectively, for ships operating in the waters off North American coasts and around Puerto Rico and the U.S. Virgin Islands.  These areas were officially designated by the IMO as the North American and U.S. Caribbean Sea "Emission Control Areas" (ECA) after the U.S. successfully demonstrated that the globally-applicable emission standards established by MARPOL Annex VI – even the 0.50% fuel sulfur limit that entered into force on Jan. 1, 2020, also known as IMO2020 – would be insufficient for American air quality management needs.

Ships entering the designated ECAs need to use compliant fuel and advanced emission control technology for the duration of their voyage within that area. These standards dramatically reduce air pollution from ships and deliver substantial air quality and public health benefits that extend hundreds of miles inland.

The International Maritime Organization (IMO)  was created in 1948 to promote multinational cooperation and coordination in the regulation of shipping engaged in international trade.  The premise was – and remains – the recognition that action to improve the safety and security of maritime operations, as well as to prevent and control marine pollution from shipping, is more effective and less likely to distort international trade flows or disproportionately impact one country over another if carried out at an international level rather than by individual countries acting on a unilateral basis.  To that end, the IMO has developed and promoted the adoption of over fifty conventions and protocols and adopted over 1000 codes and recommendations on maritime safety, pollution prevention and related issues. Some IMO Conventions that are relevant to EPA's mission include:

All of these conventions are in effect except for the Hong Kong Ship Recycling Convention, which is not yet in force. 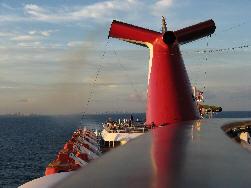 Structure of the IMO

The IMO consists of an Assembly, a Council, five main technical Committees, and seven Sub-Committees that support the work of the technical committees.  The IMO Secretariat is based in London. The highest Governing Body of the IMO, the Assembly consists of all Member States and meets once every two years to approve the work program and establish a biennial budget. The Council consists of forty IMO Member States elected by the Assembly for two-year terms.  It supervises the IMO’s work, coordinates the activities of the committees and sub-committees, and considers and submits the draft work program and budget estimates to the Assembly for approval.

The IMO’s work is conducted mainly through five committees,  particularly the Maritime Safety Committee (MSC) Exit and the Marine Environment Protection Committee (MEPC). Exit MSC and MEPC are assisted in their work by seven sub-committees which are also open to all Member States.  The two of greatest relevance to EPA are the Sub-Committee on Pollution Prevention and Response (PPR) Exit and the Sub-Committee on Ship Design and Construction (SDC). Exit

EPA works closely with our partners at the U.S. Coast Guard, National Oceanic and Atmospheric Administration (NOAA), the Department of State, and other U.S. Government entities to represent and advance U.S. interests at the IMO.

EPA has been instrumental in advancing improved energy efficiency requirements for new ships, the quantification of maritime greenhouse gas emissions, the prohibition of especially toxic ship anti-fouling systems, and the implementation of Emission Control Areas (ECA) (under MARPOL Annex VI). These ECAs control SOx, NOx and PM emissions from ships in both North America and the U.S. Caribbean.

EPA has worked at the IMO on priorities such as:

The mandatory Polar Code, Exit which entered into force on Jan. 1, 2017, established more rigorous environmental and safety requirements for those ships that will increasingly operate in the remote and ecologically vulnerable polar regions.

Increased maritime shipping in the Arctic and the Antarctic is expected as regional and global economic development, international trade and tourism, and natural resource exploration and exploitation intersect with climate warming, particularly the ongoing loss of summer sea ice cover in the Arctic. Because these areas are remote, with harsh operating conditions and a limited number of ports, ships must be built and operated to higher standards. Ports are especially significant because they provide safe refuge, facilities for waste reception and cargo handling, and other vital services such as search and rescue and spill response.

As part of the broader U.S. Government focus on marine debris, EPA is now working with counterparts from NOAA, State, U.S. Coast Guard, industry and other countries to help the IMO address ship-generated sources of marine plastic litter. Some of the IMO's work likely will focus on improving the number and capacity of port reception facilities to accept and properly manage ship-generated wastes.

More information about recent MEPC sessions can be found at the IMO's Meeting Summary page and the U.S. Coast Guard's MEPC page. Exit