Environment provisions are now a core element of the trade agreement and the USMCA Environment Chapter contains the most comprehensive set of enforceable environmental obligations of any previous agreement signed by the United States. These include obligations to combat trafficking in wildlife, timber, and fish; to strengthen law enforcement networks to stem such trafficking; and for the first time, provisions to address environmental issues such as air quality and marine litter.

The ECA will strengthen and expand trilateral collaborative efforts to protect and conserve the environment and address emerging environmental challenges. Areas of cooperation in the Agreement include strengthening environmental governance; reducing pollution and supporting strong, low emissions, resilient economies; conserving and protecting biodiversity and habitats; promoting the sustainable management and use of natural resources; and supporting green growth and sustainable development.

The Commission for Environmental Cooperation (CEC), Exit is an international organization established by the United States, Canada, and Mexico under the 1994 North American Agreement on Environmental Cooperation (NAAEC).Exit This agreement complements the North American Free Trade Agreement (NAFTA). The NAAEC promotes sustainable development based on cooperation and mutually supportive environmental and economic policies, and fosters the protection and improvement of the environment in the territories of the Parties for the well-being of present and future generations.

The CEC consists of three bodies: the Council, the Secretariat, and the Joint Public Advisory Committee (JPAC).  The Council, composed of the Ministers of Environment from Canada, Mexico, and the United States, is the governing body of the Commission. The Secretariat provides support to the Council, implements the annual Operational Plan approved by the Council, and implements other activities pursuant to the NAAEC. The JPAC engages stakeholders in North America and provides advice to the Council.
The EPA Administrator is the U.S. Council member, representing the United States on the CEC.  EPA's counterparts are Environment and Climate Change Canada (ECCC) and Mexico's Ministry of Environment and Natural Resources (SEMARNAT).
The Commission for Environmental Cooperation facilitates collaboration and public participation to foster conservation, protection and enhancement of the North American environment for the benefit of present and future generations, in the context of increasing economic, trade, and social links among Canada, Mexico, and the United States.  Learn about other trade agreements and protecting the environment. 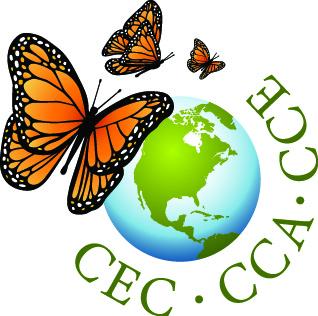 The 27th annual Regular Session of the Council of the Commission for Environmental Cooperation (CEC) of North America took place virtually on June 26, 2020. The meeting was hosted by Canada’s Minister of Environment and Climate Change Jonathan Wilkinson, with participation by Mexico’s Secretary of Environment and Natural Resources’ Víctor Manuel Toledo and the United States Environmental Protection Agency Administrator Andrew Wheeler.

With a theme on Clean Technologies for Resilient Communities, the event included a public session that included a Questions and Answers Section with a variety of leading experts. The meeting also featured a public meeting hosted by the CEC’s Joint Public Advisory Committee that focused on the USMCA & the Environment:  A Renewed Commitment for North America.

Learn more about the 2020 Council Session.

The CEC Council Exitis the governing body of the Commission, and is comprised of the environment ministers of the three Parties, or their designees.
EPA represents the United States on the three-member Council that governs the Commission.  To implement the agreement and fulfill its role on the Council, EPA leads a broad interagency group including the State Department, U.S. Trade Representative, Department of Interior, U.S. Fish and Wildlife Service, National Oceanic and Atmospheric Administration, Department of Agriculture, Department of Commerce, U.S. Geological Survey, the Department of Energy, the Department of Health and Human Services, and the U.S. Patent and Trademark Office, among others.  EPA also coordinates U.S. interaction with the CEC Secretariat, advisory committees, and Council-created working groups.

The Secretariat Exit is headed by an Executive Director and provides technical, administrative and operational support. Additionally, the NAAEC gives the Secretariat several independent responsibilities which are overseen by the Council.  The Secretariat is located in Montreal, Canada.

The Joint Public Advisory Committee (JPAC) Exit is comprised of 15 representatives of the public, five appointed by each of the Parties. In the United States, the five JPAC members are appointed by the President.

In February 2012, the CEC Council created the North American Partnership for Environmental Community Action (NAPECA) grant program. The program focuses on building strong partnerships with communities and stakeholders in all 3 countries. NAPECA  supports diverse projects for a broad base of on-the-ground organizations and associations in North America.
Visit the CEC's NAPECA page Exitfor the latest information on current projects and grant opportunities.