Marine litter, in particular plastic litter, is a growing international problem. Plastics are estimated to comprise 60-80% of all marine litter and projections estimate that the ocean will contain one ton of plastic for every three tons of fish by 2025. 80% of marine litter worldwide comes from land-based sources, with the remaining 20% coming from ocean-based sources such as derelict fishing gear.

EPA is tackling the marine litter problem through its domestic and international Trash Free Waters initiatives. Learn more by visiting the "Marine Litter" tab below.

EPA is working to reduce marine degradation in different ways. For example, EPA now is working with counterparts from NOAA, State, U.S. Coast Guard, industry and other countries to help the IMO develop an action plan to address ship-generated sources of marine plastic litter. EPA also works with the United Nations Caribbean Environment Program based in Jamaica, focused on reducing land-based sources of marine pollution, including in the Gulf of Mexico and the wider Caribbean region.

Pollution from Land-Based Sources and Activities

EPA led the negotiations for the Protocol Concerning Pollution from Land-Based Sources and Activities (LBS Protocol), Exit which was signed in 1999 in Aruba, Netherlands Antilles, and entered into force in 2010 at the Cartagena Convention. The LBS Protocol is a legally binding protocol to the Convention for the Protection and Development of the Marine Environment of the Wider Caribbean (Cartagena Convention). Exit

The Wider Caribbean Region includes those countries that border:

The seaward boundary of the region is the 200-mile Exclusive Economic Zone of each country.

EPA joined the US delegation at the first meeting of the Conference of the Parties to the LBS Protocol (LBS COP 1), which took place on October 24, 2012 in Punta Cana, Dominican Republic.  EPA continues to play a leadership role for the U.S. government in projects under the UNEP Caribbean Environment Programme.

In addition to staff in Washington, DC, EPA staff in the Caribbean Environmental Protection Division provide expertise and coordination with countries of the Wider Caribbean Region. The Office of International and Tribal Affairs also coordinates with experts in EPA's Gulf of Mexico Program on pollution prevention issues.

The LBS Protocol Exit incorporates the following general obligation to address land-based sources of pollution in the Wider Caribbean Region:

Each Contracting Party shall, in accordance with its laws, the provisions of this Protocol, and international law, take appropriate measures to prevent, reduce and control pollution of the Convention area from land-based sources and activities, using for this purpose the best practicable means at its disposal and in accordance with its capabilities.

EPA is the U.S. government technical focal point for the implementation of the LBS Protocol, which focuses on two key issues: domestic sewage (wastewater) and agricultural non-point source (nutrient) pollution. 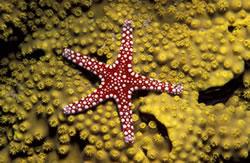 The Global Programme of Action Exit for the Protection of the Marine Environment from Land-Based Activities (GPA) is designed to be a source of conceptual and practical guidance for national and/or regional authorities to devise and implement sustained actions to prevent, reduce, control and/or eliminate marine degradation from land-based activities. On November 5, 1995, the GPA was adopted at an intergovernmental meeting in Washington, DC. The aims of the GPA are:

preventing the degradation of the marine environment from land-based activities by facilitating the realization of the duty of States to preserve and protect the marine environment. [The GPA] is designed to assist States in taking actions individually or jointly within their respective policies priorities and resources, which will lead to the prevention, reduction, control and /or elimination of degradation of the marine environment, as well as to its recovery from the impacts of land-based activities. Achievement of the aims of the Programme of Action will contribute to maintaining and, where appropriate, ensuring the protection of human health, as well as promoting the conservation and sustainable use of marine living resources.

The recommendations and principles contained in the GPA are used to focus policy decisions, regional initiatives and international cooperation to protect human health and marine environmental resources.

EPA's Office of International and Tribal Affairs (OITA) led an interagency working group negotiating U.S. policy and then helped negotiate on behalf of the U.S. for the global antifouling treaty that was developed at the International Maritime Organization (IMO). The treaty was completed in October 2001 and legally entered into force in 2008.

Additional information is available on the official website of the IMO. NOTE: To access Antifouling Treaty information on IMO's Web site, enter the site and select "Marine Environment." Next, select "Antifouling Systems."

For more information on this topic, visit the official website of the IMO. Exit NOTE: To access the Air Pollution annex of MARPOL 73/78, enter the IMO Web site and select "Marine Environment." Next, select "Pollution Prevention," then select "Air Pollution."

EPA is a member of an interagency working group for the U.S. delegation to IMO's Marine Environment Protection Committee (MEPC). ExitThe committee is currently engaged in the implementation of a global treaty for the Control and Management of Ships' Ballast Water and Sediments that is intended to reduce the introduction of harmful aquatic species. Although this Convention has not yet entered into force, EPA works with others to assess proposals for IMO approval of ballast water management systems that may be employed on international shipping.

Contracting Parties shall individually and collectively promote the effective control of all sources of pollution of the marine environment, and pledge themselves especially to take all practicable steps to prevent the pollution of the sea by the dumping of waste and other matter that is liable to create hazards to human health, to harm living resources and marine life, to damage amenities or to interfere with other legitimate uses of the sea.

In 1996, a Protocol was developed to amend the London Convention to ban ocean disposal of radioactive wastes and incineration at sea. Article II of the 1996 Protocol defines the objectives of this amendment as:

Contracting Parties shall individually and collectively protect and preserve the marine environment from all sources of pollution and take effective measures, according to their scientific, technical and economic capabilities, to prevent, reduce and where practicable eliminate pollution caused by dumping or incineration at sea of wastes or other matter. Where appropriate, they shall harmonize their policies in this regard.

Additional information on EPA's involvement with the London Convention. 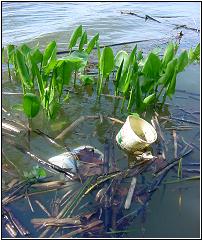 Marine trash and litter refers to man-made solid materials that have been intentionally or accidentally released by humans into inland water bodies, near or on the shore, and in the open ocean. While a wide range of materials may be released, the majority is in the form of plastics. Plastics and other aquatic trash have reached all the world’s oceans and have become a global problem.

Plastics can persist in the marine environment for a considerable time period, in some cases for hundreds of years or even longer. Over time, as a result of prolonged sun exposure and other physical and chemical elements, plastics deteriorate in the marine environment into numerous tiny fragments, called microplastics. In this way, they can easily enter the food web.  Since these microplastics are less visible, their potential environment and health implications are less obvious. These items pose potential threats to marine life, coral reefs, boats, coastal ecosystems, wastewater and sewage infrastructure, and human health.

EPA programs address all types of marine trash and litter, not just plastic trash, as other forms of aquatic trash also have adverse ecological and human health impacts. 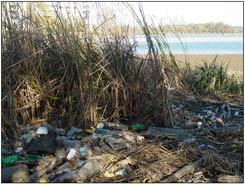 Internationally, EPA works on marine litter reduction and prevention through the Trash Free Waters International initiative.  Based on the Office of Water’s domestic Trash Free Waters efforts, EPA engaged with Peru, Jamaica and Panama on using this stakeholder-based approach to identify and prioritize solid waste management challenges.  Working with national and local governments and NGOs, projects were developed in all three countries with the aim of demonstrating small-scale, cost effective efforts to reduce marine litter in key communities.

EPA also works on marine litter reduction and prevention through the Protocol Concerning Pollution from Land Based Sources and Activities Exitto the Cartagena Convention. EPA serves as the national focal point for the Protocol. In addition, EPA participates in the Global Partnership on Marine Litter, Exit a voluntary coordination mechanism of international agencies, governments, NGOs, academia, private sector, and civil society that work together to reduce and prevent marine trash and litter.

For more information on EPA’s domestic programs that address this important issue, please visit the Trash Free Waters Program. The innovative policies, programs, and process approaches that we implement at EPA address our own national contributions to the marine litter problem, and may also serve as models for other nations to consider.

EPA works on marine protection in the Arctic through the Arctic Council and its working groups, as well as through the negotiation of the IMO’s mandatory code for ships operating in polar waters (the Polar Code).

To learn more about marine and other activities in the Arctic, visit our Arctic Council site and explore the Polar Code in our International Maritime Organization site.