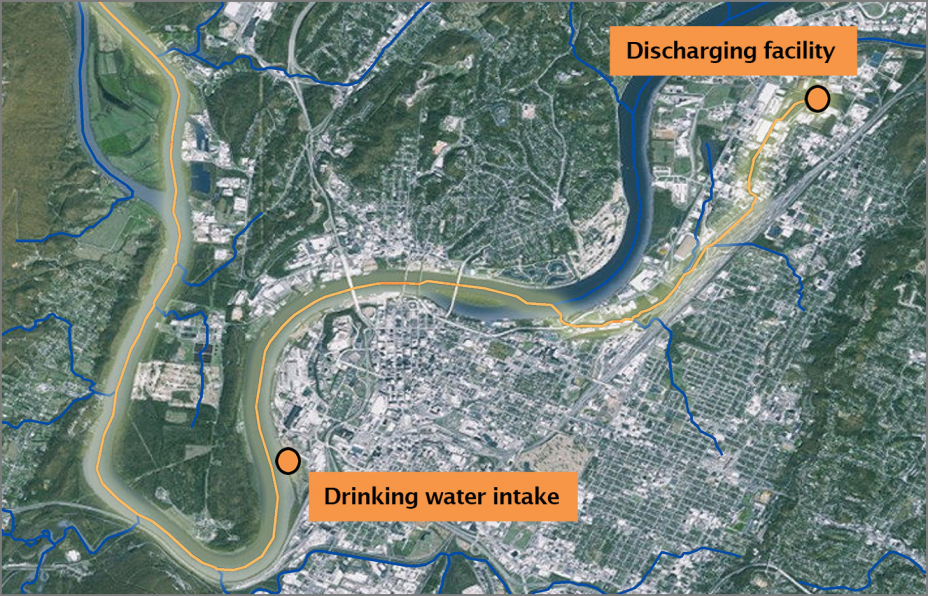 RSEI does not include specific data on the following components related to water modeling:

For each stream segment downstream from a facility discharging to water, RSEI calculates the following metrics: