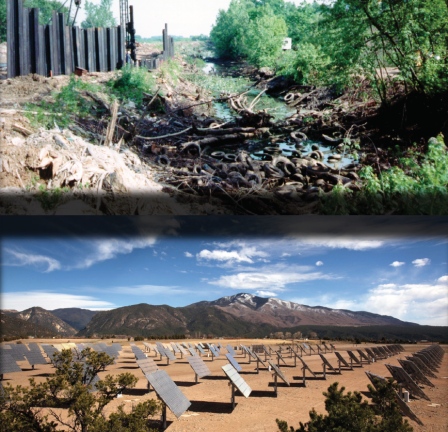 The Superfund Task Force published its final report September 9, 2019 highlighting the Task Force’s accomplishments and plans to build and expand on this important work going forward.
Final Report and Accomplishments | Stories of Progress 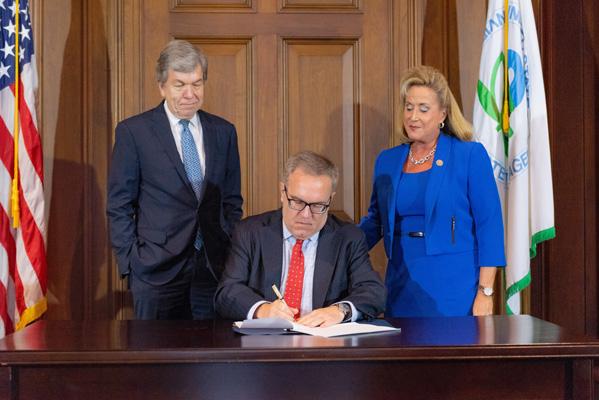 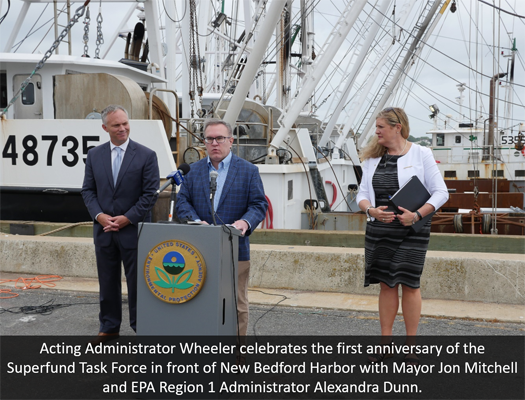 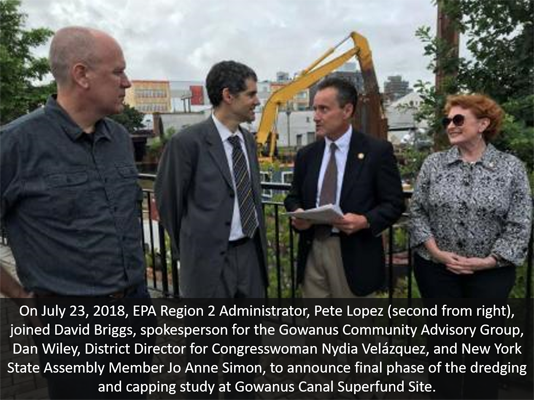 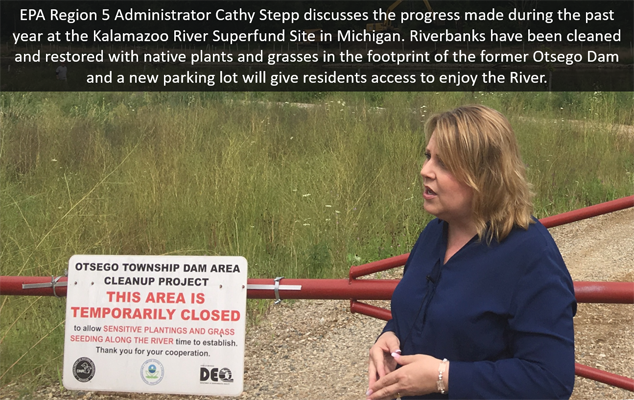 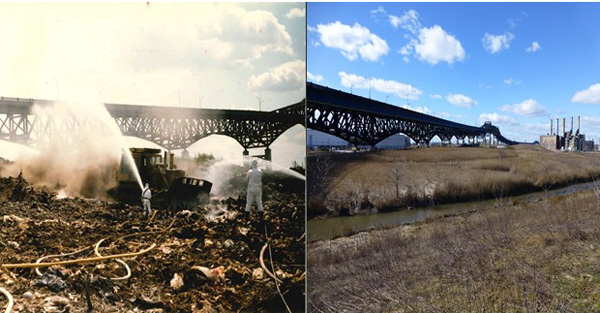 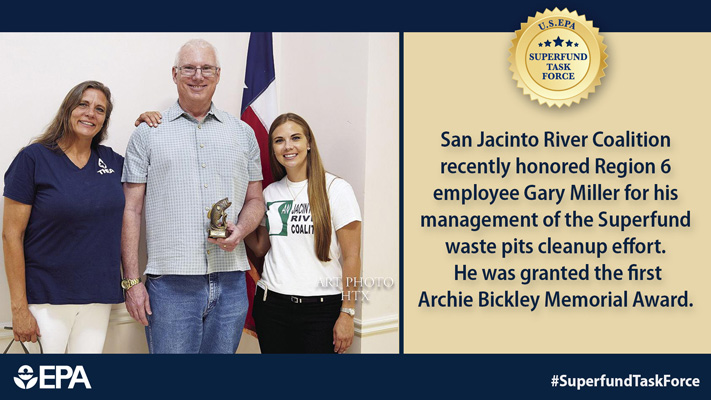 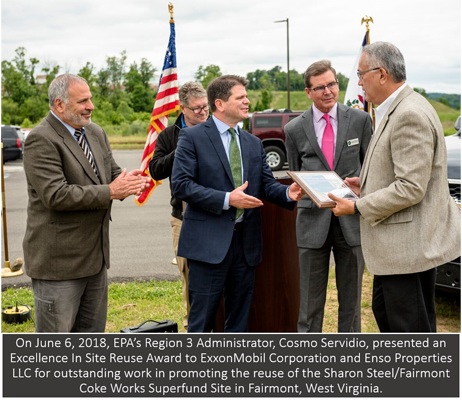 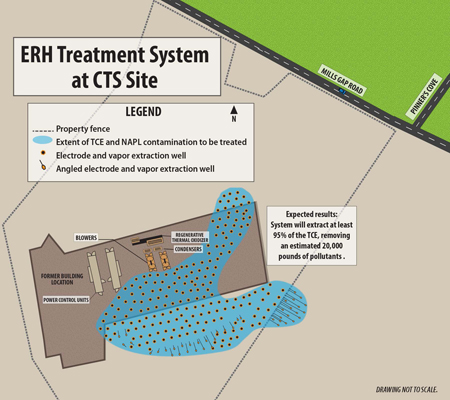 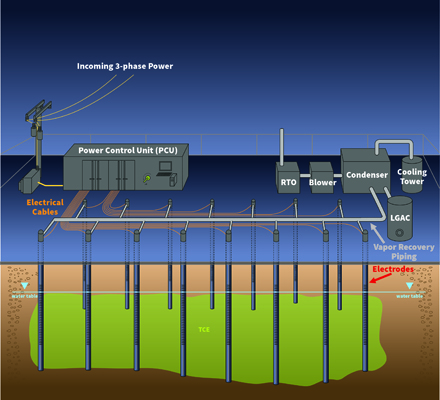 Cross-section showing how electrical resistance heating treatment works to extract contaminants from below ground and treat them above the surface. Credit: TRS Group, Inc. 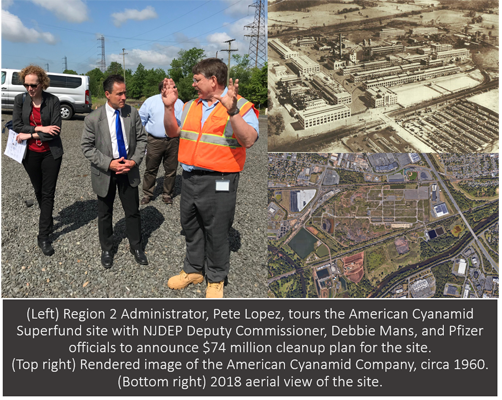 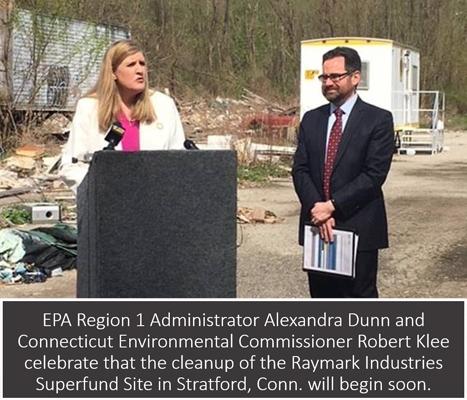 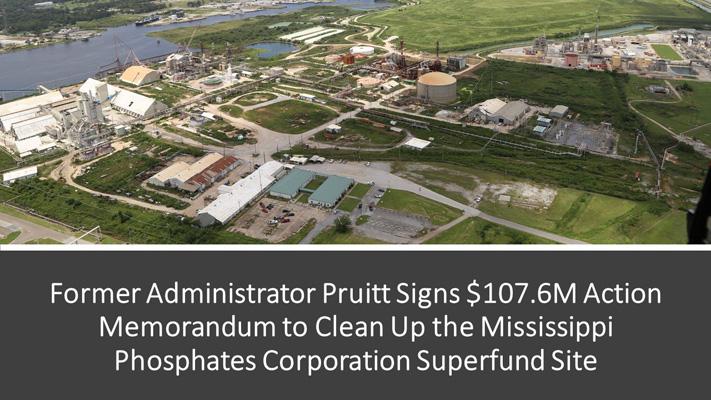 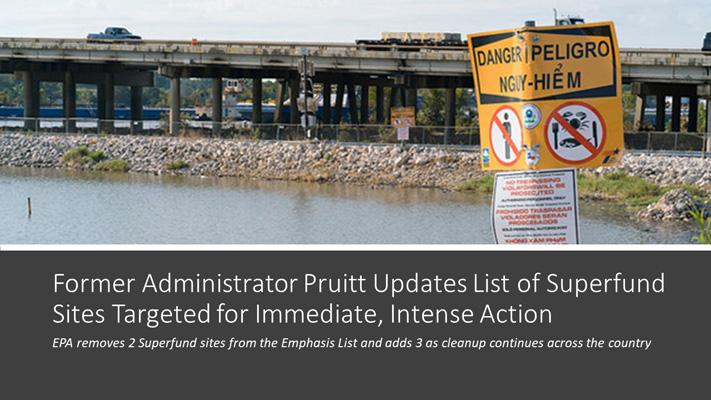 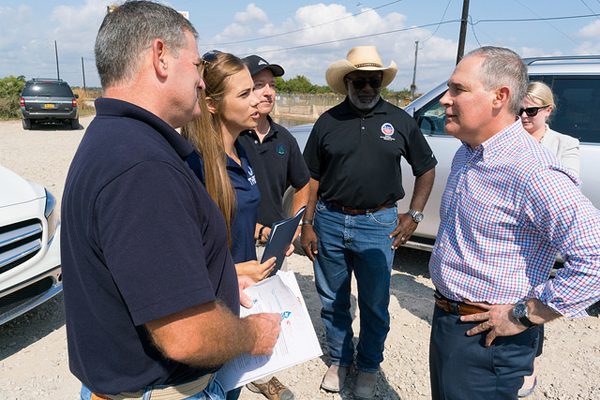 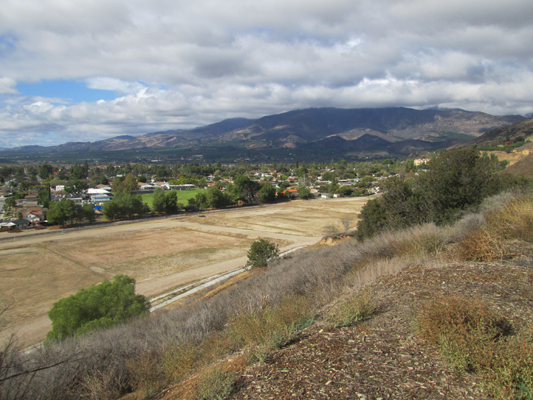 On March 22, 2018, EPA deleted the surface soil portion of the 55-acre Pacific Coast Pipeline site in Fillmore, Calif., from the Superfund National Priorities List clearing the way for commercial or recreational use. 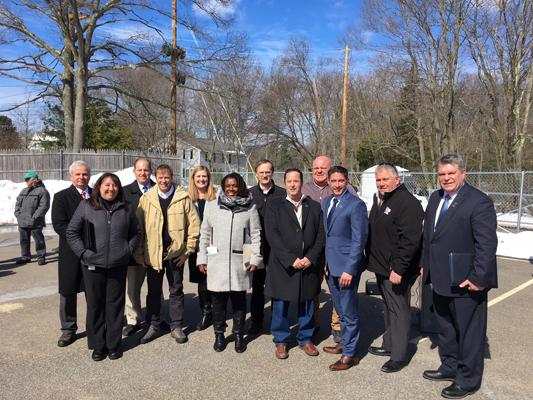 Representatives from EPA, the Massachusetts Department of Environmental Protection, and the towns of Foxborough and Mansfield gather to celebrate the deletion of the Hatheway & Patterson site from Superfund’s National Priorities List. 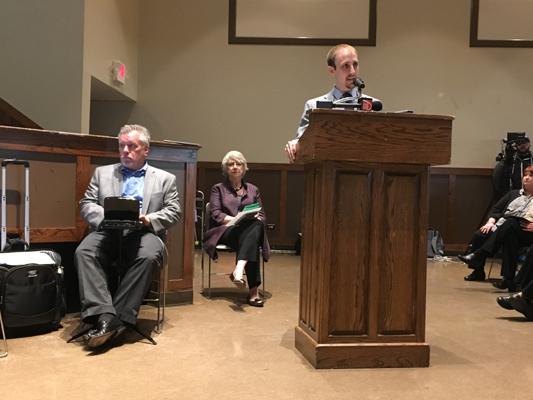 Tom Mahler, a remedial project manager from EPA’s Region 7 office, presents the proposed remedy for the West Lake Landfill Superfund site to an audience of more than 600 community members and officials in Bridgeton, Missouri, on Mar. 6, 2018. 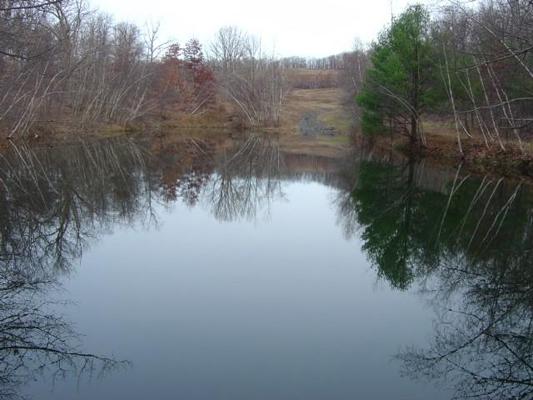 On Feb. 27, 2018, EPA deleted the C&D Recycling site in Foster Township, Luzerne County, Pennsylvania, from the Superfund National Priorities List. EPA conducted oversight of the remediation work by Nassau Metals Corporation to clean up soil and sediment contamination, and has determined the site no longer poses a threat to human health or the environment. 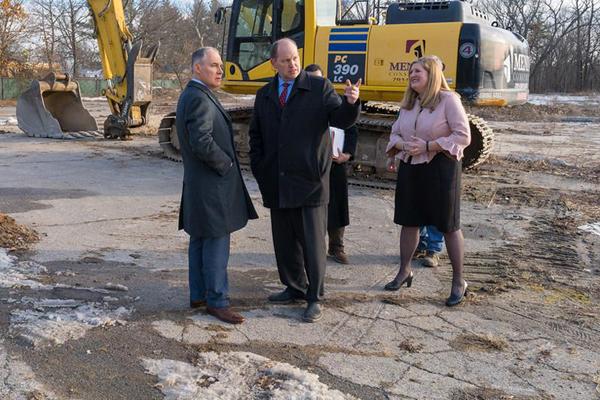 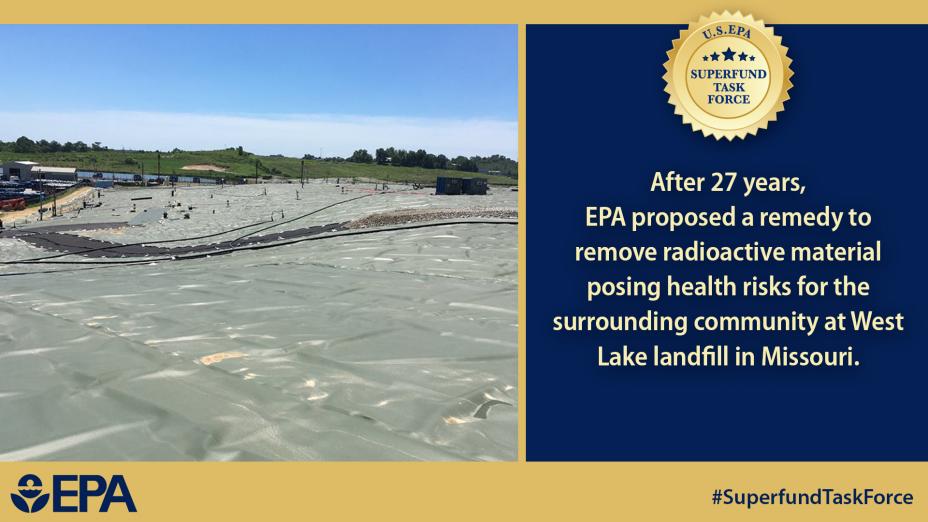 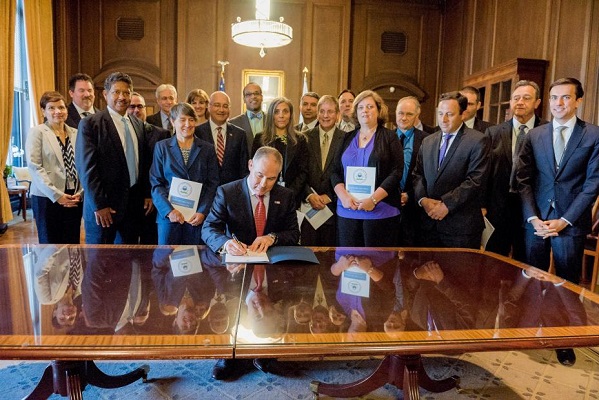 On July 25, 2017, former EPA Administrator Scott Pruitt signed the Superfund Task Force Recommendations, setting into motion a process to improve and expedite the program.
< Previous Next >

Protecting human health and the environment is EPA’s core mission. Ensuring that the Superfund program operates optimally is one of this mission’s cornerstones.

With this in mind, former EPA Administrator Scott Pruitt established the Superfund Task Force on May 22, 2017, to provide recommendations for improving and expediting site cleanups and promoting redevelopment.

Specifically, the Task Force looked at how EPA can:

On July 25, 2017, EPA’s Superfund Task Force released its recommendations, which are organized under five goals:

EPA convened workgroups and actively engaged our partners and stakeholders to successfully implement the Task Force’s recommendations. The workgroups identified effective ways to implement the recommendations and reach outcome-driven results to expedite cleanups, site redevelopment, and community revitalization while protecting human health and the environment.

The Task Force released its final report in September 2019. The report covers the Task Force’s accomplishments and the Agency’s plans to build and expand on this important work moving forward.

EPA ensured that the work of the Task Force was transparent and accountable by providing quarterly updates that highlighted the accomplishments to date and the next steps for each recommendation. You can find these status reports below.

The 2018 Superfund Task Force Report highlighted the numerous accomplishments achieved by the hard-working EPA staff who planned and implemented specific actions to expedite reduction of risks to human health and the environment and to accelerate the reuse of properties affected by hazardous substance contamination.

The Superfund Task Force Quarterly Reports provide a comprehensive list of accomplishments from each quarter starting from October 2017.

The Task Force offered opportunities for the public to provide input on the Superfund process. To this end, the Task Force developed its Partnership and Stakeholder Engagement Strategy (PDF)(3 pp, 128 K). Under this strategy, EPA conducted dialogues via meetings, web discussions, and other fora. These conversations established and strengthened partnerships and public engagement during implementation of the Task Force recommendations.