Back to: Consistency of Evidence 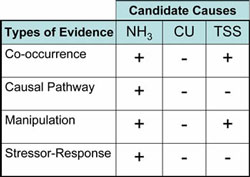