The impairment (low fish production) may be caused by many agents, but only a few cause the specific symptom (spinal deformity). 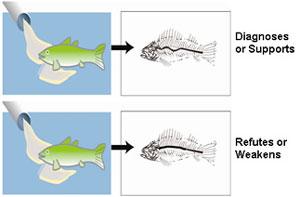