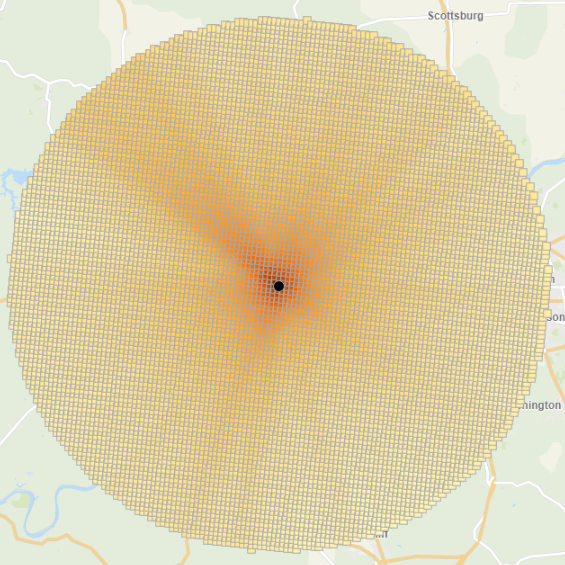 RSEI does not include specific data on the following components related to air modeling:

​RSEI estimates a concentration for each 810-meter grid cell around the facility for 49 kilometers. For each grid cell, RSEI calculates the following metrics: