Explanation of Evidence: Confidence in the argument for a candidate cause is increased when a post hoc mechanistic, conceptual, or mathematical model reasonably explains any inconsistent evidence. 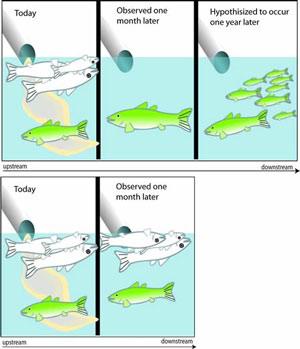 Consider point source discharge of metals as a candidate cause of reduced abundance of fish and macroinvertebrates. What findings support or weaken the case for increased metal concentrations as the cause, in terms of explanation of the evidence?

How Do I Analyze Explanations?

Generally the explanations depend on the expertise and judgment of the scientists who are conducting the assessment.It is a relatively weak type of evidence, because assessors often can suggest explanations after the fact. However, thinking about possible explanations can lead to the collection of new information that could increase confidence in iterative assessments of the impairment.

What Evidence Would Support or Weaken the Case for a Candidate Cause, in Terms of Explanations of Evidence?

How Do I Score the Explanations?